Girls Are On Film

and your eight year old is probably watching them.

[Inspired by Music Week/Newsbeat and aided by good old Wikipedia]
Disclaimer: This post is safe for work but some of the videos mentioned may not be.

Let me set the scene:
This month saw the beginning of the trial period for the introduction of age ratings on online music videos. In the first phase of the age rating process the videos are submitted for review and are rated with classifications similar to films by the British Board of Film Classification (BBFC). At the moment this only applies to artists signed to UK labels but it is expected that 20% of videos submitted during this period will receive a rating. The second phase of the project will see videos go live on YouTube and Vevo with their ratings but a date has not been set for this yet. The music industry's already is disarray and children are already desensitised to what they see on TV, so do we really need these ratings? Yes. Yes we do. 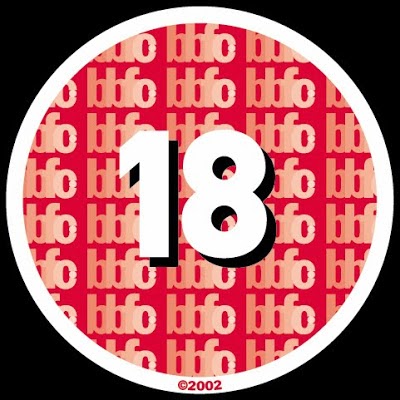 Music vs Movies
Regardless of the artists involved, should people of a certain age have such easy accessibility to these unsuitable clips? If you've read my previous piece on windowing music releases (or even if you haven't), it's becoming ever clearer that there are lessons the music industry should be learning from the film industry. Age ratings on videos is a positive step towards this. The film 'Spring Breakers' starring Selena Gomez and Vanessa Hudgens is rated certificate 18 in the UK. Although Gomez and Hudgens are former Disney stars, there's no way one would consider allowing a child of the prime Disney Channel demographic to watch 'Spring Breakers'. The age certificate acts as a huge detterent for family and friends. Music videos lack that deterrent. Not only that, music videos are so much more accessible than films by being readily available on the internet for free and they are shown on music TV channels 24/7. How are you going to know that Nicki Minaj's 'Anaconda' video or Mastodon's video for 'The Motherload' are going to feature explicit content? You don't until after you've watched them. Without an age ratings or even a 'parental advisory' banner, it's impossible.

Asking for trouble
In an interview with BBC Newsbeat, Mercury Prize nominee FKA Twigs raises an interesting point that rather than to ban videos or stamp an age rating onto them, artists should be offering an alternative. So rather than the naked girls prancing around with an '18' rating stamped on the front, there could be a nice child friendly version shown on TV and available online. This is something that was obviously offered with Robin Thicke's 'Blurred Lines' [censored/uncensored] but even though the video is censored, to me, the themes in the song still warrant some sort of age rating. If artists do begin to go down the route of an alternatively "clean" video, are they going to begin pushing the boundaries even more with their explicit versions? Whilst researching this topic, my most interesting find was N.E.R.D.'s 'Lapdance' [censored/uncensored]. Although the censored version contains no expletive language, there are still some fairly provocative ladies writhing around in the video. Something to note however is that this video already carries an age restriction on YouTube due to the breach of the platform's community guidelines.

Can this be policed?

So here we are, we've got our YouTube age restrictions, the 'parental advisory' and 'explicit' banners, each video has been individually certified, but how do we even begin to police this? For a start, everybody needs to be on the same page. The government, video streaming platforms, internet service providers and the music industry as a whole need to come together and strategise about how this is really going to work. It's no secret that a thirteen year old would be able to set up a YouTube account, enter a fake date of birth listing themselves as over 18 and then be free to browse the platform's content at their heart's content. Stricter guidelines and provisions need to be put into place so that breaking the rules isn't so easy.

Are we taking this too seriously?
Sex and nudity (the focus of this post), let alone drugs, violence and gore have been present in music videos since the 1980s and although these videos were controversial at the time, no one really bats an eyelid now. A fun example is Blink 182's video for 'What's My Age Again' which was released in 1999. I was the ripe old age of seven when I first saw this video on daytime MTV and until I started this article, it hadn't even crossed my mind that this clip contained nudity that could potentially force it to be given an age certificate. What we need to bear in mind is that the internet allows anyone of any age such a wide spectrum of accessibility to all different types of media. By enforcing age cretificates and other restrictions now, there will inevitably be more protection in the future, and goodness only know what music videos will be like in another 30 years.