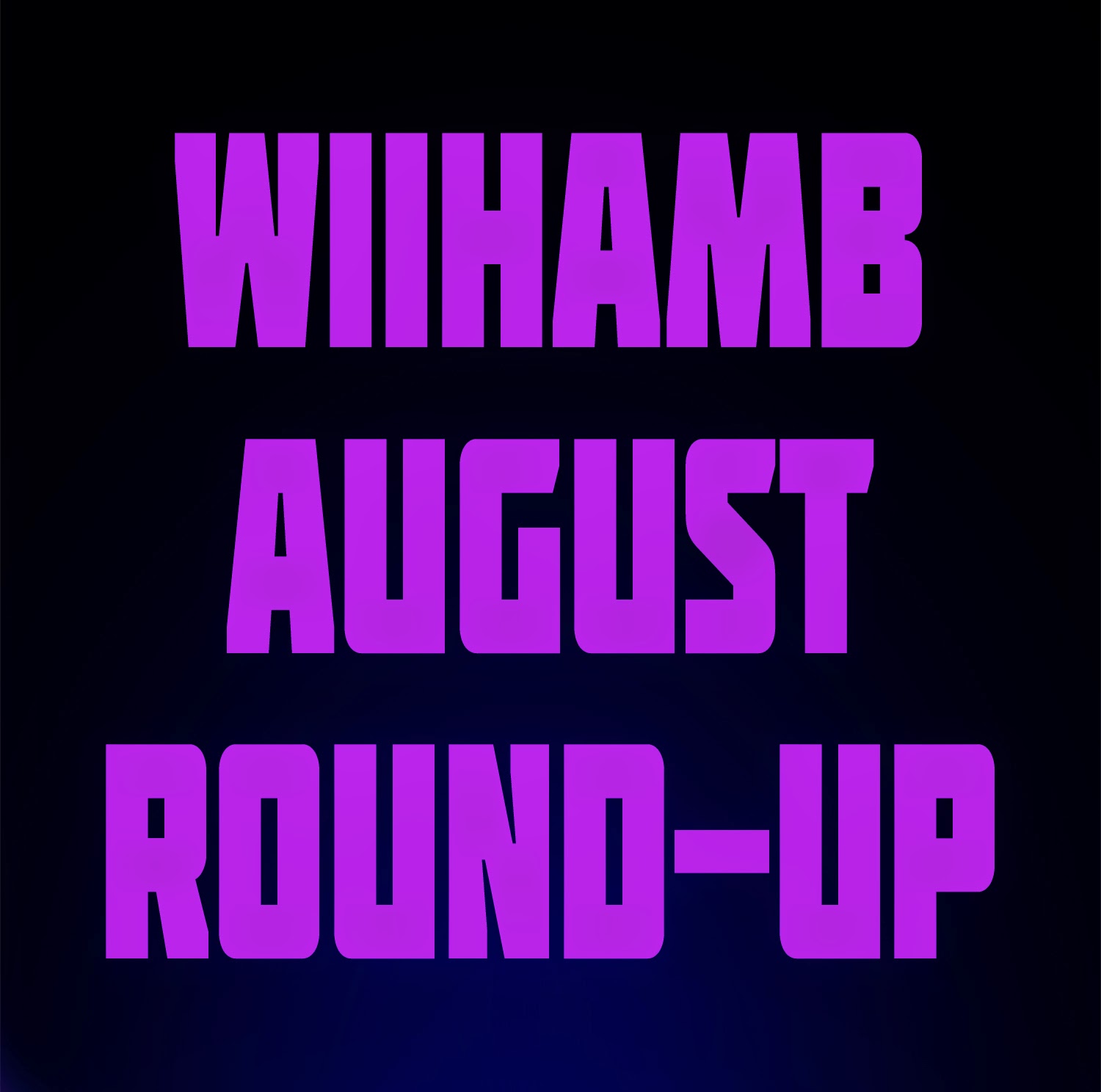 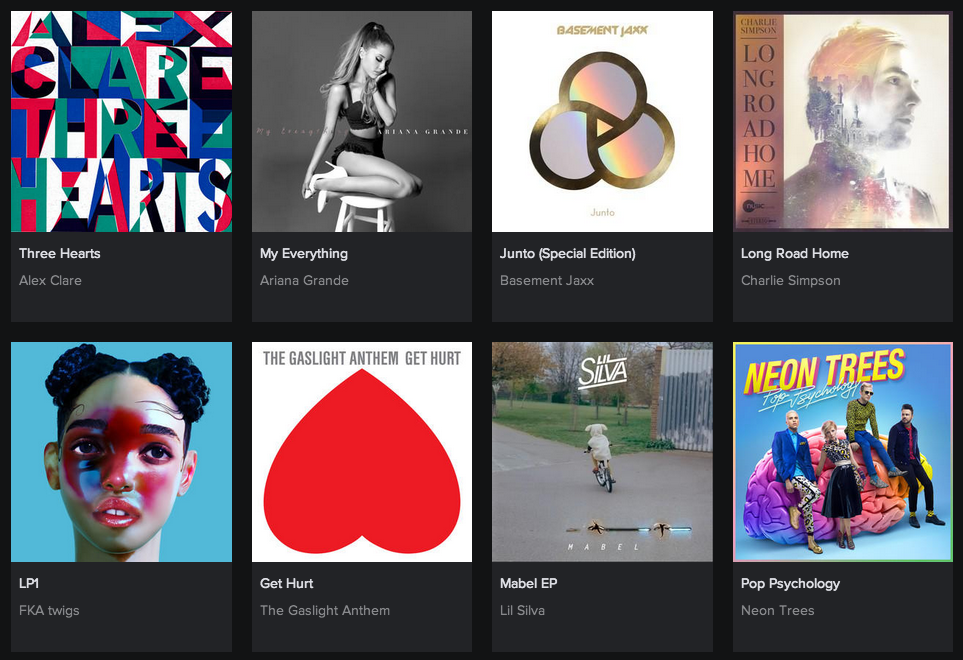 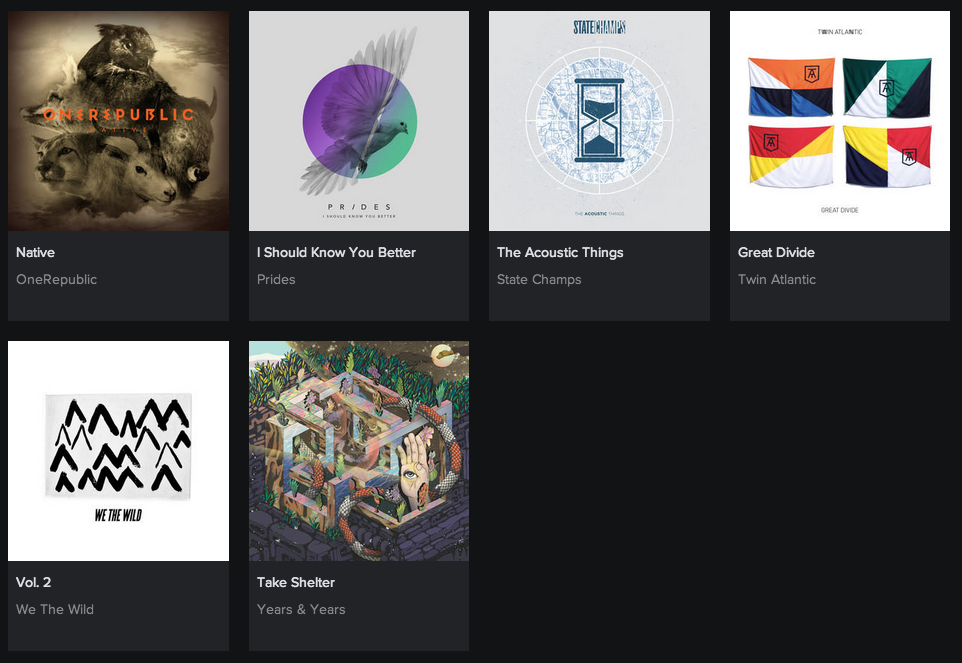 Contrary to what I originally suggested, the end of August post is an August round-up. YAY! It's just a little shorter than usual.

Ariana Grande - My Everything
Ariana Grande is spectacular. A lot of pop artists at the moment are trying to do the pop/urban crossover thing. A lot. But Grande pulls it off effortlessly. With tonnes of collabs on this album including Big Sean, A$AP Ferg and Iggy Azalea, it's impossible to get bored on this 12 track sophomore effort from the former Disney star. From club hit 'Break free' featuring Zedd to ballad 'Just a little bit of your heart', Grande really doesn't miss a trick.

Ella Eyre: Comeback
Twenty year old Ella Eyre's second official single comes in the form 'Comeback'; a catchy and fiesty pop song. It has been said that the video is a little more 'get back at' rather than 'comeback' but it doesn't even matters. She's definitely not someone to be messed with!

Childish Gambino, Deep Web Tour - Brixton Academy, London
It's no secret that Donald Glover is an incredible performer, be it as an actor, comedian or musician, he's great. It's also no secret that the Deep Web Tour had a number of technical hitches and glitches over on its run in the US so I was more than nervous about everything making its way over to the UK. All my worries were put to rest when we walked in to Brixton Academy greeted by a huge screen displaying real-time messages that could be sent to the screen via the tour app. The first half of the show revolved entirely around 'because the internet' featuring some of the most insane stage production I've ever seen. In some ways it was as though 'because the internet' had come to life. For the second half Gambino rattled through an impressive 12 back catalogue tracks including three from Culdesac (!!). The evening was topped off and completed with a freestyle encore. Solid 10/10.

Other August Additions:
Secret Cinema presents: Back To The Future
Lower Than Atlantis, Decade and Yearbook at Dingwalls, London
Prides (and Blink 182) at Brixton Academy, London
The Purge 2: Anarchy
CHIPOTLE GIVING AWAY 2000 FREE BURRITOS EVERY DAY FOR AN ENTIRE WEEK!
Broadway Market
Notting Hill Carnival
Don Broco at The Haunt, Brighton

Posted by WhatIfIHadAMusicBlog at 17:00 No comments:

I'm still on holiday, but WIIHAMB isn't! Keep up to date with all of the daily goings-on over at WIIHAMB Daily.

Posted by WhatIfIHadAMusicBlog at 18:00 No comments:

I'm away for the next week but I haven't forgotten about you! Keep up to date with all of the daily goings-on over at WIIHAMB Daily.

You Need A Holiday, Come See Me


I'm going away for a week with some chums (and some idiots) next week so I'm currently desperately trying to get everything queued up for the next two weeks. I'm trying to prepare as many "new" posts as possible but I think this will be a perfect opportunity for me to start the 'Sorry I missed it/I'm late/Keep the fuck up with shit already' type posts I talked about a while ago. Also trying to get either an August round-up or Summer vlog ready for the end of the month!

Stay tuned until I'm back and do your best to keep up.

Also make sure you follow all of the things below!

Posted by WhatIfIHadAMusicBlog at 19:30 No comments:

Posted by WhatIfIHadAMusicBlog at 18:58 No comments:

Posted by WhatIfIHadAMusicBlog at 19:42 No comments:

I can't begin to explain to anyone how much Redfest means to my friends and I. Consistent line-ups crammed with upcoming and unsigned bands spanning genres far and wide. And Redfest 2014 was no different. This year, I saw a lot less than normal, but it's safe to say that the majority of what I did see was excellent. 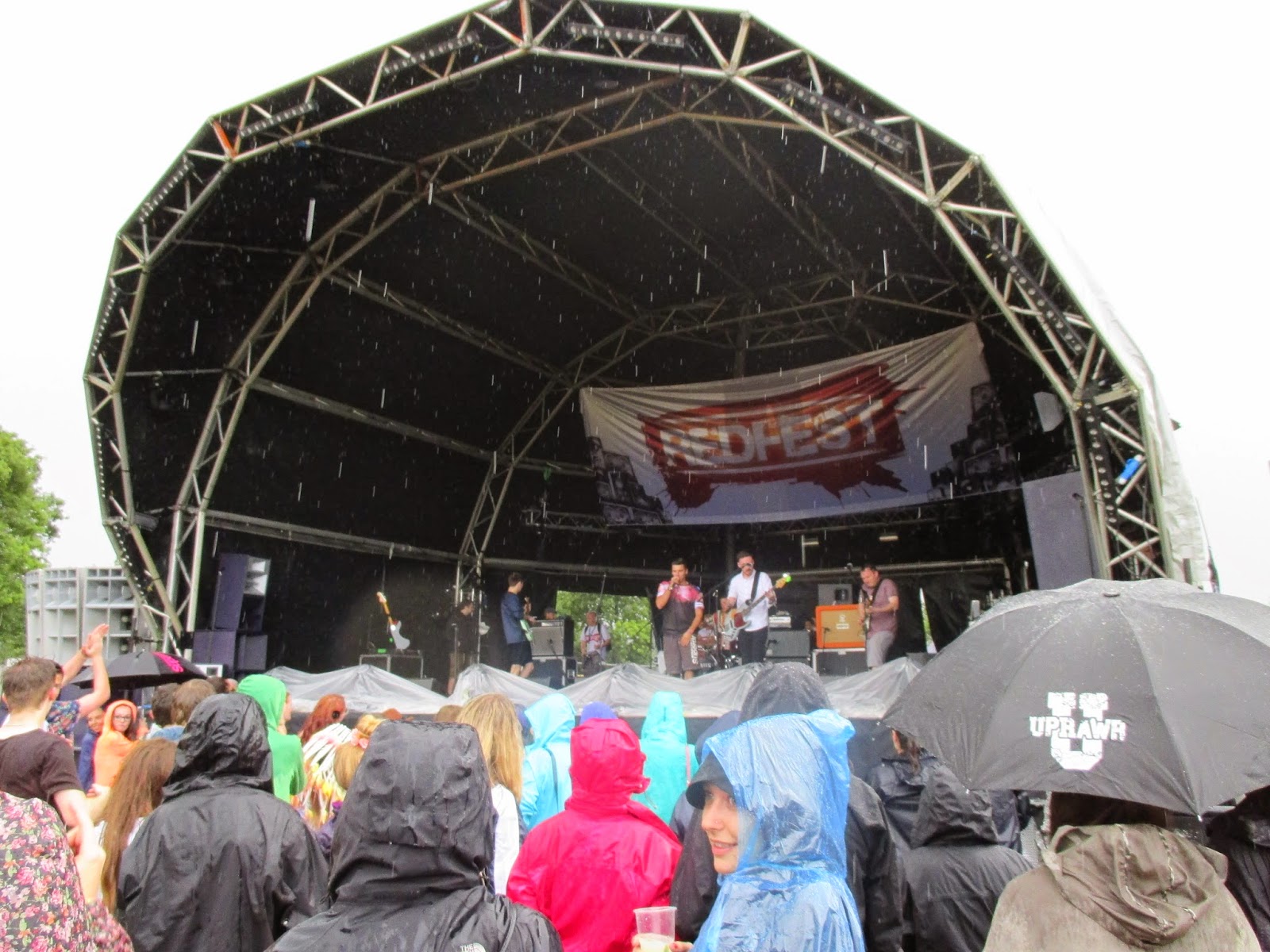 Aurora were second to grace the Total Uprawr stage this weekend and by jove did that grace it well. Jess made her way down to the floor in an attempt to get the early ever-growing crowd going. Her range of vocals seemed to get quite a few attendees pretty intrigued too. Shortly after leaving Aurora, the heavens opened but the rain didn't stop The Lafontaines on the main stage. Driving for around 16 hours down from Glasgow to Surrey The Lafontaines were my highlight of the weekend. Their hip hop rock fusion is enough to get anyone moving even if it was still tipping it down. Friday night headliners Skindred, although being a slightly strange choice, played all of 'the hits' and pumped everybody up ready for the night ahead at the infamous Silent Disco. 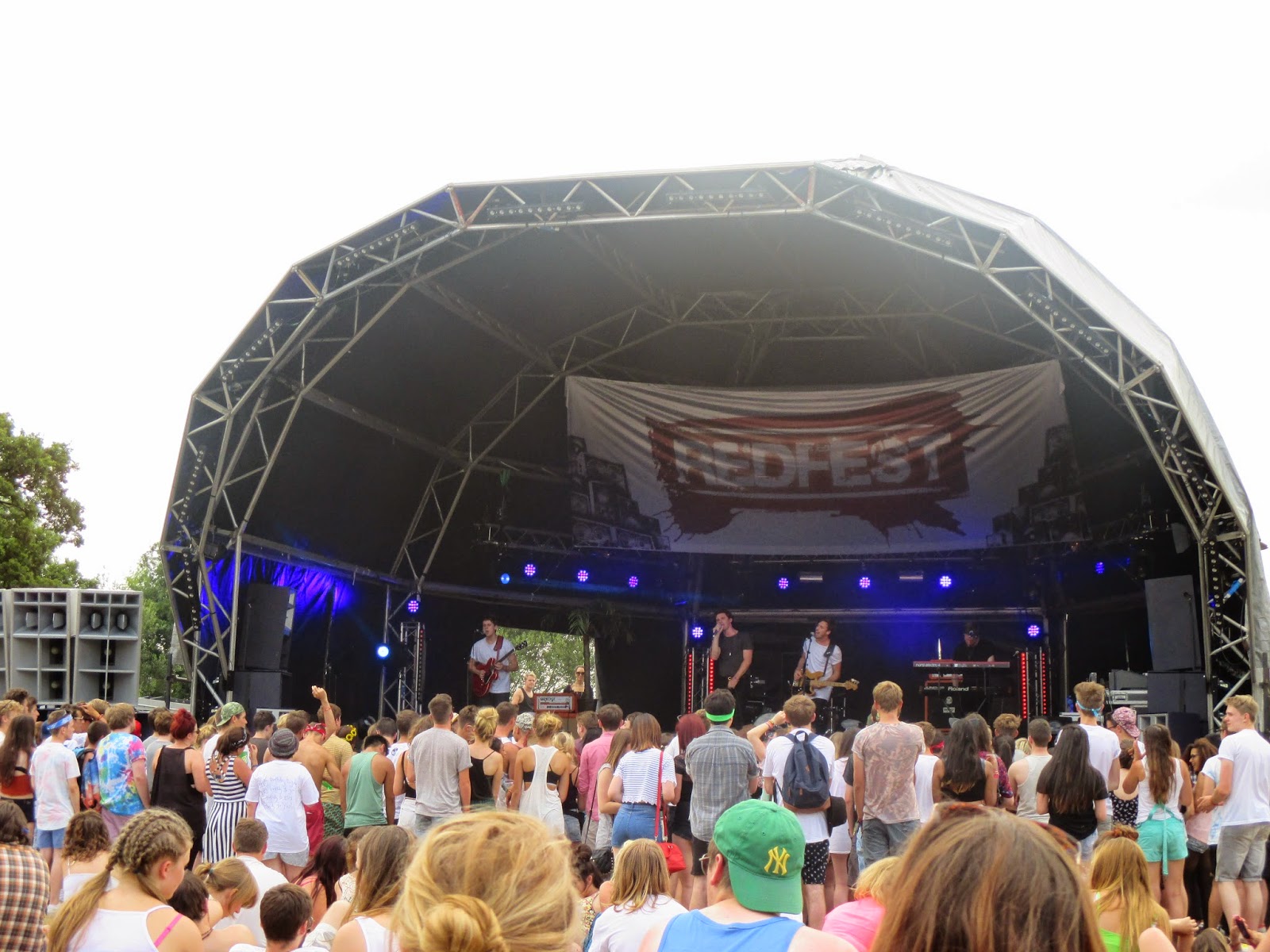 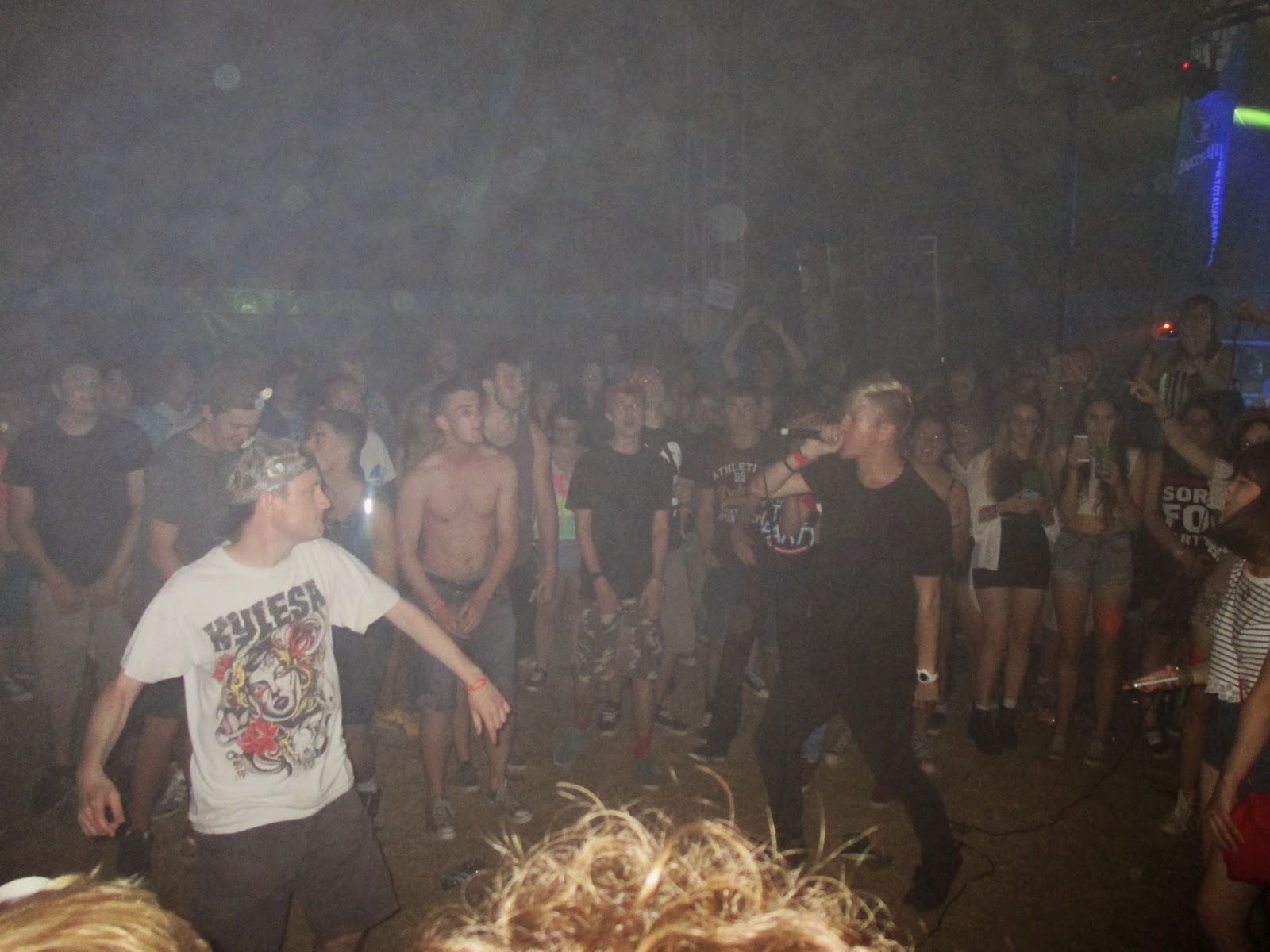 Starting early on the Saturday, Southampton's Our Hollow, Our Home got things going on the Total Uprawr stage but it was maybe just a bit too early for the circle pits they desired. Coasts always sound so tight live and Redfest was no different. Their up-beat indie tracks had the crowd dancing and singing along especially to the likes of 'Oceans' and 'Golden City'. My biggest regret was not going to watch High Tyde, I could hear them from the box office and they sounded great, so that's kind of alright I guess. The Blackout closed the Total Uprawr stage for the weekend and got the party started (see what I did there) good and proper. The highlights of their set were definitely 'Higher & Higher' and 'Save Our Selves'.

Redfest is always a great weekened and I genuinely don't know anyone who has been and not had a good time. We're not sure about Redfest's fate but it would absolutely kill us not to see Redfest to return next year. It's so important to support small local festivals like this because without the attendees, they're nothing. The team around us work so hard throughout the year and then a billion times harder during the weekend. Huge shout out to Heart, Heather, Marianne, Fiona, our all-time favourite raver Harry and of course the incredible Matt. Thanks for everything and we hope to see you next year! 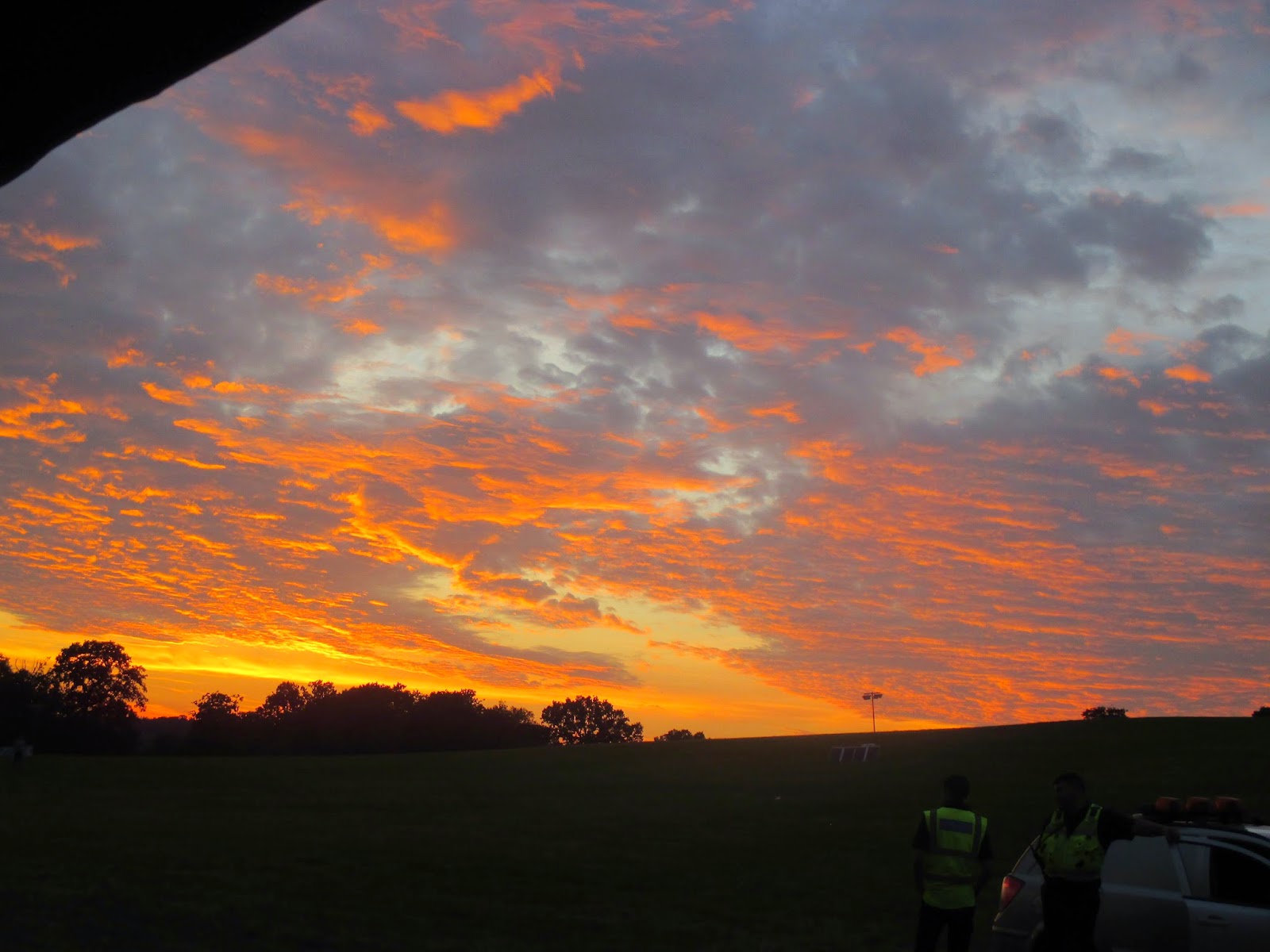 Posted by WhatIfIHadAMusicBlog at 17:41 No comments:

For the first time in a year and a half I missed a day of posting this week. I think I'm okay with it and ready to accept that things aren't always going to be as regimented as they could be. 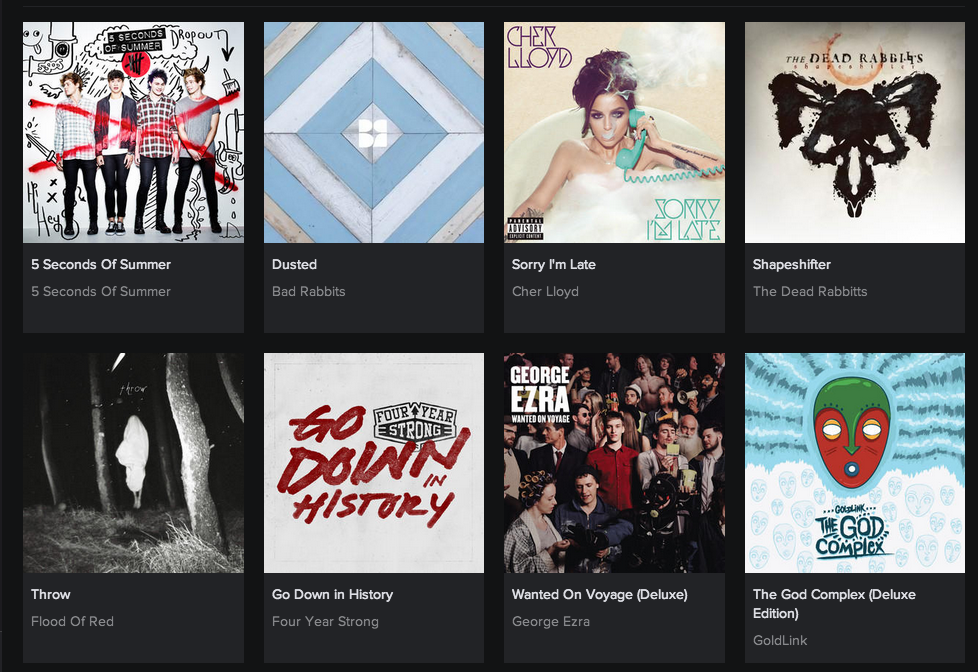 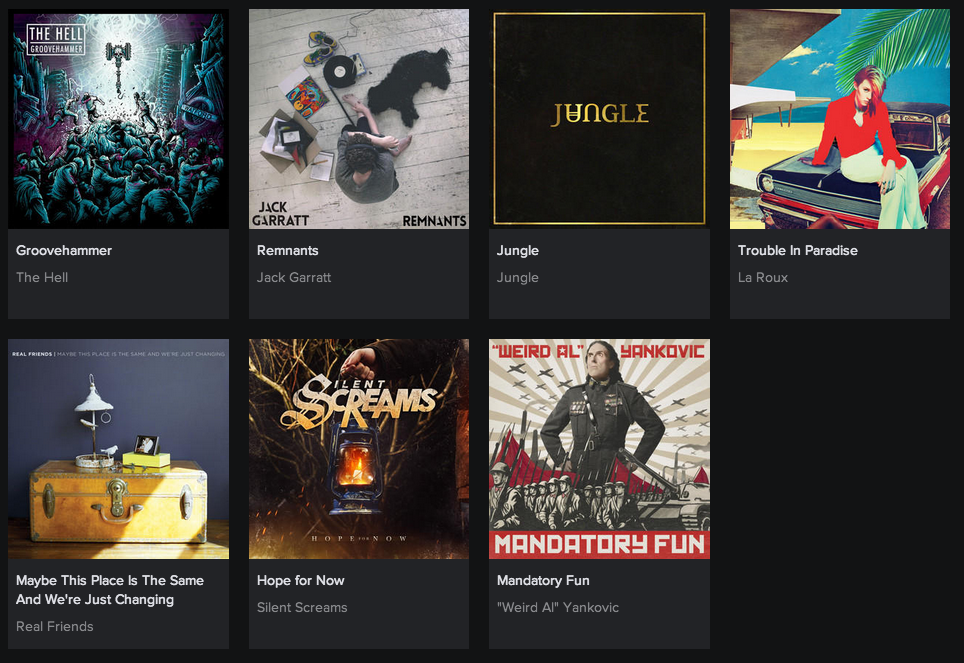