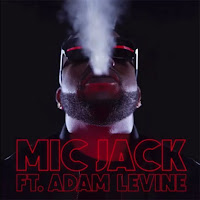 Let me tell you a lil something about Big Boi: He out here creating hits and none of y'all pay any damn attention every single time. It's a heartbreaking state of affairs that I am straight up over. Obviously we're all familiar with Big Boi's output during the Outkast era, especially during the Speakerboxxx/The Love Below cycle, most notably on 'The Way You Move' and his verse on'Roses'. But even with the high profile attention that those tracks garnered, 'Hey Ya!' was (and is still) such an astronomical international success that Big Boi's works almost got left behind.


Fast-forward to 2010 and 17 year old me is at a stage in my life where I am heavily invested in predicting the next big hit. That was back in a time where things could be anticipated long before tracks were actually released physically and/or digitally. It was also a time when I was becoming extremely invested in Radio 1 specialist shows. There was this new single from Outkast's Big Boi and I'm not sure I've ever heard Zane Lowe back something as hard as he backed 'Shutterbug'. And I was with him. "This is it", I thought. "A summer smash like no other." It wasn't. It did peak at number 13 in the UK singles chart which I was surprised to learn the other day, but it deserved so much more. But here we are, seven years on and things don't really seem to have changed much for Big Boi.

Back in April Big Boi released a pair of new singles to launch the campaign for his forthcoming album, Boomiverse, scheduled for release this week. Now, you see, I don't believe in releasing more than one single at a time because I think it makes the campaign messy and both songs are never going to be equal amounts successful, however, 'Kill Jill' and 'Mic Jack' (title-wise at least) go hand in hand. These two tracks are pretty drastically different in terms of sound though, whilst 'Kill Jill' featuring Jeezy and Killer Mike takes a more straight up rap/hip hop route, 'Mic Jack' is a second chance at that summer smash. Or at least, it was. With Adam Levine on the chorus and unnamed female vocalist all over the outro, this is Big Boi doing possibly his best pop effort ever. But this song has been out for two months now and ain't nobody giving a fuck, which is something I find quite appalling. "Out the oven 'cause we never microwavin'". Why are you sleeping on this, universe? I don't understand. Justice for Big Boi and the Boomiverse era immediately. I will say that I'm fairly upset that the outro is just cut from the video version of the song, but it's legitimately one of the highlights. Also why isn't this female vocalist credited? There is no reason for her to be anonymous in this day and age.