Can you believe it's almost over already? Mad isn't it, considering none of us are actually there yet. Friday always seems to be a bit more thin on the ground than the previous two days so that's my excuse for the more concise nature of this post. Without further ado, here's everybody I suggest you should see on the final day of this year's Great Escape Festival. 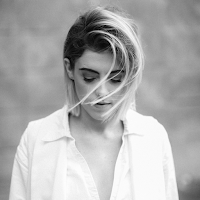 I have been narrowly missing out on seeing Teischa live for about the last eighteen months but I (alongside you, dear reader) am putting that to rights this weekend. I first posted about Teischa Jones when she was going by her full name three whole years ago. The 21 year old does simple pop with a soulful vocal and we're all going to watch her do this live at midday on the Dr Marten's Stage. Yes, I did just say midday. Fight me. If your weary bones couldn't stay awake long enough for Ecca Vandal on Thursday night, she's up on the Dr Marten's Stage straight after Teischa at 12:40. Next we're up to The Hope and Ruin for off-the-wall French electro-pop two piece SuperParka at 13:30. Lead single 'Girl', from their debut "mixtape", sounds a bit like Superorganism with poppier roots and literally a quarter of the members.

It's down to the Queen's Hotel at 14:30 next for London based Crooked Teeth, who are billed as a "synth propelled noise pop band", which I'd say does them a fair amount of disservice. They're a rock band, with pop tendencies, and an American twang. It's back up to The Hope (and Ruin) afterwards for Holly Hardy, professionally known as CuckooLander. CuckooLander's three EPs so far all show quite different sides to the music that she makes, the latest of which is more... ethereal than it's predecessors. You can catch this particular spectacle at 15:30. If you missed The Faim on Thursday afternoon (which I actually quite feasibly may do now) you can catch them again at 17:00 at Volks.

Okay Saturday evening, letsbeavinu. Easy Life sound like an updated version of Jamie T's debut album but if it were made in the Midlands and featured a saxophone. The five piece play The Haunt at 18:30. A short walk along to Patterns (Upstairs) for 19:15 and you'll find yourself stumbling in on Valeras. As far as young British rock bands go, Valeras have to be one of the coolest you've never heard of. Not only are they all under 20 years old (maybe? sometimes birthdays happen) but they put quite a fun little twist on the indie/pop/rock thing which is a refreshing in this quite frankly over-saturated genre. From Patterns, cross the road and head down the pier to Horatios for ALASKALASKA at 20:15. The London based six-piece are described as off-kilter jazz/funk/R&B which has taken me right by surprise (alongside their latest single 'Meateater') because I 100% assumed that they were "just another indie band". (Day Fly also play again at The Walrus at 20:15 and it would be wrong of me not to note that.) 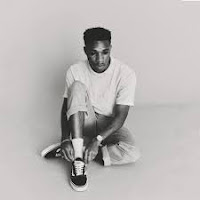 If Day Fly are the act I am the most excited to see at TGE then Tom Tripp comes in at a very close second. I know I shunned The Old Market yesterday but for Tom Tripp I am willing to go the literal distance to see his set from 21:15. The tracks on Tripp's debut EP RED, are a prime example of how to do slick R&B with perfectly fitting vocals. Man I am hyped. If you aren't willing to walk all that way west, I beg you go and watch Nervus instead who play at 21:30 at Sticky Mike's (a venue otherwise omitted from this entire guide). A very cool rock band who have threatened to just press play on some pan pipes if you get on stage with them. Worth it, I'd say. My final pick for you all of the weekend are Now, Now. An undoubtedly cool American duo on the verge of the release of their third album, I'm not sure why you'd want to end the structured part of the festival anywhere other than The Arch at 22:00.

Thanks so much for reading, I'll see you there, hit me up on Twitter @WIIHAMB if you fancy a beer or three xoxo
---
BLOGLOVIN / TWITTER / TUMBLR / INSTAGRAM