Happy second birthday to What If I Had A Music Blog. Yes, that's right, I've been slaving over this little blog for an entire two years. 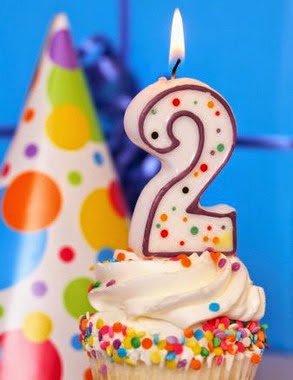 I don't think I ever really thought anyone be interested, sometimes I'm still not sure they are. I hoped that some of my friends would be into it and that someone would stumble across it on Tumblr every now again. Honestly, I never thought that I'd have over 400 followers on Tumblr and this site was viewed more than 900 times in December. Those numbers might feel relatively small compared to other bloggers, but for something I've just done off my own back because I felt like it one Saturday afternoon, I'm pretty pleased.

I know I moan about WIIHAMB as much as I moan about everything else, but I really do love doing it and it makes it really worthwhile when I see others enjoying my posts. The whole reason I started this was to just share music that no one had really heard of with people who I hoped might enjoy it. I don't know if the blog will stay like this forever, it's a lot of work at the moment but it's definitely something I want to continue in some form for as long as physically possible.

Thank you to every single human who has read a mere sentence of one of these posts, or pressed play on something I've suggested. Thanks to other bloggers who've been kind to little old me, sharing my bits and bobs. And a humungous thank you to every band/artist/music playing person who have shared any of my posts. I don't know if they realise how valuable just one retweet is.
(See below for my Twitter reach when re-tweeted by Architects - INSANE) 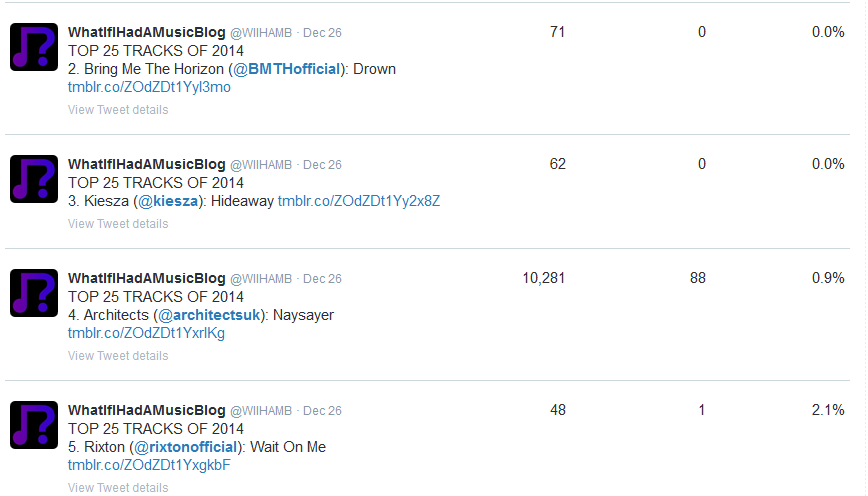 Something I've never really asked for before but I feel like I should ask for now is feedback. There are already a couple of things I'm working on to improve both the rig and vibe of WIIHAMB. I don't know if enough people pay enough attention to what goes on here, but any feedback positive or constructive would be really appreciated. Feel free to comment below or tweet or message me anything you think might be helpful!

Thanks again for reading, listening and being cool. Year number three, I'm ready for ya.

Email ThisBlogThis!Share to TwitterShare to FacebookShare to Pinterest
Labels: personal