The big news this week was that What If I Had A Music Blog turned two years old! Crazy, I know. There's a link to my birthday post down below if you haven't checked that out yet. Seeing as I wasn't really taking this whole thing particularly seriously for the first year and a bit, I've still got so many ideas for WIIHAMB that I'd love to work on. So watch this space. In the meantime...

Sunday
Maroon 5’s ‘Sugar’ is a bit more reminiscent of their earlier material compared to the other recent singles we've heard from the band. The video is one of those that leaves even stone cold hearted humans like me feeling warm inside. It’s also actually not half as staged as it looks, if you do some digging around the internet there are real life photos of Maroon 5 crashing real life weddings.


Lostboycrow had me with that intro. That intro is the sign of greatness to come. ‘HiyHiy’ is the new Flor produced single from LA based Lostboycrow. His Facebook bio describes him and his music as ‘a pop minded vocalist’s dark love affair with the world of modern R+B’ which I think sums this up pretty well. 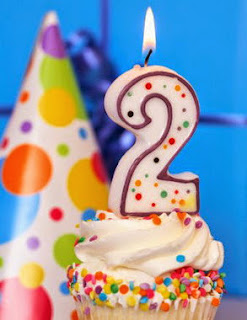 
At the ripe old age of 22, I’m not sure how socially acceptable it is to still love Hit The Lights and I’m also not sure how much of my love for this Ohio five-piece is pure nostalgia. Regardless, ‘Fucked Up Kids’ is a short two and a half minutes encompassing everything that’s great about this band.


Wednesday
20 year old Lauren Faith has done sexy in a song like you wouldn’t believe. At a mere two minutes and 22 seconds long, ‘Luxure’ is short but most definitely sweet. This is a free download, virtual high fives all round - so get it here.


The bottom line is, no matter how much you want to dislike this, it’s objectively very good. As It Is signed to Fearless Records at the end of last year, ‘Dial Tones’ is taken from their forthcoming album ‘Never Happy, Ever After’ on said label.


Throwback Thursday
When Will Young was good, he was really good. Obviously due to my grudge against ballads, ‘Your Game’ is my Will Young song of choice.


Friday
Majid Jordan’s “break”, as it were, was obviously courtesy of Drake and ‘Hold On We’re Going Home’. ‘Forever’ is actually the opening track on the Canadian duo’s ‘A Place Like This’ EP which was released last summer. Better late than never though, huh?


Saturday
Irish five piece Walking On Cars have fallen under the radar on the 2015 ‘Ones To Watch’ front, and I think we all made a pretty hefty mistake there. New single ‘Always Be With You’ is indie rock at its finest and the video is equally incredible and powerful. Walking On Cars are due to support James Bay on a few of his sold out headline dates in April which will be nice, won't it?