I realised after Thursday's post went live that I did a really terrible thing that I wanted to avoid. That  thing was leaving out any information about whose showcase is whose. But as consistency is key and also as I have literally no time to edit anything I've done, I'm just going to ignore it's a thing that happened. I wanted to highlight this, but I also wanted to sweep it under the carpet and it's ended up as a bit of rambling. Let's awkwardly scuttle on with Part Three then, eh?

Current weather report: The pictures make it look alright, just pretty cloudy, but definitely don't rule out the possibility of showers. It'll feel warm in the sun, so at least that's something. (BBC Weather literally says that, don't @ me.)

Saturday is a little thin on the ground, I don't know why, it just always seems to be that way. But when you take into consideration that the city will be busier overall anyway, and therefore getting between venues and into them is likely to take a little longer, it's probably not a bad thing. An early start again and again it's up at the Brighthelm Centre for Big Scary Monsters/Alcopop's showcase openers Happy Accidents at 12:30. They're pretty different to any other recommendations so far this week, an indie punk trio with a super summery vibe. Stick around there for Kamikaze Girls at 13:30 or grab some lunch, obviously I'd recommend Bagelman but have a stroll and go wherever the wind takes you. 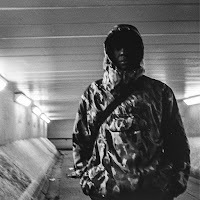 Be back up at The Hope And Ruin at 14:30 for WIIHAMB favourites and Brighton natives Kudu Blue. I bet you won't believe lead singer Clementine's voice isn't a sample... because I couldn't. Then it's down to One Church at 15:30 for my favourite new artiste of the last year or two, Léks Rivers. Rivers bends and melds genres, like very few other artists at the same point in their career, to create guitar based hip hop meets RnB and jazz that just has to be witnessed live. Then hop on down to Jubilee Square to see Jerry Williams at 16:30. I won't bother explaining for the 1001st...th... (?? what the hell.. thousand and oneth? thousand and first? bloody hell.) time why you should see her, but do, it'll be fun.

Dinner suggestion: I can't believe I've made it this far without mentioning the one and only La Choza, which is where you should definitely go if you refuse to actually follow this guide. If you are following it though, you need to be quick and a speedier Mexican option is a burrito from Tortilla on West Street.

It's gonna get real messy for Saturday night. I'm referring to this guide, but maybe I'm referring to both you and myself as well... time will tell. Providing the calm before the storm is Raheem Bakere Upstairs at Patterns at 17:45. Think Gallant-like sultry R&B. Sit (stand) back and relax before this gets manic. It's once again time for a Go Your Own Way segment, but this time so extreme we're going to need separate paragraphs. 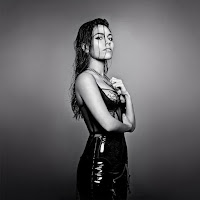 This is a route that I am committing to for numerous reasons but mostly because you're just in one venue, The Arch. First up at 18:45 is Will Heard. I'm still a bit bitter about the time he politely asked me to remove a blog post about him because "industry", but at the same time I still can't wait to start a pit to 'I Better Love You'. I'm also intrigued as to whether he performs any of his million collaborations live. Next up at 19:45 is little talked about Norwegian popstar-to-be Julie Bergan. I personally can not wait to throw down during her 2016 banger of a single 'Arigato'. The final artiste for this run, and the one I'm most excited to see over the whole weekend, George Maple at 20:45. Maple has been making super sexy pop songs with an electronic edge since day one. She's set to release her debut album at some point this year so hopefully we'll hear some new cuts from that this weekend.

Route Two
For this route you can take a leasurely stroll up to Green Door Store (there's not much I'd recommend in between) for Joe Hertz at 19:15. Joe Hertz makes some of the best electronic/RnB crossover jams we've heard over the last few years and I can guarantee that collaborator James Vickery will be making appearance during his set, so I can only assume there may be some other guests too. What you really need afterwards is a friend on the ground, someone to let you know how busy it is down on the seafront because you really want to catch explosive Danish trio Off Bloom at Coalition at 20:15. But alternatively, staying at Green Door Store for pop duo Frank Gamble also at 20:15 is a very feasible option. Then, if you think you can make it, head to the end of the pier for  quirky as fuck indie quintet Bad Sounds at 21:00 at Horatio's.

Regardless of the route you took you'll want to head back down to the seafront and get in to Coalition early for Skott, who takes the stage at 22:15. The eretheral Swedish vocalist has just been announced as the main support for MØ on her massive headline tour at the end of the year, so catch Skott in small venues whilst you can. Afterwards, take a break, you've really earned it over the past three days but do try and make time for Midlands based rapper Stefflon Don at 23:30 at Vevo's Wagner Hall.

That's all for this year. It's been a wild ride. I'll be at most things I've mentioned over the last three days so if you see me, let's have a beer. Check out @WIIHAMB on Twitter because that is probably where I will be. Peace.