The Best Things In Life Are Free

And me being me, obviously I don't mean happiness and love and boring stuff like that. I mean stuff that is good, that is usually not free but for whatever reason - the reason does not need to be explained - it is now free. THOSE ARE THE BEST THINGS.

I can't be the only person on the planet who walks into a supermarket and only leaves with a bag of items that were on offer, regardless of whether or not I needed them. What follows is like that, but in an audible rather than edible format. Which is almost as good.

I've put together a list of things that I have posted on What If I Had A Music Blog between January and June that have all been free. Everything that features from hereon in was obtained entirely legitimately yet with absolutely no cost. THE GREATEST.

Everything in this section can be found in this sweet little Dropbox link - I may or may not adjust this link/file-hosting at some point. 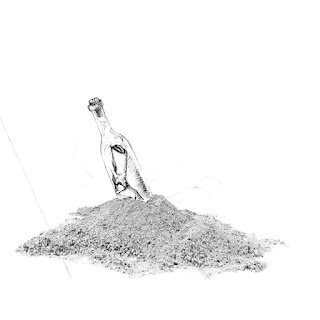 Chance The Rapper's 2013 mixtape Acid Rap did not fail to deliver, and two years on we've been treated to another mixtape heavily featuring the work of the Chicago rapper. With "tapes" like this I'm always prepared for a bit of filler with a selection of gold thrown in. Jumping straight in, kind of, second track 'Slip Slide' is a great example of the gold on this release, featuring none other than Busta Rhymes alongside B.O.B and Janelle Monae. The album overall focuses on The Social Experiment's trumpet player, Donnie Trumpet, brought to the forefront of our attention on tracks like 'Nothing Came To Me'. My personal highlight on the record is 'Wanna Be Cool', starring Big Sean and Jeremih. The songwriters and featured artists on this tape read like a who's who of hot artists in this "scene" at the moment. Late 2014 single 'Sunday Candy' is another stand out towards the end of the album which focuses a lot more on Chance than a lot of the other tracks, along with Jamila Woods' stunning vocals on the hooks. There's something for everybody on Surf and you can get it now for freeee. You can actually download this directly from the iTunes store if you're in the US, still for absolutely nothing. [Download 'Surf'] 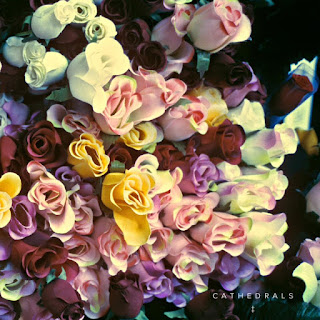 Last year San Fransisco duo Cathedrals released their debut self-titled five track EP. This year they released it again but with each track remixed by different artists and this time it's called the Blush EP. I think it's really interesting to hear five different artists/collaborators interpret tracks from the same artist in five completely contrasting ways. 'OOO AAA' on the original EP is probably my favourite track but I also absolutely love this Tunji Ige remix. It gives the track a much darker overall feel which is impressive in itself and Tunji Ige's additional vocals throughout as well as his rap are really nice additions. Tasty Treat's remix of 'Want My Love' is also GR8. The electronic duo have stripped the track back almost entirely and added a hell load of bass but by keeping the vocals pretty much in tact it's almost as if this could be the original version. [Download 'Blush']

I love Dae Zhen. This B Sides EP came a little bit out of nowhere for me back in March, and it just so happened that I was in the right place at the right time to take notice of it's release. I've said this a billion times but I'm really into Dae Zhen's vocals, like on the chorus of 'Everything Is Everything', they're refreshing and genuinely good unlike a lot of other hip hop floating about. The following track on the EP 'Cliche' is a stark contrast to 'Everything Is Everything's #chillvibes with a much more straight up hip hop feel. There are a couple of subtle lyrical references on B Sides to lyrics on Dae Zhen 'Women & Wordplay' album which he released last year which is also totally free and you can get here. I love things like this, references that make you feel like you're in an elite club because you sort of half think you understand where they're coming from. I'm really stoked for a Dae Zhen release that I'm actually forced to pay for, he really deserves my money, and yours too. [Download B-Sides]

The Autumn Ravine - A Little Sleep

I'll be honest, The Autumn Ravine make straight up rock music and it's defintitely not groundbreaking stuff. But this Kent quartet have the potential to be huuuge. 'A Little Sleep' is a perfect example of what this band are capable of. I can't explain or describe why I want to back this song so much, I don't know what it is but it's just refreshing to hear an objectively good and, for want of a much better word, simple rock song. The single also comes with B side 'I Won't Hold You Down' which is unfortunately not as good, but it's not bad, it's just not as good, and that's a shame but it's okay, everything is okay because 'A Little Sleep' is incredible. [Download A Little Sleep] 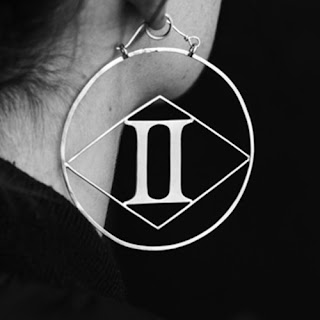 I am a very big fan of Huntar, just generally. Recent single 'Autumn' (which is now actually available on stores and stuff but is also still free) is a pretty nice little showcase of what Huntar and his music are all about. Also available for free is the Bittar Mixtape. A really similar idea to the Cathedrals Blush EP, Bittar is a string of new versions of the four tracks that featured on Huntar's 2014 Bitter EP, remixed by numerous different humans.  The mixtape kicks off with (then) new track 'Hold On' featuring Eagles For Hands before diving into Youngs Teflon's take on 'Expectations'. 'Expectations' blends in an absolutely seamlessly into 'All That I Want', remixed by now "touring member" of Huntar, FTSE. A really noteworthy point about this mixtape is that it sounds as if all of these tracks were made to fit together, which they probably were, but the original tracks I mean, it all just sort of works. [Download Autumn and Bittar]

I'm not even sure what genre to begin to describe Leks Rivers as being mildly related to. I guess 'Parlour Games' is kind of electronic but R'n'B but loads of other stuff. And things that you can't just slot into boxes or whatever are the best right? I think the coolest thing about this too is it's something I'd typically expect to come out of someone in the US, opposed to a guy in his early 20s from London. Anyway, this is free, and sick, and Leks Rivers is someone I'm excited about. [Download Parlour Games]

Teischa - Couldn't Care Less and Trick of the Light

Things That Are Also Free

What follows are a few more free releases that I didn't include in the bumper download. This is because these are things you do have the option to pay for or the artiste wants you to just give them your email address in exchange for the free stuff - a small price to pay. 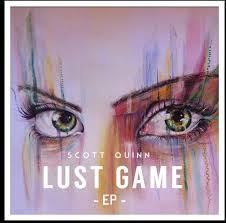 Scott Quinn's 'Lust Game' EP was one of the first indie/unsigned releases I got into this year, and it was after hearing 'I'm In Love' on radio 1. After searching for the track online for few days I was so ecstatic that it was part of a six track EP. Beyond ecstatic. F
or a debut, this release is pretty stunning, especially as it is what it is, a nice bit of pop RnB. There isn't a bad track by any means but the title track and 'The City' are definitely standouts for me. I guess it's just time to sit back and patiently await some new material... 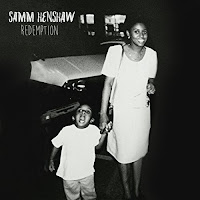 Have you heard anyone with a voice like this producing songs like 'Redemption' at twenty years of age? No, you haven't. 'Redemption' is packed full of soul and gospel and all sorts of nods and influences. It's essentially four minutes worth of pure genius. And this isn't a one off, all of Samm Henshaw's tracks sound this incredible. His debut EP is set for release at the start of August and you should be as excited for it as I am.

I was sent this compilation through rrrrrrright at the start of the year so it may be the last release featured in this post but it was probably the first I heard. My Little Empire Records formed right at the end of 2014 and their mammoth 19-track long New Emperors sampler was released to celebrate the label's launch. Yeah, you read right, nineteen entire tracks. So naturally, you won't like everything on it, I don't like everything on it, BUT THERE ARE SOME THINGS I LOVE ON IT. Opening track 'Gold Dust' from Sykes is great, Tenterhook's 'Stereo' is as equally GREAT. And tracks from other artists you haven't heard of like Our Mother, We Came From Wolves and Heath are also really good. There's something on here for everyone and hell, if you only like a couple of track, who cares, it was free anyway!

I hope this has been nice and insightful. I'd hope to see you all back here for another instalment in about six months time!

Email ThisBlogThis!Share to TwitterShare to FacebookShare to Pinterest
Labels: the best things in life are free