One Month, Five Albums, and an Air of Disappointment

November 2015 has seen the release of five of the year's biggest pop albums, four of which come from UK artists. My issue is that I haven't been blown away by any of them. So here, together, we're going to take a look at the deluxe versions (because standard editions don't exist) of each of these albums.

[EDIT: If Rihanna does release R8 tomorrow on a platform that us mere mortals are able to access, this whole concept will be thrown out of whack and it will be really annoying. However, I honestly can't imagine that the new Rihanna album is going to be something I enjoy but you never know. Life can surprise you sometimes.] 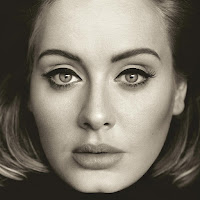 We need to gloss over Adele super quickly. Firstly, no, of course I haven't listened to this album. Are you crazy? So yeah, you're right, I guess Adele's third album '25' hasn't really disappointed me if I haven't listened to it. But in my defence, I loathe ballads and I think that considering Adele is Adele, one can safely assume that 80% of her new album is probably going to be ballads. Therefore I think that it is more than fair enough for me to write this album off entirely. Also, I can't say that I've read many glowing reviews from my peers - my peers on this occasion being people I know who like similar stuff to me and are involved in frequently talking about music in some guise.


When the first two singles from a new album are Little Mix's 'Black Magic' and 'Love Me Like You', I felt as though I was lulled in to some kind of false sense of security on how INCREDIBLE 10/10 this album would be. I thought I'd sort each song into one of three categories in order to determine exactly how I feel about the album overall. Here is how that went:

So in all honesty I wish I hadn't bothered with the deluxe version because even though I enjoyed 'I Won't', the other three tracks were not worth my time. I guess the results above would grant this album a verdict somewhere between a great and a not great... maybe a good? Let's go with that, it's a good'un but there are definitely a few songs worth omitting. If Jason Derulo wasn't as unnecessarily involved in 'Secret Love Song' as he is, we could cut that and just have 'Secret Love Song Part II'; which would in turn just be 'Secret Love Song' and then we could all move on with our lives.


The problem with 'Delirium' is that it's just SO long. Popjustice have done a nice little Spotify edit of the album and how they'd re-compile it and I'm very much inclined to do the same. In fact, that's exactly what I've done. I haven't referenced it against Popjustice's version so I've no idea how similar they are, but I know for a fact that the playlist below is wall to wall bangers.


Now we have all the good bits out of the way, it's time for some criticisms. An 'Intro' on a 20+ track album is just downright unnecessary, come on, Goulding, spare me. Having said that, there's only one song on this monstrous release that I never ever want to hear again and that is 'I Do What I Love' which I think is possibly one of the most atrocious songs I've heard from a credible artist this year. It's almost as though Goulding is trying to be Charli XCX, MO and every other quirky popstar ever all at the same time. Goodness only knows how that song made the album. I also can't continue without mentioning that 'The Greatest' sounds like an exact replica of Savage Garden's massive banger 'Truly Madly Deeply'.


Unlike the rest of the planet, I'm finding it really hard to get on board with Justin Bieber's new material. Not because it's Justin Bieber, but because I genuinely just don't like it. I tried to attempt the same thing as I did with Little Mix but around track ten I noticed that I hadn't been paying attention for a little while and couldn't really work out where I'd dropped off. It was at this point that I thought, "maybe if I'm this disinterested, I probably shouldn't be persevering with the album at all."

There is so much ballad on Purpose. So so much, and I just don't have time for this. And honestly, I can't say that the upbeat songs on this album are particularly... special. There's no ground-breaking here. It's just an alright album from a guy we're used to hearing really "constructed pop music for teenagers" from. There are some songs that I think are good though. Despite not actually liking 'Sorry', I do think it's great, and a far better single than 'What Do You Mean'. Other than that, 'Company', 'No Pressure' and 'All In It' were the only tracks I really liked. Obviously 'Where Are U Now' is an absolute masterpiece but I'm not sure that it really counts, does it? Nas' verse on 'We Are' is great too, and after sitting through four Bieber-centric songs, it's definitely a welcome change, but Christ, the rest of the track is so boring.

It's cool, I guess, that with this material Justin Bieber has been able to expand a fanbase and an audience further than the majority of us probably thought was possible. However the problem that we're left with is his self-righteous entitled attitude and I'm not sure whether that's something that Bieber will ever be able to shake.

One Direction - Made In The A.M.


I'm unsure that much more can be said for One Direction's fifth and final (for now) album than Kate Solomon at Drowned In Sound's review. And even if there was more to say, I'm not sure... no, I know that I couldn't possibly do a better job than that. I don't know about you but upon hearing 'Drag Me Down', despite the minor lack in substance I thought "hey, if the rest of this album sounds like this I could probably deal". But in reality, the rest of Made In The A.M. sounds like worse versions of 'Perfect' and every other boring single that the group have released.

Bar 'Drag Me Down' I managed to scrape together another four tracks that I found enjoyable on this eighteen song deluxe effort. The latter half of the album is far more bearable than the first load of dull ballady nonsense that you're "forced" to sit through. 'Temporary Fix' was actually the MITAM equivalent to Four's 'Stockholm Syndrome' - album banger that should really be made into a single but probably won't be. 'Never Enough', 'What A Feeling' and 'History' were also okay, but honestly I can't remember what they sound like and I have very little desire to listen to them again. It wasn't worth your time, 1D, it just wasn't worth your time.

One month, five albums and an air of disappointment still ringing true.