This isn't something I was going to start until January but I'm too stoked on the idea at the moment and I'm not sure I can hold back any longer. I'm also really fed up with doing the monthly round-ups now. I've tried to make them more exciting for myself, let alone everybody else, but I just find them really tiresome to put together. So these shorter but more in depth but hopefully better posts will illiminate those almost entirely. 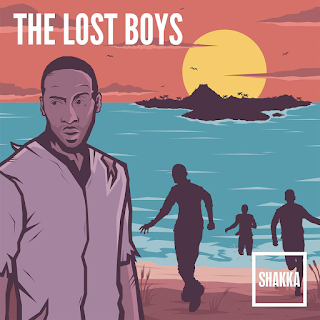 After thoroughly enjoying 'Say Nada' (apart from that awful "tasty meat" lyric, but I genuinely liked it so much that I could look past that), I thought I'd check out Shakka's second debut major label EP. I went into The Lost Boys completely blind. Other than 'Say Nada' (the original, not the JME remix) I had absolutely no idea what to expect. There are not enough #OMGWTFHELPME emojis to even begin to explain what I just listened to.

Part of me doesn't want to say another word about this EP. I want others who know absolutely nothing about it to go and listen to it and be as completely taken aback as I was. But the rest of me just wants to talk and talk and talk and talk forever about how RAD I thought The Lost Boys was. So I'm obviously going to do the latter. SPOILER ALERT from hereon in. Bearing in mind I have no press release or official statement (because I can't be bothered to find one) about this release, I'm going to call it a concept EP. But it's not that simple. It takes a little while for what is exactly going on to sink in but when it does you're transported to a futuristic, Black Mirror-esque grey London. The most impressive thing about the narrative segways between the songs is that there's very little explanation for them, yet as you continue listening you're able to build a really clear picture of what this new world is like.

"Wait, what about the actual songs?" 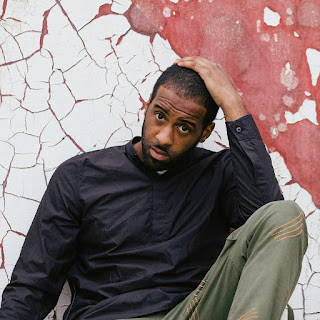 Oh yeah, despite this essentially being some crazy short audiobook, there are actually seven new tracks amongst the narrative. I'd assume the songs came first and the concept later, but everything fits together unbelievably seamlessly. The heartbeat at the end of 'Say Nada' merging into the bass of 'Read My Mind' is a perfect example of this. Shakka's vocals are really cool too, he has that classic smooth R'n'B thing going on but there's something underlyingly (word I just invented) unique about his tone too. 'You Don't Know What You Do To Me' is absolutely lovely (-reasons you shouldn't let me write about music *slanty face emoji*) but final track, 'The Jungle' is my favourite. You can almost feel a real sense of freedom during this song after the final piece of dialogue. Looking back at the artwork once you reach the end of the EP for the first time is such a great #moment as well.

There's probably a deeper metaphor for everything that's going on here, but I'm not an English teacher and therefore I'm not qualified to do any unnecessary analysis into every single word. What I do know is that this is by far one of, if not the, most interesting release I've heard all year. Maybe albums/EPs like this happen far more frequently than I'm aware of, but I've sure as hell never heard anything like it. Especially to have such a vast amount of creativity to come out with something like this as your "debut" release. Absolutely astounding.