Every Time I Die - The Coin Has A Say 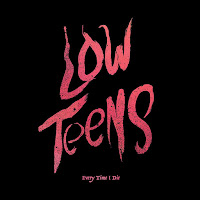 Over the past year or so I've really rekindled my love for Every Time I Die. I was probably 14 years old or so when I first heard 'Champing At The Bit' and it was a couple of years later when I really got into 'The New Black'. I never bought an Every Time I Die album back then but they were always a band I kind of respected, and no matter what I was into they always found a way to worm themselves back into my life; first with 'We'rewolf' and then far more recently with 'Decayin' With The Boys'.

I only saw Every Time I Die live for the first time last year when they supported Architects on their UK tour. It's obviously cool that ETID are still around in 2016 considering how long they've been a band for and how frequently bands are forced to break up and go on hiatuses of varying lengths. Although I can't help but think that they're a band who should have the likes of Architects and Bury Tomorrow supporting them, not the other way round. However, like I said, I'm grateful that they're still around and still churning out absolute bangers.

'The Coin Has A Say' is the first song to be taken from ETID's forthcoming millionth (read: eighth) studio album Low Teens; the European indie record store vinyl version of which is purple and looks so cool but I'm too scared to pre-order because what if I don't like it?! Anyway, I heard 'The Coin Has A Say' for the first time at Camden's Underworld amidst ETID's run of Slam Dunk and London sweatbox shows at the end of May. It's hard to tell, if you're me and know very little about hardcore, if new songs are actually good or actually sound good in a live setting like that, so there I was sitting around waiting for some studio versions. Lo and behold, it's here (and has been for ages) and it sounds absolutely incredible. ETID are a band who stay true to the metal meets hardcore they've always been making but manage to sound equally as relevant to where punk and hardcore stand today.

Can not wait for a sweet Every Time I Die weekender when December rolls around.