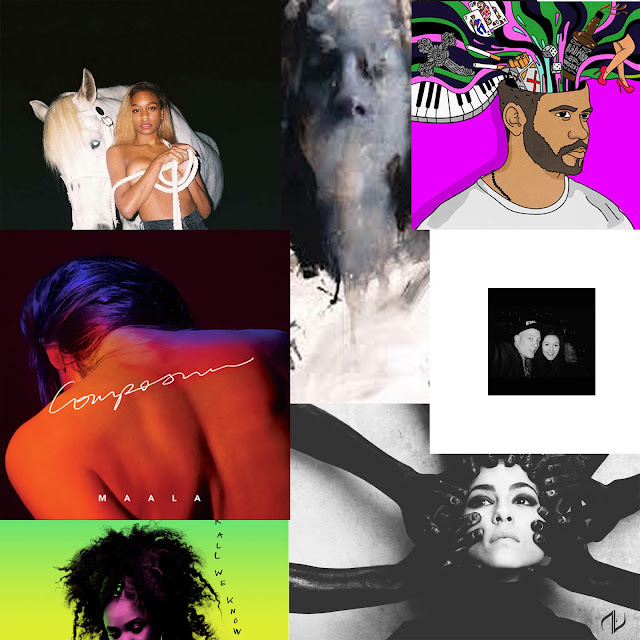 Writing is a chore. Well, writing forced things like this post was going to be is a chore.

So once again, I've abandoned my (late) end of month post in favour of some good old visuals instead. That peculiar visual above is an amalgamation of my favourite releases from last month.

I listened to an insane amount of stuff throughout July and sifted through hours of songs and albums and EPs and essentially compiled everything into a massive 300+ song playlist A.K.A. my Julibrary.

There are some full albums, there are some entire EPs, and then there are also just "the good bits" of some releases, with a whole load of singles plonked on the end.

I'm looking to do a something similar to this for August too, but we'll see how I get on because... this was a task.

The Julibrary embedded under only shows the first 200 tracks, I mean, I'm sure that's plenty for you to be getting on with, just a note that there are so many more if you give it an actual view on Spotify. (I have NO idea what this will look like on mobile. Pray for me.)