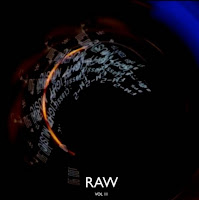 I've lost count of the millions of times that I've listened to Azekel's 'Linger' this summer. So, you know what's really good when you've listened to a great song a trillion times? When somebody just as good makes a sweet af remix of it. New song but also song that you already like all rolled into one. The. Actual. Dream. Every time I mention anything mildly related to Maths Time Joy I sing his praises because his stuff is always so good. I'm also painfully still hung up on the genius of Maths Time Joy being an anagram of his real name Timothy James. I can tell you now that I am categorically never getting over that.

Azekel recently released new EP Raw, Vol. 2 so thought I might as well sling some words about that in here too. Azekel is actually the UK's answer to Gallant, isn't he? Which begs the question why people don't seem to regard him anywhere near as highly as everyone sees Gallant. It's all very odd. There's something that feels quite intelligent about the way this EP has been put together. 'Stuck' and 'The War Inside' are the two traditional tracks that accompany 'Linger'. Any notion that Azekel's music sounds American influenced is blown to shreds by 'Sketch, Pt. 2' and 'England Is A...', showing that British R'n'B in 2016 has so much more depth to it than one might initially perceive. The sound of static between tracks really reinforces the "raw" element in the release's title too.