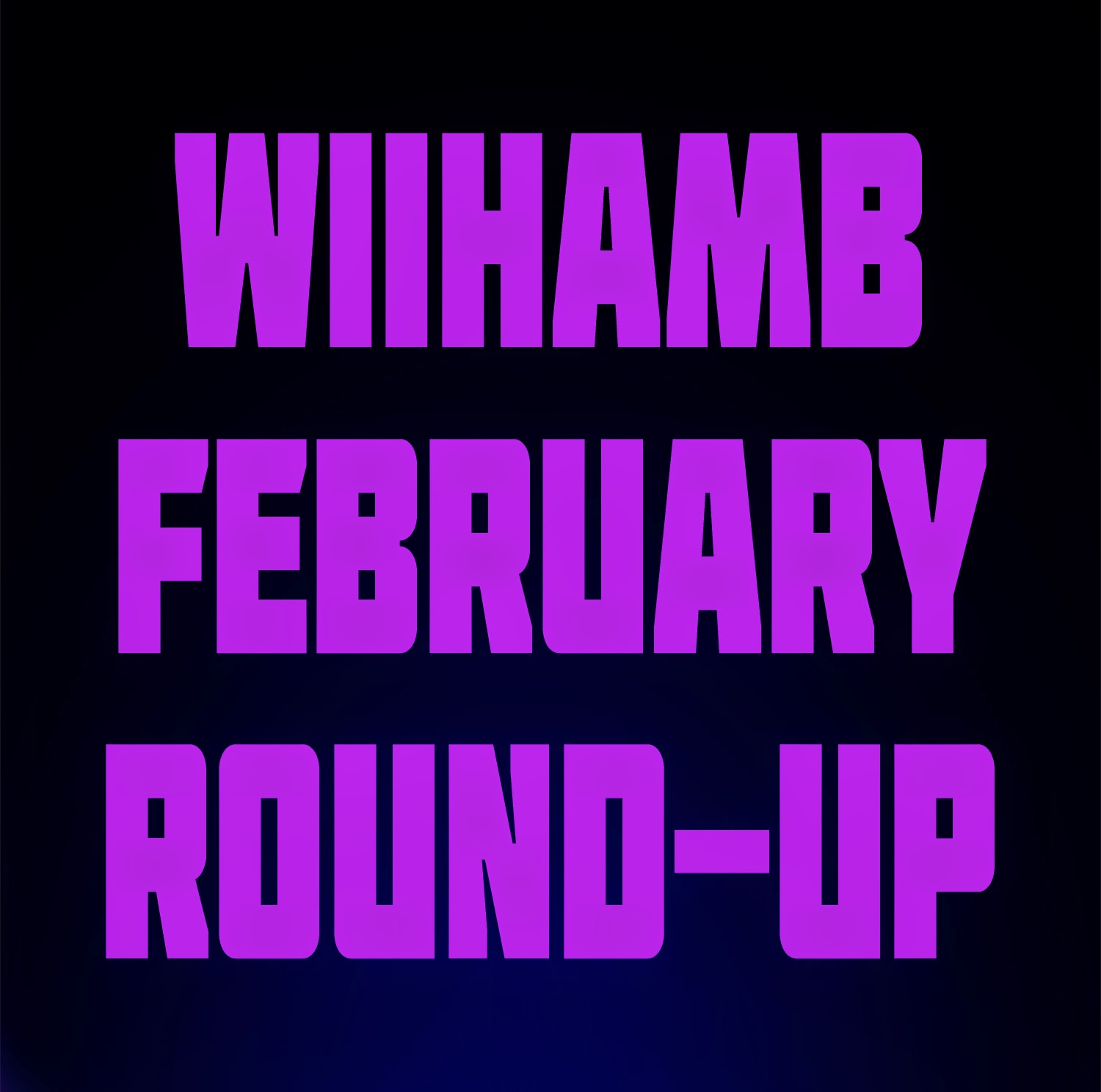 Hey hey hey,
Even though February is only two days fewer than half of the other months in the year it just feels so much shorter. This month I wrote two #thinkpiece type article things; one about females being snubbed for awards this season (HERE) and the other about why I think anyone can and should start a music blog (HERE). If you haven't checked them out already, it would be cool if you could have a read (once you're done here, of course). 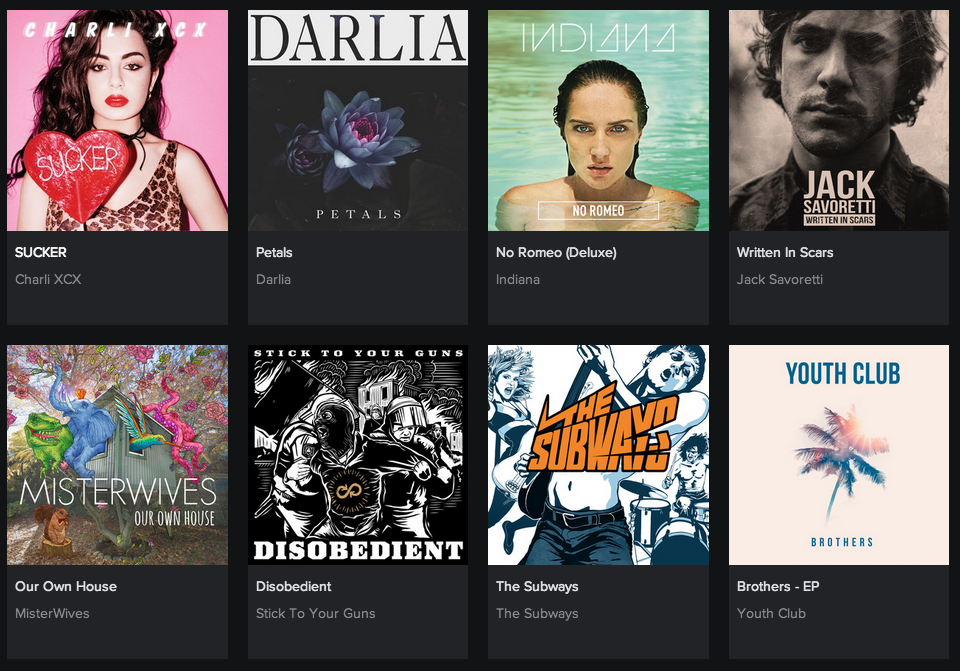 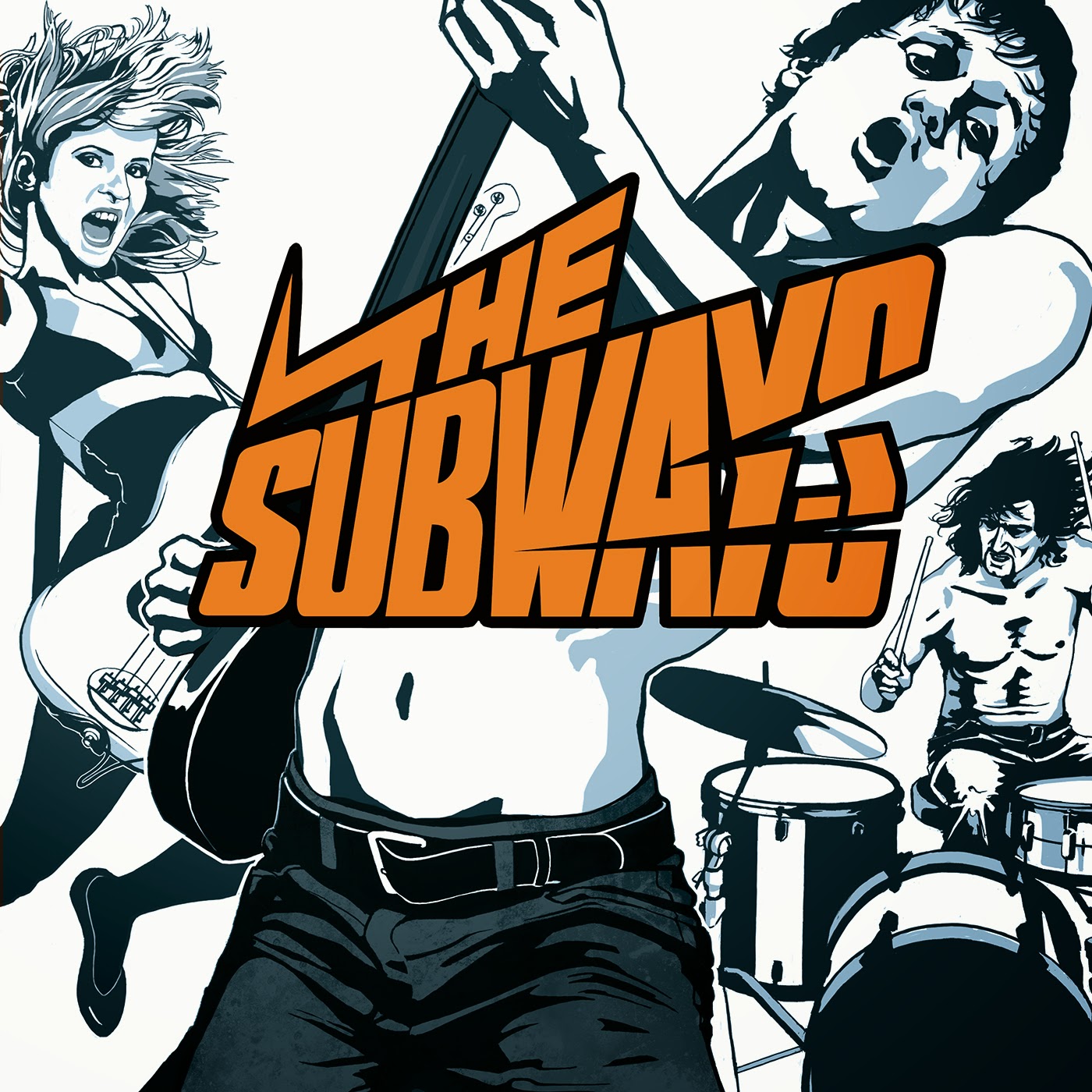 The Subways - The Subways
I don't know about you but the new self titled album from The Subways seems to have fallen a fair amount under the radar. This is a such a shame for their fourth full length release, self-produced by frontman Billy Lunn. I've missed a couple of chapters of this band's story but 'The Subways' makes me feel as though I'm picking up right where I left off. 'My Heart Is Pumping to a Brand New Beat' followed by recent single 'I'm In Love And It's Burning In My Soul' get this album off to a flying start. Other standouts include their more pop take on rock 'Dirty Muddy Paws' and 'Pet Boy', and slightly 90s-esque 'Good Times'. The worst thing about this album, and quite possibly it's only downside, is the short 33 minute run-time with all but two tracks being shorter than three minutes long. It's hard to stress just how great this album is from start to finish. It's also quite frustrating to see a band like The Subways who are bringing out music like this, and have been for ten years, yet haven't achieved complete world domination yet. I implore you to listen to this album, especially if you've ever liked anything they've done before. You won't be disappointed.

Other Releases That I Thoroughly Enjoyed This Month:
Jack Savoretti - Written In Scars
Misterwives - Our Own House
Youth Club - Brothers EP 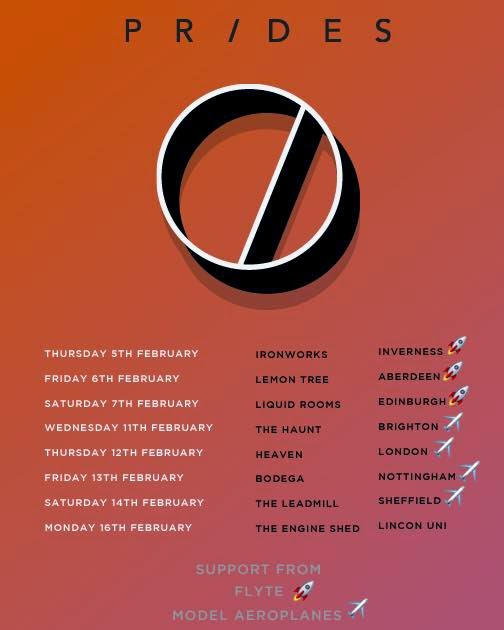 This gig was fairly impulsive for me but incredibly forthwhile. Prides were on a eight date run around the UK with fellow Scots Model Aeroplanes. As support acts go, Model Aeroplanes were a pretty good fit, an upbeat catchy indie band with songs that you can't help at least nodding your head along to. The only downside is, this isn't them at their best. These four Dundee lads are young and they've got a hell of a load of potential. Party tune and set closer 'Club Low' is an excellent showcase of what they are capable of. It'll be exciting to see them again in a years time because I've no doubt their progression and rise to the top will be anything but slow. On to headliners, Prides. I've seen Prides once before, last year, supporting Blink 182 at the first of Blink's two sold out Brixton Academy dates. For me, Prides overshadowed Blink by a stupid amount so it's fair to say I had pretty high expectations for this headline show at Heaven, their largest headline show to date. The trio opened with 'Cold Blooded' before bursting into crowd favourite and sing-a-long hit 'The Seeds You Sow'. From then on the room was packed with energy and it was full steam ahead. Their set also featured new single 'Higher Love', 'I Should Know You Better' and, 'Out Of The Blue', along with some new tracks that we could potentially hear on their debut album before the year is out. Prides were also joined by special guest Lauren Aquilina who lent her vocals to 'Strong Enough'. Just when you thought it couldn't get any better, Prides' encore left the room astounded. Their '2014 Mixtape' (a mashup of songs including Taylor Swift, Ryn Weaver, and Nick Jonas) followed by the anthemic 'Messiah' accompanied with confetti and blue and white balloons was the perfect end to this more than memorable evening.

Other Gigs That I Had A Good Time At This Month
Moose Blood at Sticky Mike's Frog Bar, Brighton
The Kerrang Tour 2015 at O2 Academy Birmingham
Max Raptor, Yearbook and Swim Good at The Boileroom, Guildford
Fightstar and Moose Blood at Brixton Academy, London

Mighty Fine Eateries of the Month

This month was super lucky and won not one but two competitions with the prize being glorious food! First was Epic Bakes' Valentines competition where I received a tray of Valentines themed brownies, and I also received a massive box of Tuckey's biscuits for my office! Working in Soho comes with the bonus of more mighty fine eateries than one can imagine but a real bonus is Rupert Street's Street Food Union market on Fridays. This month I sampled an amazing sausage and bacon burger from Pigger and Better as well as an incredible samosa chaat from Lili Chutney.