Does anyone care for or read these little weekly anecdotes that I've started slotting in at the top of each ICYMI post? In comparison to how my diary looks for March, February looks pretty blank but I was reunited with my one true love, Five Guys this week so it's not all bad.

Sunday
I don’t know if it’s a personal connection to the ‘Homewrecker’ lyrics or the fact that it’s downright incredible that has led me to have it on repeat all weekend. Emily’s songwriting is in a league of its own and her vocals just fit so perfectly telling her story with the right amount of emotion in exactly the right places.


Monday
The best thing about a new month is that it means there’s a new Oh Wonder song. The hype that Oh Wonder have built up around themselves speaks volumes with 46,000+ plays and 100 comments on this song in less than 24 hours. Piano led ‘Lose It’ slots itself perfectly into Oh Wonder’s catalogue of dreamy electronic indie tracks.


Sounds Of Now included Youth Club in their Ones To Watch post a couple of weeks ago and I fell in love with this song. I thought I’d post this today as their new EP ‘Brothers’ is released this week and this song is on that EP so everything ties in quite nicely. I absolutely love pop/rock/indie bands who make it feel like it’s summer all year round and ‘People’ is a contender for the catchiest song I’ve heard so far this year.

Tuesday
‘Higher Love’ is another slice of electro infused indie rock that we’ve come to love hearing from the Glaswegian trio. No doubt this track will be making an appearance during Prides’ live set on their UK tour which starts this week!


Wednesday
Eyes On The Prize
There has been a lot of talk over the past couple of months about female artists being snubbed at music awards this season. This was my take on it and why I don't think any of it really matters. 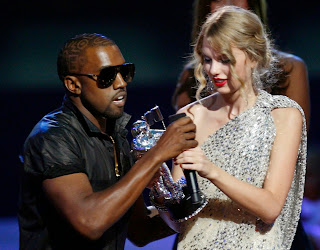 Throwback Thursday
Good old Alicia has been randomly cropping up a lot recently. This video is another classic case of “pop star works at diner and isn’t having a great time of it”.


Friday
A few Fridays ago I posted The Wombats’ new single ‘Greek Tragedy’ and this Friday I present to you Bastille’s remix of said single. This version is a little more ‘Other People’s Heartache’ than the usual Bastille lark but they’ve definitely rubbed off well on this track, giving it more of an atmospheric feel.


Saturday
I don’t know why it’s taken two weeks for me to post this but I’ve had it on repeat all morning. The Californian trio are back with another catchy chill pop/electro hybrid track. Excited for what else 2015 has in store for these guys.


I hope Hit The Lights keep drip feeding us songs from their forthcoming album ‘Summer Bones’ until its release at the end of March. ‘The Real’ seems a bit more mature than other Hit The Lights songs, although that’s not particularly hard, but it still features the “catchy riffs” (apologies for the use of the word ‘riff’) that we’re accustomed to hear from this Ohio five piece.