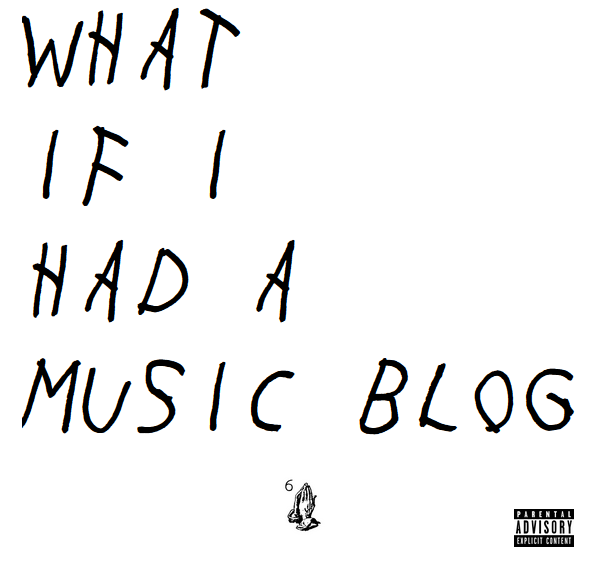 Apparently Drake released an album this week or something? More importantly, Record Rewind Play included me in their album of the year 2014 combined list extravaganza which is just like the coolest thing. You can see the full list here and my own lil section here.

Sunday
Kwabs is back with a new single taken from his forthcoming debut album ‘Love + War’. ‘Perfect Ruin’ showcases Kwabs’ powerful vocals whilst the video sees him travelling through beautiful vast snowy landscapes.


The debut single from 21 year old London based Melissa Griffiths is quite the force to be reckoned with. ‘Powertrip’ is interesting, that’s the best thing about it, for a debut track you’re hooked until the end by Millie’s voice which has this sexy near effortless tone.

Monday
I completely missed this song first time round and when I finally got around to listening to Cathedrals’ debut EP at the end of last year, ‘OOO AAA’ was by far my favourite track. Luckily not all is lost for WIIHAMB because rapper/producer Tunji Ige has remixed the hell out of it. This version has kept a lot of the core vocal elements but stripped the rest back to become much more haunting than the original.


"Oh there’s another JMSN video up, I should probably post that, right?" - Me every month. ‘Score’ might be my favourite song from JMSN’s latest self-titled album, but in fairness the majority of the tracks on that album could be my favourite. A London show appeared the morning after I posted this, wouldn't like to suggest I had anything to do with that.

Tuesday
Wanna Be Startin' Somethin'
The other day, I read an article on a blog that gave the impression that you shouldn’t start your own music blog unless you’re 100% sure everything you do is going to be entirely unique. I disagreed and wrote about why I started my blog and why I think anyone who wants to should start a music blog too.


Wednesday
Emerging artists like Raye are so refreshing and exciting at the moment. This south London based singer is heading up a new generation of BRIT School alumni set to take over the UK music scene. Raye’s smooth vocals over R’n’B beats with a hip hop influence on ‘Flowers’ make for a catchy pop track you just want to listen to over and over again.


Whilst the agonising wait for Laura Welsh’s debut album ‘Soft Control’ continues (the release date has been pushed back to the start of March) we’ve been treated to this beautiful track featuring none other than John Legend. Welsh and Legend are a musical match made in heaven. If this song is a sign of what else is to come from Welsh’s debut we are definitely in for a treat.


Throwback Thursday
I think I’ve said this about a few bands, but Thrice were one of the first bands I ever “got into” by myself just because I thought they were great. I was 13 years old when I walked into HMV and bought Vheissu for a whopping £17. It was absolutely worth every single penny. I’m not sure whether I realised that at the time but I definitely appreciate it now.


Friday
I don’t know, there’s something more special about Adam French than your typical singer-songwriter. ‘Silhouettes’ is far more piano heavy than previous tracks ‘Ivory’ and ‘More To Life’ which were more of a one man and his guitar vibe. It’s atmospheric though, ‘Silhouettes’, it builds, in fact it turns into something pretty big.


Saturday
It’s Valentines Day. The original song is on the Fifty Shades soundtrack. I saw Prides live this week. So everything is pretty topical really isn’t it? This remix is a lot more similar to the original than your standard remix but the Prides spin is hard to miss.