A Chat with The Gospel Youth at Hevy Fest: We Still Have a Massive Point to Prove

Hevy was a weekend of firsts for myself and The Gospel Youth. At the very end of my chat with Julian Bowen (guitar) and Max Wingell (drums), I admitted that not only was this my first time at Hevy, I had also just completed my first real interview. Max confessed that this had too been his first interview with the band. Personal triumphs aside, Hevy Fest was also The Gospel Youth's first festival "and it wasn't even full band," laughs Julian. 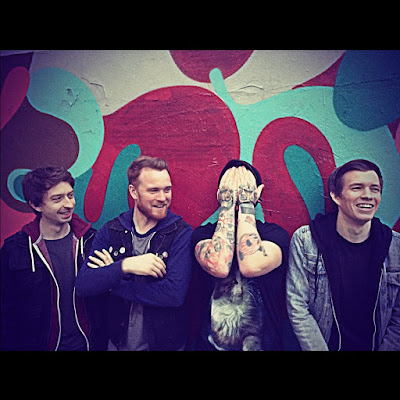 The Gospel Youth opened Hevy on the Thursday night as an acoustic three piece (Julian joined by singer Sam Little and guitarist Kev Deverick, whilst Max took the night off) but the weather had taken a turn for the worst just before the band were due on stage. "There were storm warnings," Julian explains. "They said they might have to close the tent so we were like quick let's just get our set over with now so at least we've played." The Gospel Youth ended up starting half an hour early, "which was a bit of a shame,'" Max adds. "Because obviously people were expecting [us at] 7:40." It dawns on Julian just how early they'd taken to the stage as I confess to missing the majority of their set. "Yeah, we kind of panicked a bit."

Despite the hiccup, Julian explains how much they'd enjoyed the set. "We only had four songs but it was good to hopefully leave people wanting more." Max could have stayed at home but it wasn't only the free beer that The Gospel Youth were hanging around all weekend at Hevy for, some of the band's biggest influences were playing over the weekend. As I ask the pair who they're looking forward to seeing, I clock that Julian is sporting a The Dillenger Escape Plan t-shirt, so his answer was obvious. "I think A Wilhelm Scream for me," answers Max. I saw the pair towards the end of A Wilhelm Scream's set and it was clear that the flow of beers had been plentiful. "And Track Boat are fucking awesome," adds Julian. "And As It Is, looking forward to seeing those guys as well."

Whilst The Gospel Youth jump into a scene of other new Brighton based bands like Trash Boat and As It Is, it's easy to forget that these guys have been following their dreams as musicians for longer than most of their peers. Everybody has been in bands before reaching the band that they're in but The Gospel Youth have been in bands we've actually heard of - The Auteur, Fleeing From Finales, various others I couldn't name. I suggested that they were effectively like an underground British supergroup. They weren't too sure. "We've all been in a couple of bands that wanted to kind of 'make it' and when those bands failed it just kind of made sense to get together and start something else," explains Julian. "Jules and I actually went to college together when we were 17," continues Max. "I've been in so many bands since then. People kind of quit music and settle down and that's fair enough but for me I think 'I'm good at what I do, I'm gonna stick to it' and opportunities arise like joining this band, for example. I was like yeah, I'm gonna grab it by the horns."

I was intrigued about how musicians approach new projects like this. Do you start entirely from scratch, or do you ever incorporate things that you didn't get a chance to do in a previous band, or maybe actively avoid things that you did do in other bands? Max offered a very balanced response. "Being in many different bands, we've played so many shows with different people and different line-ups. I think you take what you learn from your mistakes and push it forwards. Some bands don't, they have it there and then but I don't think I've ever been in a band where it's a smooth path to bigger things." Julian continues, "To get to this point in previous bands it's taken absolute years whereas now we kind of know what we're doing." 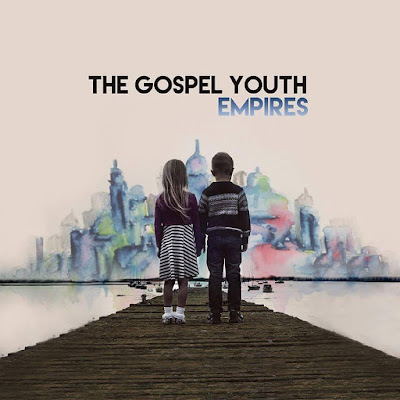 They're being modest. At the time of this interview the quartet's second EP 'Empires' had been out for exactly one month and it had been going down a treat. "It's quite a lot different to the stuff we released when we first announced ourselves as a band but people are taking it really well," says Julian. "We kind of wanted to show that we can do songs that aren't as wet as 'Kids', just songs with a bit more balls behind them." It wasn't just the fans who were interested in 'Empires' though. Rock sound streamed the EP a week before its release. "For the people that pre-ordered it I kind of felt like we cheated them a little bit. I think we actually gave them the EP as the Rock Sound stream went up but to be honest, it's been so long that we've been sitting on the songs, I was happy that people could finally hear them."

Naturally, the next step for The Gospel Youth would be to take this release out on the road. And whaddaya know, they have two short runs planned for the Autumn! "We haven't actually toured yet," says Julian. "We've done gigs but we've not done tours. The first one is with Verses who we're really good friends with." I'd spotted a couple of Verses the night before and upon mentioning this, Max delved into a confession about not recognising Fish from the band when they'd seen each other the previous evening. He was very apologetic. Julian continues, "Me and Kev have known Verses probably about ten years, they're really awesome guys and, yeah, looking forward to that tour." The Gospel Youth's second tour in the coming months is with Bad Ideas. Max was more than ready to sing their praises. "They played Groezrock this year and they're just such a hardworking band for the style of music they play. They absolutely grind at it. They're so good at what they do as well so that's gonna be a pleasure."

I felt like this was an opportune moment to jump the gun... or maybe even leap the cannon to look a little further into the future and ask about an album. The pair were holding their cards close to their respective chests to say the least. "We've got some stuff down," says Max. "I don't think it's gonna take us long to write and release." So that's promising, it looks like it won't be a particularly lengthy wait for a full length record. "We can't really sit back now, we still have a massive point to prove. We're constantly writing anyway so it's not like we're gonna stop doing that. So, it's in the works," concludes Julian.

Now, I know that from the second you found yourself on this here web page, there's been one question that you've been absolutely dying to know the answer to. Max and Julian, what's your favourite sandwich filling? Max jumps in with very little hesitation, "Smoked salmon and cream cheese. Can it be two?" The fact that Max had named two fillings was the very least of my worries. I needed to know what bread sandwiched these two elements together, because if I'm having salmon and cream cheese you gotta be damn sure it's in a bagel.  He responded with "Wholewheat bread". I didn't let it be known at the time, but I was struck with absolute horror, but the reasoning did become a little clearer. "I'm not a bagel fan. It’s the Tesco’s Finest ones, if I’ve got a bit of spare change I’ll go all the way and get Tesco’s finest salmon and cream cheese. Beast."

Julian was a lot more open to options, "As long as it hasn’t got mayo in it, I’ll eat it, just mayo I can not do, no fucking way." But Max wanted a real answer... and honestly, so did I. "Okay, right, best sandwich filling: chicken, chorizo, pesto and that’s it, those. As long as it’s got no mayo in I’m all good."

"There we go, we got there in the end," Max finishes. Indeed we did lads, indeed we did.

You can buy and stream The Gospel Youth's Empire EP all over the internet but you're probably just interested in an iTunes and a Spotify link, aren't you?