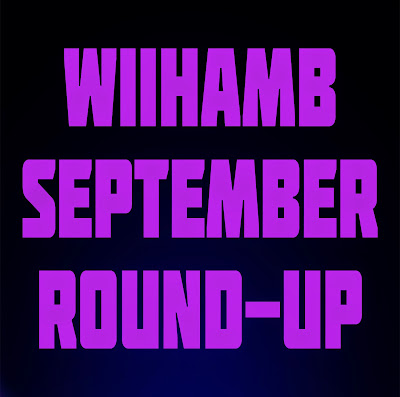 We meet again, end of the month, we meet again. This month has gone super mega really fast which is very unsettling and this has led me to start this post on the penultimate day of September. Classic Jat. I have also been dreading writing this for the past couple of days SO after five months or so of the new monthly round up format, I thought I'd switch it up again because really, who cares?

Let's see how this one pans out.

Exciting thing - I reached post number 1500 on the daily site this month, which is actually ridiculous.


What follows is a series of tweets and things I tweeted about over the past month which I either really enjoyed or really didn't enjoy. There are some other things here too - but I always find my Twitter feed is a nice thing to work off. I'm @WIIHAMB in case you missed that at the top of the page or you don't make it to the bottom.


I went to see Alessia Cara play her first show in London at the start of the month and it was super duper really totally cool and all I want is to hang out with her and have a great time. I can't wait until post-album when Alessia Cara has a full actually proper live band and is playing a venues five times bigger than Barfly. Things will be better then.


Chinah came to London twice this month, and the first time I chose not to go and see them. WHICH WAS DUMB. Luckily they came back last week and I went to see them and it was great and they were great and I really hope I get to see them loads more soon and also that they release some sort of EP or album-esque thing soon too.


September Song to Pretend You're in a Music Video To goes to this absolute banger. No seriously, every time this comes on I strut down the street like I own the place, fake screaming the chorus at the top of my lungs. Love it love it love it.


I became absolutely entirely really obsessed with London four-piece Fours' debut EP 'Everything I Never Said'. It's perfect. It's so so so great and I can not wait to go to a live show and lose my shit.


This is the first of two videos that I've completely fallen in love with this month. 'Good Girl' is a pretty new direction for English duo Aquilo, and I wasn't sold at first at all, but this song is unbelievably good. The video is super cool as well, kind of like a coming of age... but really like a coming of sound kind of thing. Look, I don't know, it's all just great.


The second is this little masterpiece. I've loved Erik Hassle for so many years now and his excellence shows absolutely zero signs of slowing down. New single 'Natural Born Lovers' needs to be framed in some kind of pop music hall of fame PLEASE.


I actually posted 'Can't Have' at the end of last month but it had taken me a little while to grow an unbelievably unhealthy obsession with it. Not only does this song leave me in a fairly emotional state anyway, the fact that Steven A Clark's album 'The Lonely Roller' isn't released in Europe until mid-November is even more of a blow, especially seeing as it's already available across North America. BUT Clark is playing a London Show the day before my birthday which is cool. Although it would be cooler if it wasn't a Monday.

Here are some releases that I thought were really suitably average this month:

So I was super disappointed with all of these. 'That's The Spirit' was just an average rock album at best, and we all know that people were only losing their shit because it was such a drastic change in sound for Bring Me The Horizon. Upon a second listen CRJ's 'Emotion' wasn't as average as I first thought, but seeing so many people hype it up prior to it's eventual UK release, I was expecting it to be monumental. 'Caracal', another fairly big disappointment. In hindsight Disclosure's debut wasn't that great overall, was it? But on paper, the features on 'Caracal' look incredible... the songs just don't match up to that. Finally, Fetty... Fetty, Fetty, Fetty. The deluxe version of Fetty Wap's self-titled debut is 20 tracks long, which I initially thought was EXCELLENT news. Eight tracks into the 20 and I wanted it all to end. There are points that are genuinely great, but unfortunately, the majority of the hour and quarter long record just sounds like one long song.

Here are a load of releases that I actually thought were great this month: 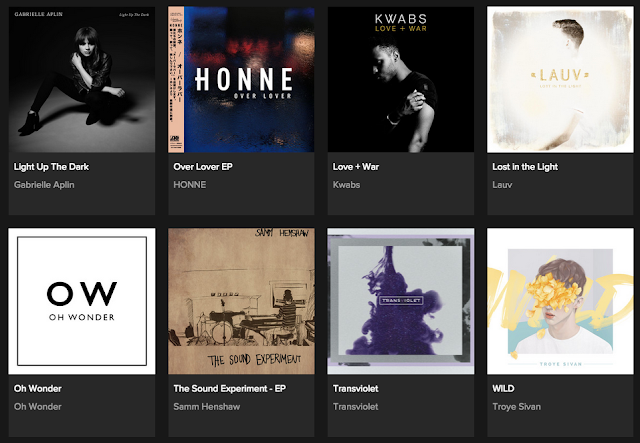 None of these are particularly surprising choices, I don't think, apart from Gabrielle Aplin. I've never been a fan before, just not my kinda thing, but I really thoroughly enjoyed this album. The others pictured were obviously also good, I wouldn't have included them if they weren't.


“Hey Natalie, Just wondering if you’ve had a chance to listen to-“ No. No I haven’t.
— WhatIfIHadAMusicBlog (@WIIHAMB) September 21, 2015


I went to Oh Wonder's first ever show ever and it was really nice and it looked a bit like this. 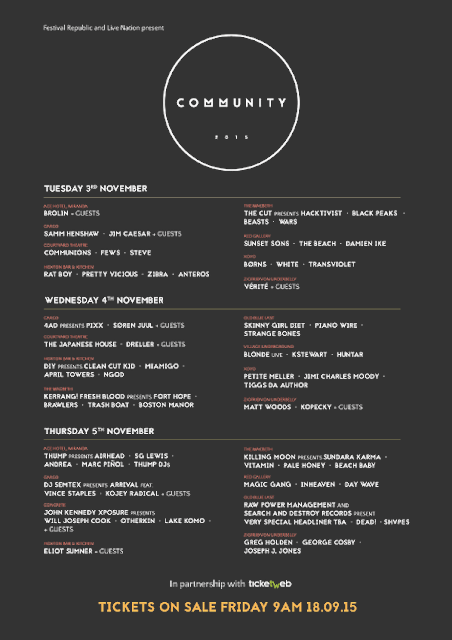 The above is a thing that is happening which is cool. APART FROM THE FACT THAT OVER THREE DAYS ALL OF THESE THINGS ARE HAPPENING AT EXACTLY THE SAME TIME WHICH IS ESSENTIALLY REALLY FUCKING AWFUL. Like, why would you curate line-ups like this and then be like "meh fuck it, we'll have them all on the same three days"? WHY? This is really cool though, anyone mildly interested in music should spend at least two days in east London for this.


Thought about rating songs on a scale of YAS!-YASSSSS! but it’s all got a little confusing even for me.
— WhatIfIHadAMusicBlog (@WIIHAMB) September 4, 2015


This was almost genuinely a thing... for about five minutes.


I finally posted my first ever legit real interview at the start of the month. It's actually cool and not boring, so it would be actually cool if you checked it out.

Finally, I probably can't leave without saying that I went to see Halsey's first UK show early this month and it was... insightful. I wouldn't say that I didn't enjoy it but... it was a weird one to be a part of.