How To Dress Well - Can't You Tell 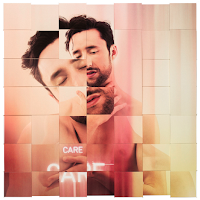 How To Dress Well's fourth album Care was released almost a month ago so what better time to tell you how great my favourite song from the record is. I actually had to pull up ol' How To Dress Well's Wikipedia page because I honestly had no idea how many albums he had released. I think I first stumbled upon Tom Krell's alter ego around the release of his third album because I recall the track 'Repeat Pleasure'. Although, my favourite work of Krell's is his feature on RL Grime's 'Reminder' which was not only number 14 in my Top 25 Tracks of 2014 but also continues to be one of my favourite collaborations this blog has ever seen.

Back to the matter in hand, 'Can't You Tell'. Imagine the audacity you have to have as a musician to open an album with something as monstrous as this. Imagine. So unsuspecting in those opening few seconds and then Krell smacks you (very metaphorically) with a chorus of such immense gravitas it's enough to quick literally knock you off your feet. Obviously bearing in mind my extreme aversion to ballads, I do find some of How To Dress Well's tracks a little... boring but 'Can't You Tell' is quite honestly R&B/pop crossover perfection. I do strongly believe that Krell's vocals are some of the best in the game and I'd like to hope that more music types would pick up on that with the release of Care.