Sampha - Blood On Me 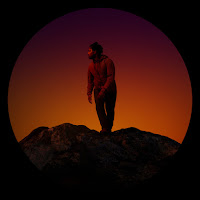 Sampha and I are having a tough time at the moment, specifically in terms of his live shows, which he's doing for the first time ever solo. The first actual one of those is next Wednesday, the day when everybody ever is playing a show in London and I am in fact going to see Mabel for the third time this year. Hopefully by the time you've read this I'll have a ticket for his show next Thursday. But he is also doing a run of shows sometime in November which I completely forgot about getting a ticket for and I am nothing but heartbroken. But it is what it is. Tickets are hard, man.

The real deal is that Sampha has released what kind of really, I guess, depending on how you look at it, his first proper single. It's called 'Blood On Me' and it is so fucking real. This proper launch of Sampha's solo career has been such a long time coming I almost forgot that it was something  that would eventually inevitably happen. But when you think about it, this is such a good time/era for 'Blood On Me', it just feels so right. I'm quite intrigued as to what this song is actually about. If I researched hard enough I could probably find out but I am so totally not about that life.

The video is absolutely stunning too. It's directed by Alex Lill and I really think I'm going to spend far more time looking into the people behind things because ultimately, they're actually pretty important.