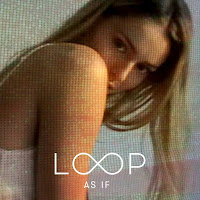 March is almost over and honestly that's just a concept I'm not sure I can handle In light of this terrifying fact, I need to blitz through a load of tracks that I've had sitting in my own personal "blog pending" playlist for the majority of the month. It's off to a good start since I was supposed to schedule this for this morning. So this week's posts will be slightly more frequent but also probably a bit shorter. Wow, the extent to which you don't care is astronomical. Okay, let's do this.


This week's first track is from Loop, known outside of her pop persona as Georgia Buchanan. Loop does straight up no-nonsense pop music, and new single 'As If' shows a slightly edgier and sassier side to her than we heard on her previous singles. The crux of this, in my opinion, is the effective yet subtle swear in the second verse. I'm really picky about how I feel regarding often unnecessary swears in songs but this one really hits the spot. I think this is my favourite Loop song thus far, and I'm confident that this was the track I recall enjoying the most upon seeing Loop live. Originally I'd written something about how if previous form is anything to go by we could probably expect an 'As If' remix sometime soon but I just read that Loop is in fact releasing her debut EP next month which is far more exciting than a singular remix.