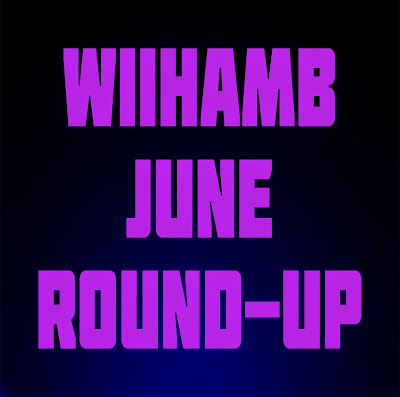 OH MY GOD, JUNE. WHERE DO I START? I don't even know because all of the really exciting things that happened this month happened in the first two weeks, like seriously, entirely super busy and crazy and nuts. But then the last two weeks have been pretty mellow (read: I haven't left my house other than to go to work) so yeah I have no idea what is going to follow here but what's the worst that could happen?


Things I Missed In May

This is likely to become a permanent feature because it's hard to keep up with everything.

Donnie Trumpet and the Social Experiment - Surf - For the sake of argument, let's call this a mixtape. It's essentially Chance The Rapper and friends. Some of it's just okay, but 'Slip Slide', 'Wanna Be Cool' and 'Sunday Candy' are understated gold.
Broadside - Old Bones - I wrote a fairly long(ish) thing about this album and you can read it here. 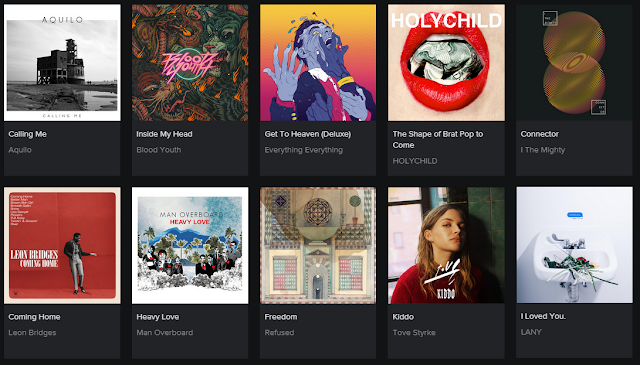 I saw Jerry Williams do a full band thing, which was cool, because at The Great Escape I only managed to catch her do an acoustic thing. I like Jerry Williams, she's just charming. She could probably sing nursery rhymes for half an hour and I'd still be mad into it. The full band thing needs a bit of polishing, but I can only assume that'll come in time. ONE TO WATCH ladies and gentlemen. 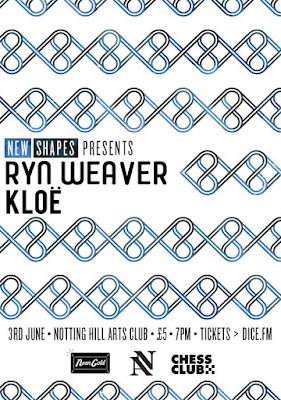 This was my first New Shapes gig and I'd be lying if I said I didn't feel like a little bit of an outsider. Like someone who had snuck in to a party they weren't invited to but didn't actually know anybody and nobody noticed they were there. Regardless, this was Kloe's first live show in London and boy did she make the most of it. Even if at points her vocals weren't the most audible the young Scot's sheer likeability made up for it. Ryn Weaver was sort of a bit of a bonus for me, I love 'Octahate' but her other tracks sort of wash over me a bit. After seeing her set end with a monumental stage invasion, I am intrigued to hear her album... when it finally comes out here... in September 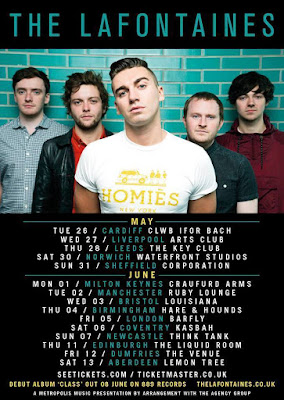 There's no better way to spend a friday night than at Camden Barfly with The LaFontaines. Shame about the support. Literally, bored the room to near hospitiliastion. June 2015 has been a big ol' month for the Scottish five-piece with this extensive UK tour as well as the release of their debut album 'Class'. And 'Class' does nothing but live up to its name. I wrote about the album a little bit last month, but now with the added live experience, which is what The LaFontaines do best, 'Class' really comes into its own. Although, the crowdpleasers that they are, they couldn't miss an opportunity to throw in some old favourites including 'Pon De Fonts' and 'Shark In The Water'.

Wildlife was what it was and there's not much more to it than that. I can't really tell you what we did all day, but we saw Mark Ronson and MNEK and they were both really good. I think MNEK might be my annual festival must see. Mark Ronson was nuts too, he was on really early due to playing Parklife in Manchester later the same day, but it was such a good way to properly kickstart the day. I've seen some pretty negative things about Wildlife from people I'm not even sure attended, but for the first day of a festival in its first year, they did good. 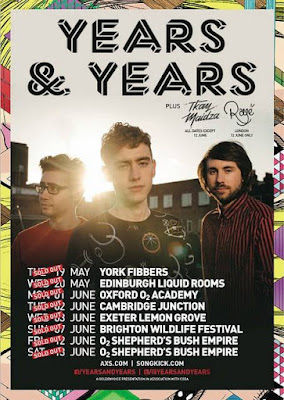 I was skeptical. I don't think y'all heard me. I was SKEPTICAL. I'd seen Years & Years twice already this year and if I'm honest, I wasn't that impressed. This was the biggest step up I've seen from anyone in terms of live show. I can barely describe it. The trio have already sold out one date at Brixton Academy too and just announced a second. But this Shepherd's Bush show is up there for greatest of the year.

I've already written so much about A Loss For Words, I don't want to say any more. Read the thing here. 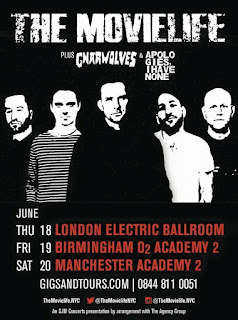 It is no secret that I went to this show for a boy I liked... note "liked" and I didn't even go with him or see him there. Just a typical little excerpt from the life of Natalie. Anyway, I was glad I did go. The only time I'd seen Gnarwolves before was in Manchester two summers ago aaaand I wasn't really that bothered. Honestly, I don't know much about punk things, but if it's possible for punk to sound polished, that's what Gnarwolves are like now and it's good. So honesty is the best policy, and as you can probably guess from the first line of this paragraph, my knowledge of The Movielife's back catalogue isn't great. I like Forty Hour Train Back to Penn... and I've heard the other stuff once or twice. I didn't really matter. The atmosphere (forgive me) in Electric Ballroom was spot on, there was buzz, all of these fans were so so stoked to see one of their favourite bands in well over ten years. I could tell that it had been worth the wait. There were what I can only describe as scenes during closer 'Jamestown' and they were scenes everybody in the room is now looking to recreate as soon as possible.

Albums an EP and albums

I don't really know what is going to follow (well I sort of do) or how it's going to be set out, but you see all of those releases at the top of this post, well they were all pretty good and I want to say things about some of them.

The Shape of Brat Pop to Come could not be a more perfect title for Holychild's debut album. It's a shame that Charli XCX has been the poster girl for this niche slice of pop, but I reckon this LA duo are more than ready to take the throne.
Another album, this time in the form of I The Mighty's 'Connector'. I put off listening to this album, mostly because it's not on Deezer for some unknown reason. When I did finally press play, I was annoyed that it had taken me so long. There's something fresh about I The Mighty, they're not just another rock band. There's also even a guest feature from Say Anything's 'Max Bemis'.
Lany make me feel all warm inside. 'I Loved You.' is the trio's stunning new EP and actually the only EP I felt worthy of me actually writing words about. '4EVER!' is my complete total standout favourite on this release, but the other tracks compliment it so well too. I NEED AN ALBUM PLEASE.

Two albums I did not think I would enjoy. 'Freedom' is Swedish hardcore/punk/whatever band Refused's first album in over 15 years. Now hardcore/punk/whatever is not my bag, it's not for me, I try just tirelessly but I just can't. But this album, I enjoyed.
Secondly, Man Overboard's fourth album 'Heavy Love', which I'm not overly pleased with as a title, but who am I to judge? I haven't like their stuff before, a little bit too generic pop punk for me but this album is really objectively great.
Finally, an album I struggled to really enjoy at first was Tove Styrke's 'Kiddo'. I like Tove Styrke, I think she's cool, nobody mentions the whole her being on a TV talent contest thing, she just does what she does. But I found 'Kiddo' so all over the place to begin with. Nobody on Twitter agreed with me so I decided I must have been wrong.
---
WIIHAMB Daily / BLOGLOVIN / TWITTER / INSTAGRAM / PINTEREST