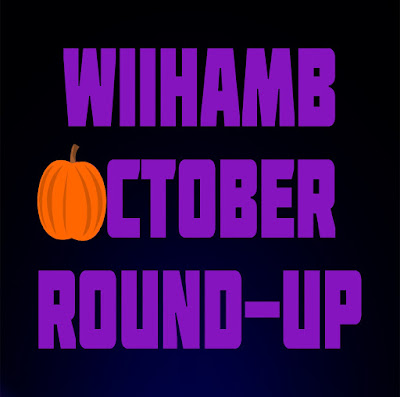 OCTOBER! The month that was. October actually started out super busy for me but then just completely died down over the past two weeks or so and I unfortunately missed a load of stuff last weekend because I was ill *sad face*. A thread running through all of my ICYMIs this month has been my growing obsession with podcasts. Podcasts of varying genres, a lot of Serial based things as well as gaming things and a couple of music ones. So that's where a lot of my time has been spent this month and as a result of that I've paid a lot less attention to the PLETHORA of albums released over the past few weeks. I will definitely attempt to do better in November. 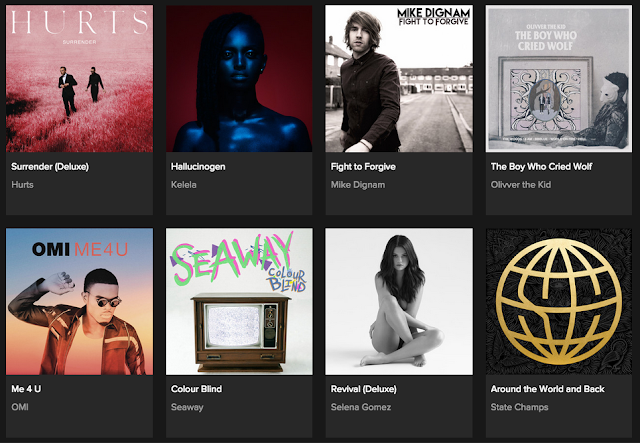 Check that out for a weird as fuck bunch of releases that I enjoyed this month.

Fightstar released their much anticipated comeback album Behind The Devil's Back this month and to be honest I thought that it was a pretty average rock/post-hardcode/whatever genre you want to call it, but I think this track, 'Sink With The Snakes' is absolutely incredible and is without a doubt up there with the best songs the band have written.


I have done pretty much nothing this month other than preach about HOW EXCELLENT the new Frankmusik album, For You, is. It has accompanied me pretty much everywhere that podcasts haven't and for that I can only be eternally grateful. I could probably listen to 'I Remember' on repeat for days.


Favourite song of the entire month I think? I may have even listened to it more than Frankmusik's 'I Remember'... I'm not really sure of the exact statistics. 'Soho Knights' has actually been on Leks Rivers' Soundcloud for ages but everything's better when it has a video right? And this video is really cool. The actual concept is completely lost on me because... well because it is, but the bottom line is, it looks super rad.


The most beautifullest song that happened this month comes courtesy of Australian MDWS and the absolutely stunning 'Heartbreak'. I could probably spend an entire 24 hours locked in a dark room doing nothing but crying to this song. I don't know what that says about my emotional stability but I know it means that 'Heartbreak' is absolutely amazing.

Huntar headlined this month's New Shapes gig and I have never been more proud of my awful photography skills in my entire life. 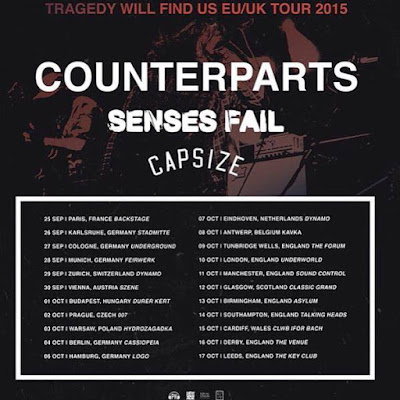 I finally got to see Senses Fail for the first time ever when they supported Counterparts at the Underworld earlier this month. Senses Fail released their latest self-titled album a few months ago and honestly I wasn't really into it so I was quite concerned that the majority of their set was going to play on it heavily. And it did to begin with, but I couldn't believe my ears and eyes when the introduction to 'Lady In A Blue Dress' started. I really respect bands that are the level of Senses Fail who still play songs that are ten years old because #thefans love them. Something I absolutely can't stand at gigs though, is being preached at. Some would say I'm not allowed to have a problem with that, but I do, it's just annoying and it's not what I paid to see.


Went to watch @E_E_ tonight and they were really good. Would recommend. pic.twitter.com/8OqNL2CoQM
— WhatIfIHadAMusicBlog (@WIIHAMB) October 11, 2015

A return to dreadful form of awful photos. I saw Everything Everything for the first time in about four years which was really cool. They're just such a tight and excellent sounding band. I can't imagine anyone going to see them live and not appreciating it regardless of the music that they're into. 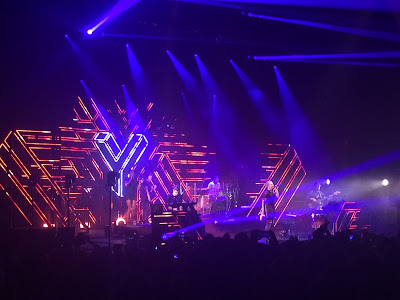 Final featured gig this month is Years & Years at Brixton Academy. It's absolutely insane to see the meteoric rise to fame that Years & Years have had throughout 2015. No doubt I'll write a thing about it towards the end of the year, but it's nuts that this time last year they announced a headline run including a London date at 1200 capacity venue Heaven and a few weeks ago they announced a headline show at Wembley Arena. Insane. 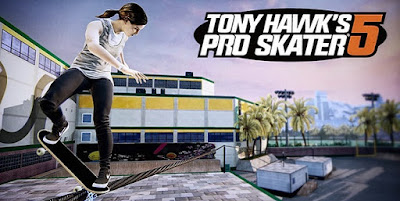 What’s Tony Hawk’s Pro Skater 5 Got To Do With It?
I wrote a kind of review of Tony Hawk's Pro Skater 5 because everybody else was and I wanted to too for reasons that become super apparent if you give this a little read.


Press To Meco - The Lost Interview
Way back at Hevy Fest I interviewed Press To Meco and I finally got around to putting that up the other week, there are some funny bits, it would be cool if you checked it out.

The eternal struggles of the internet.

The second to last paragraph reiterates something I blogged 9 months ago and is also the truest thing I ever read. https://t.co/acHx7Qr8jL
— WhatIfIHadAMusicBlog (@WIIHAMB) October 21, 2015

Pigeons and Planes posted an article last week that pretty much every blogger I follow shared. It's an interesting read.