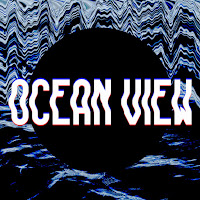 You'll recall this time last week when I said that I was going to blitz through everything I hadn't posted in March so that I could start almost a-fresh in April? Well obviously that has not happened. And so we begin, once again, my quest to just get the hell through songs that have been floating around the world wide web for a month already. The first of these songs comes from Alexander Oliver, a Danish artist who released his debut single 'Ocean View' in March.

I realised but didn't really notice that 'Ocean View' is a song entirely about sex until it was pointed out by Julian on Twitter, and I've honestly had some really mixed feelings about this since. But as songs purely about sex go, this one doesn't come off as particularly seedy or cringeworthy at all. In fact 'Ocean View' does all of this in such an effortless way that it Alexander Oscar pulls off a great pop/RnB debut with no trouble. The video for this track is a strange one though because, personally, 'Ocean View' conjured up imagery of summer and, actually you know what I thought of, the The Chainsmokers lyric video for 'Closer' - that vibe. Also, how much does the video girl look like Lorde's European counterpart! Finally, Alexander Oscar doesn't half have a face for a pop career, does he? An extremely strong look.