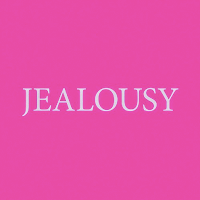 I was first made aware of Hana's existence way back at the end of 2014 (OH MY GOD!) when she must have been no older than an actual toddler. I genuinely can't believe that it's been that long that I've been waiting for new music from her. Nuts. Anyway so back in 2014 I received a very concise email pointing me towards Hana's track 'I Don't Want To' and I fell in love with it. It's actually one of the few tracks that I've frequently made my way back to Soundcloud's dreaded website to put on repeat. As is the way with most re-launching, 'I Don't Want To' is now no more, but I can only hope it sees a re-work or an update for the current times.

Now at the ripe old age of 17 Hana has returned as HANA2K (2000 is incidentally the year that she was born so that's me just busting your myths about what that means) and you know, I think she's ready to hit the ground running. I'm not sure how detrimental being based in South Wales is for one's pop career in 2017, and I'd assume Hana's working towards A-Levels too, but if anybody can make it work, I reckon she can. Her new single is called 'Jealousy' and although it's not as immediately gripping as I found 'I Don't Want To', it has these super subtle infectious pop quirks that seep into your memory. As pop songs go, 'Jealousy' is pretty stripped back but the production on Hana's vocals is really smooth - my favourite bit is the "a lot of flaws" line, just FYI.

I really hope that we hear more from Hana in 2017 because one song every three years really isn't enough to keep me going, you know? Also, I just stumbled upon this video, which I knew was coming but didn't realise was available yet, and I really love it; Wales looks well nice, doesn't it?