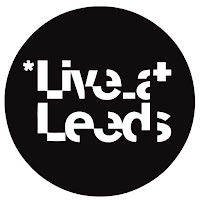 Hi there, please, if you will, give a warm welcome to the early return of The Clashless Guide, which returns prematurely in 2017 for Live At Leeds. Are you stoked? You should be. The only difference is that I've only ever been to Leeds once before and when I was there I visited The Cockpit... which no longer exists, so I guess this is kind of (well, it is) a rookie's Clashlss Guide to Live At Leeds. A large factor in this guide, however, is the existence of The Great Escape. A lot of the line-up crosses over and that's something I've tried my best to take into account.

I'd say that starting off with the venue furthest away is a good logistical decision. I don't know but I'd assume Brundell Social Club suffers like Concorde2 does at The Great Escape in terms of being so far away that no one can be bothered to walk the distance to show up. Regardless, that's where our day begins, with Lisbon at 13:30. Lisbon are an indie/pop/rock amalgamation three-(previously four)piece from The North, Newcastle to be more specific. Prior to now Lisbon were making catchy indie banger type songs like 2016 singles 'Vice' and 'Shark' but they've done a quite a drastic "change of direction" thing on their new single 'Tyler'. Lisbon's current run of shows is pretty much the first time we'll get to preview this new sound and how it integrates within their back catalogue. A solid way to kick things off, I reckon.

Rushing sucks, so you have until 15:00 to get back down in to town for Australian duo Kllo at Headrow House. Kllo make this really muted quite atmospheric feeling electro-pop that is very reminiscent of cuts from Bonobo's recent album, who, it just so happens, they are supporting for a date on his Australian headline tour. They've also sold out their London headline date on the run up to Live At Leeds, so they're undoubtedly worth checking out. 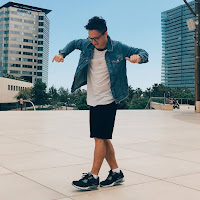 You could see Airways at 15:00 too but Leeds Beckett SU is further from The Wardrobe Bar where you definitely need to be at 15:30 to see Joel Baker. Nottingham by London singer/rapper/songwriter Joel Baker's been working hard for a good few years now and has never really received the attention he deserves. Last January, Baker released a mixtape called Bran Flakes Volume 1 and it's honestly very good. Joel Baker is honestly very good and he pulls off casual lyricism and diverse vocal styles (singing and talking with rhythm that I probably wouldn't go as far as to call it rapping) pretty effortlessly live.

Here's where things start getting messy, right? Because I'd like to urge you to see Kovic at 16:00 but there's no way you're getting over to The Chapel in time. Instead, pop in to Belgrave Music Hall for Anna Straker at 16:00 instead. Straker is the first artist I've mentioned who does also play The Great Escape next month but she plays primetime on Friday night and that's bound to be clash central.  The 19 year old London musician/producer makes super fun dance-around-the-kitchen-worthy electro-pop that no doubt translates in to a live setting too. It's at this point that I'd recommend you do something about eating. There are a bunch of places offering discounts and free stuff with Live At Leeds wristbands; unfortunately this has been posted in gif form (*infinite eye-roll*) on the LaL socials and is therefore quite tricky to read... hopefully clearer details will materialise over the next few days.

Now you're re-fueled we're about to implement some fairly controversial plans. First we'll head to Leeds Beckett University Union for Clay at 17:30. Clay is a terrible band name, so much so that I thought I didn't like Clay purely off the back of assuming they were "just another indie band". I was incorrect, and I don't want to urge them to change their name... but I'd definitely happily suggest that as an option. Anyway, Clay are apparently "re-inventing the modern perception of a 'band'", which seems like a pretty big task to me. Whilst they work on that they also make quite interesting pop tinged indie rock.

The spanner in these particular works is that Clay are from Leeds and that means their set and this venue will most likely be very busy. Try getting in anyway. If you do get in, great work, solid shout, stay there, I'll grab you in a sec. If it's looking unlikely run back down to Belgrave Music Hall for Ider. Female duo Ider are everyone's favourite hype act right now, so this will also be busy but they don't start until 18:00 so give it a go. The pair's vocal harmonies live are insane and their personalities on stage are extremely likable. They are playing The Great Escape though, so don't worry if you don't make it down. 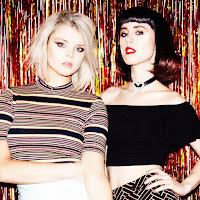 For those of you I left at Belgrave Music Hall, stick around for Ekkah at 18:30. Ekkah are one of my absolute favourite acts to see live for so many reasons but mostly due to the duo's synchronised dance routines. The pair's music is the best kind of 80's inspired synth pop that's so bubbly and fun standing still is quite simply not at option. Along with Joel Baker, I'd say Ekkah are not to be missed on Saturday. Following this, it's a quick sprint down to Headrow House for Zach Said at 19:30. Zach Said has recently signed to "hot Sony Label" Insanity and also supported Anderson .Paak in London mere weeks ago! His straight up soulful R&B is quite different to anything else I've noted in this Guide so for that alone broaden your horizons and check him out.

You then have an half an hour to casually make your way all the way back over to Brundell Social Club for 20:30 for the first mighty Danish trio of the evening, Off Bloom. With their custom made branded outfits and lead singer Mette's confident attitude, Off Bloom pull off amazing live shows made for headlining venues far larger than they're playing at the moment. It's a non-stop electronic whirlwind from the moment they step on stage, and if you thought singles 'Falcon Eye' and 'Love To Hate It' sound big on record, they sound huge in the flesh too.

Afterwards, head back in to town to catch another Danish trio, Chinah, at Belgrave Music Hall at 22:00. I can't workout how three people are able to set a tone, create a mood and flawlessly pull off their songs as well as Chinah do but they never ever disappoint live. This is one of the first times we get to see the band in the UK since the release of their second EP Hints, so I'd advise you not to miss it. Both of these three-piece's do play The Great Escape next month, but once again Off Bloom clash with everybody on the Saturday night, and it's a fairly similar story for Chinah on the Thursday night.

Finally, stick around at Belgrave Music Hall for Sinead Harnett at 23:00. Harnett has collaborated with some of the the UK's best "dance" acts including Rudimental, Disclosure, and Snakehips but now it's time for her solo material to take the floor. Her smooth take on pop/electro/R&B is just the right about of vibe to bring your night to a close where live music is concerned. And just like that we've reached the end... but what's a post without a playlist?! So here that is:

Obviously don't forget to check back here for some thoughts and feelings in the wake of Live At Leeds, and also in a couple of weeks for your Clashless Guide to The Great Escape 2017.

Other Artists Not Playing The Great Escape Who I'd Also Recommend Seeing
1300-1330: Casey Lowry - The Wardrobe

Email ThisBlogThis!Share to TwitterShare to FacebookShare to Pinterest
Labels: festivals, live at leeds