Check out my Buzzfeed style clickbait title. Love me, Internet.

I wasn't going to review The Great Escape. Those three preview posts were more than excessive but as you may remember, I said I hadn't seen many of the acts I recommended you all watch. So I feel like I'd like to share how great some of them were for anyone who didn't make it.

Youth Club - The first band of the festival (technically barely even the festival seeing as it was an Alternative Escape show) were also one of the standouts. When I saw them setting up I actually thought I'd got the times wrong. Band least likely to look like what they sound like. That aside, this six piece, complete with the long haired trio up front, played one of the tightest sets of the entire weekend. It sounded as if I was listening to their EPs... But no, real life live music. Something I really liked were that even the backing vocals were 100% on point. An astoundingly clean and polished set for a band so early in their career. 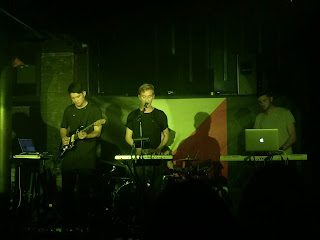 Thomston - I watched Thomston twice on Thursday and absolutely fell in love both times. The young New Zealand based artist has only played four shows to date and I've been to two of them. Taking this into consideration, I was really surprised me was how great everything sounded. It didn't feel over rehearsed either which I think is really important. Thomston has a really great commercial R'n'B voice but him and his super tight band add that extra edgy electronic element. I almost forgot. He did this cover of Mario's 'Let Me Love You' and it was incredible. I've also pretty much listened to barely anything other than Thomston since. Full on obsessed.

High Tyde - One of the few problems with The Great Escape is that there are a lot of industry types about, and unless they can look extremely cool doing it, industry types don't like to have fun. This was the only thing that stunted High Tyde's otherwise perfect performance. A band who are just really fun to watch, they're having a good time, so why shouldn't you? The Brighton four piece definitely win the award for best Marty McFly performing at the school dance impression too, although I'm sure that probably wasn't intentional. 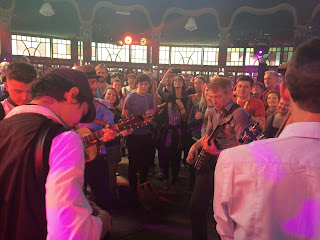 CC Smugglers - I don't know where to start. As long as you're up for a good time it's pretty easy to look past the fact that these six guys are dressed as though they've just hopped off their tractors from the local farm. With more instruments than you can shake a stick at, CC Smugglers play this insane folk, indie, old-time, fun crossover craziness. Quite obviously not a band you'd catch me listening to in my spare time but definitely something more than worth watching live. The perfect festival band. And come on, when was the last time you saw a band finish their set in the middle of the crowd with a backflip? Yeah, I thought so.

Jack Garratt - It's no secret that I queued for over an hour and a half to watch Jack Garratt at Vevo's event on Thursday night. It's also no secret that once I squeezed my way in I had a great time. The most impressive thing about Garratt is that he does everything himself, a real one man show. That's what makes him such an incredible performer. The tracks sound flawless as well. I always claim that men can't multitask but Jack Garratt blows that out of the water completely. Either that, or he's actually a woman.

Jerry Williams - I don't know if I've ever witnessed a live performance from someone as utterly charming as Jerry Williams before. Everything about her is so sugary sweet from her look, to her smile, and of course her voice, so sweet it's almost sickening... in a good way, obviously. With a set featuring fan (my) favourite 'Boy, Oh, Boy', a couple of covers and her forthcoming single, Williams showcases something for everyone. She's also got that 'one of those girls men want to be with and women want to be' thing going on. 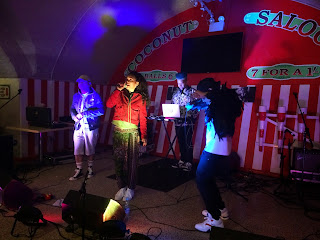 The Age of L.U.N.A. - Similar to Thomston, this was also only young hip hop tykes The Age of L.U.N.A.'s fourth live show. Although it was a bit more obvious that they were new to the whole live thing, it didn't deter from everyone in the "room" being able to see the potential this four piece have. The standout element of the quartet's performance was by far their singer Daniella Thomas, whose voice is beyond incredibly captivating thing. Overall The Age of L.U.N.A.'s performance felt a tad over-rehearsed but I don't think it will take more than a few months for these guys to completely come into their own in a live setting.

Others I saw who were more than alright:
I only managed to catch about ten minutes of Ekkah's set on Saturday night and I've written before about how amazing I think they are live. Brilliant pop songs and amazing synchronised dance moves. The reason I only caught a snippet of Ekkah was because I wanted to watch aaaaall of Oceaán and so I did and I enjoyed it very much. I was wandering around alone on Friday afternoon and heard Loris as I walked past the Spiegeltent. I liked what I heard, I went in, and it was all very good. Zibra aren't an ensemble I know much about but their live show sounded absolutely huge. Finally, even if it's just to witness Jillian Harvey and her incredible hair in person, it's definitely worth your time checking out Lion Babe if you get a chance.

Others I'm upset that I didn't get to see:
Due to various line-up clashes or huuuge queues I didn't get to see Adam French, Aquilo, Honne, Josef Salvat, Louis Mattrs or Shamir and I'm pretty gutted about all of that. Also fairly gutted that I walked in on the last Nai Harvest song on Saturday night and Pav Tav was going off. Next time, everybody, next time.