The Great Escape, the UK and Europe's leading new music festival, is almost upon us for it's tenth year. 2015 will be my third time at the festival but my first time as an actual punter rather than a volunteer. This means that I'll have so much more free time to spend swanning around Brighton's finest (and grubbiest) venues. The downside though, that being the horrific amount of clashes we need to battle our way through.

A little while ago Breaking More Waves posted a TGE preview series that contained more than enough to keep us all busy over the weekend but when I thought about doing a clash free guide, I just couldn't help myself. So for the next couple of days I'm going to be sharing some of my "tips" and tricks for the festival and how to avoid some of the weekend's nastiest clashes.

Something to note about the fair majority of the artists featured across these posts is that I haven't seen a lot of them live before so it will be a learning experience for us all. It's really important to remember the vast amount of secret and pop up shows that take place during The Great Escape. The organisers have already said that this year will see the most secret sets they've ever put on; so if there was a year to sign up to the text alerts or download the app, 2015 is probably it. As well as information about secret shows, the text alerts will (sometimes/when it wants to) let you know which venues are at capacity and some options for where to head instead. Also, a final word of advice: Concorde 2, St George's Church and The Old Market are VERY far away from most of the other venues. Use your time wisely.

Whadda you say we get this thing started then?

The majority of artists playing the core TGE venues will have a 30 minute long set. Assume this is the case with artists detailed below unless otherwise stated. Artists, venues or showcases coloured in pink are free to attend without a TGE wristband/pass.


There's no point in wasting time at The Great Escape so I'm going to jump straight in with Model Aeroplanes who are up bright and early in the Brighthelm Centre at 12:30. These four young Scots play infectious indie rock and recently supported Prides on their UK tour. Although the forecast for Thursday, in true UK fashion, is predicted to be rain all day, summer indie feel good vibes is the WIIHAMB agenda for the afternoon. Spinnup and TMRW Magazine are hosting a showcase at the North Laine Pub and Brewery all afternoon. I'd suggest checking out Youth Club at 14:15 (20 minute set) for the dose of summer that you've been searching for. This mob from Southend sound like a Phoenix meets Two Door Cinema Club hybrid and will definitely leave you thirsty for more. If you fancy a spot of exercise, Coffee House Sessions are also putting on a showcase at The Fishbowl in The Lanes, featuring Bristol based singer/songwriter and occasional drummer Florrie who takes to the stage at 14:40. Both of these showcases are part of the Alternative Escape and are free to attend with or without a festival wristband. The final act for the afternoon I'd recommend are local to Brighton five piece Fickle Friends who play up at The Hope and Ruin (formerly The Hope, formerly without that ridiculous sign out the front) at 15:20. 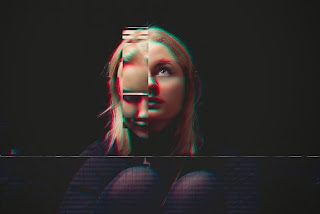 I've separated the start of Thursday evening out into two routes that then join up later on.
Route one begins and essentially spends all its time inside seafront venue, Coalition. I predict that the venue will be busy this evening but if you want to catch three of this years most talked about newbies, it's definitely worth the trip. Lapsley is the first artist on when Coalition reopens for the evening's events at 19:30, so I suggest getting there for around 19:00 would be a good call to beat the rush/queue/get a good spot. Even though Coalition is one of the larger venues taking part in TGE, it does still only have a capacity of around 600. Once you've made it inside, it's worth sticking around for French Cuban twins Ibeyi at 20:15 and then for flamboyant BBC sound poll nominated Shamir at 21:00.

Route two is slightly more complicated. I know I claimed this was clash free but it's just not that simple so you have a couple of options here. If you're someone who likes to make the most of the time they have, you can still watch Blog Sound Poll 2015 winner Lapsley and then you can shoot over to The Arch (just along the seafront) to catch the majority of young New Zealand native Thomston's set. Alternatively, you remember I mentioned earlier that both Concorde 2 and The Old Market are more than a little out of the way? Well these come into play thick and fast, with pop pioneer Josef Salvat performing at The Old Market at 19:30 and the surfer rock Sunset Sons on stage at Concorde 2 at 19:45. Getting back to the centre of the festival from either of these venues takes around 15 minutes (walking, obviously). So opting for Salvata means you may be able to catch the second half of Thomston's set, but seeing Sunset Sons puts you out of action until around 20:30. Now all of that running around is out of the way, take some time to relax at Paganini Ballroom with singer/songwriter Adam French at 20:45, a young man whose voice and style wouldn't be at all out of place alongside that of George Ezra's. Around the corner at Shoosh at 21:30 you can catch Astronomyy. I'm not sure how to describe him or his music, electronic vibey good stuff, you know. Also, we used to have a Shoosh in Croydon and I don't have many good things to say about it... hoping for the best in Brighton. 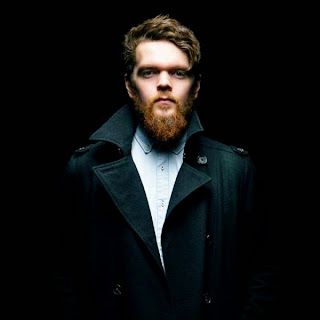 It's only Thursday night and I feel that actually this guide is absolutely laden with clashes and that's not about to stop any time soon. A pair you'll have to make your own mind up between are stunning pop/electro duo Aquilo (22:15 at Komedia) and the equally stunning Irish band, Walking On Cars (22:30 at Brighthelm Centre). Both venues are reasonably close together so location doesn't help with this choice. I would maybe be a little cautious of Komedia filling up due to Aquilo being more well known. However if you are feeling worn out maybe Komedia is the best place to head as you'll only have to drag yourself upstairs at 23:30 Chase & Status collaborator and R'n'B genius Louis Mattrs. The final stop on Thursday's tour is the much talked about must-see Jack Garratt who plays an hour long "headline" set at Wagner Hall as part of Vevo at The Great Escape. This is your best chance to see Garratt during TGE. He also plays two more shows on Friday but the evening set is only the standard 30 minutes and it's downstairs in Patterns (formerly Audio) which has a limited capacity of around 300.

Feeling tired already? We're only getting started. Check back tomorrow for your guide to Friday at The Great Escape.