A reminder that: The majority of artists playing the core TGE venues will have a 30 minute long set. Assume this is the case with artists detailed below unless otherwise stated. Artists, venues or showcases coloured in pink are free to attend without a TGE wristband/pass.

Welcome back to WIIHAMB's exhausting marathon look at how to best avoid clashes throughout 2015's Great Escape Festival. You find us at the start of the second leg and trust me, Friday will be at least as tiring, if not more so, than Thursday was.


Once again it's an early(ish... well it is if you stayed out for the Jack Garratt show) start but like I said, there's no point in beating around the bush at The Great Escape. Orla Gartland kicks off proceedings at the little old Prince Albert at 12:30. Today's first venue is a pub so I reckon it'd be rude not to grab a beer and then metaphorically sit back and let Gartland seduce you with her dreamy indie/pop. Playing upstairs in Patterns at 15:30 is one of the bands I'm most looking forward to catching at The Great Escape, local boys High Tyde. A quick sprint down the pier will land you at Horatio's for Spindle and Firetrap's Alternative Escape showcase where you can catch JP Cooper at 16:10. If that's too out of the way or the venue reaches capacity, head over to Believe Recordings' showcase at Carousels on the seafront. At 16:15 you'll find alternative duo Meadowlark taking to the stage. Either way it's worth being at Carousels for exciting young hip hop quartet The Age Of L.U.N.A. at 17:00. 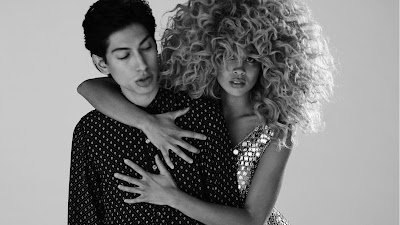 The evening gets back into full swing at the Spiegelpub at 18:30 with young singer/songwriter Jerry Williams. Breaking More Waves recommended Williams as one of their 20 artists to see at the festival and her quirky acoustic tracks are definitely something you shouldn't miss out on. If Model Aeroplanes were on too early for you yesterday, they play another set tonight at the Queens Hotel at 19:45. Another female rising star Raye is next on our list taking to the stage at Shooshh at 20:30. I'd be surprised if Raye accompanied by her exciting blend of crossover electronic/RnB/pop aren't topping 2016 Ones To Watch lists. A quick run down to seafront venue Coalition and you'll be able to catch Radio 1's new favourite rock band Nothing But Thieves at 21:00. I was going to strongly advise against going to seeing the incredible vocalist that is Rag 'N' Bone Man unless you wanted to queue for hours however he is playing one of the festivals largest core venues (apart from the main Dome itself), the Corn Exchange at 21:30. In seeing Rag 'N' Bone Man however, you will run the risk of missing hotly tipped duo Lion Babe at The Arch, a venue of half the size, at 21:45. The pair haven't released a lot of music thus far but their latest single was produced by none other than Pharrell so I'm excited to hear what else they have to offer. Also I need to see Jillian Harvey and her amazing hair in real life. 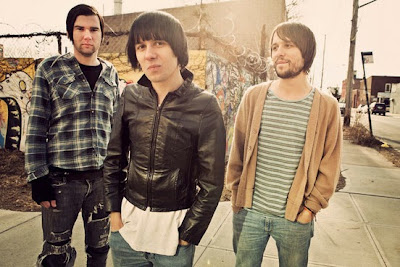 If after all this excitement you're still standing, there are a few more acts to go. Over in Komedia's main room at 23:30 you'll find chilled stunning R'n'B duo Honne. Probably a nice pair to sip another gin and tonic to really. If you're still up for any running around at all, female duo Nimmo are on all the way back at Coalition at midnight. I can vouch for Nimmo being a great live band but I fear that general logistics this late in the evening aren't going to work in their favour unless you're already down that way. The Cribs play two lengthy sets during The Great Escape, the first of which is an hour long and takes place with Vevo at Wagner Hall. If this is the one you're opting for I'd suggest getting there half an hour or so early because if last year is anything to go by, Wagner Hall isn't so big once Vevo have kitted it out with all their fancy decorations. A final thing to note about late on Friday night is that there are a couple of scheduled "super" and "very" special guest slots. Last year's special guest at The Haunt was Peace so chances are they won't disappoint this year either. Keep your ear to the ground and be prepared for anything.

Friday out. I'm so tired just thinking about all of this. I'll see you back here tomorrow for a look at Saturday, shall I?