To say that over the next week or so I'll be stretching myself thin is an understatement. I've been able to fight off the jetlag since getting back to London on Thursday morning but I'm waiting to just completely crash. Whilst I deal with that, I have compiled at ICYMI of everything that has happened since the last one. It's also The Great Escape this coming week and I AM SO EXCITED especially after missing Live At Leeds whilst I was away. In light of this, I had a stupid idea/stroke of genius to create a "clashless guide" to TGE... I still think it's genius but it's coming on very slowly and I mean snails pace slow. Time will tell etc I guess.

Sunday
Shout out to Chris for this one, he basically handed it to me on a plate and I stole it right from his very hands. I can tell you next to nothing about this band other than that there’s three of them and they’re from Reading. Apart from that, I can tell you that The Parades have this bouncy little tune called ‘Uh’ which sounds like what you’d get if you stuck Everything Everything in a blender with The 1975. Gettin’ you ready for summer like uh uh uh uh.


Monday
Unlike every other blogger ever I haven’t actually posted anything from Japanese Wallpaper before. But this track ‘Forces’ featuring Airling has won me over. Australian singer Airling’s voice kind of sounds a bit like Kloe who I’ve posted a couple of times before and I think being able to relate to that got me on board. There’s so much hype around eighteen year old Gabriel Strum (aka Japanese Wallpaper) right now that it’ll be interesting to see his progress throughout the rest of the year.


Tuesday
Anything Chance The Rapper features on you can assume is going to be gold before pressing play and ‘Prisoner’ is no different. New York singer Jordan Bratton has teamed up with the Chicago rapper for this beautiful daydream-like pop song.


Wednesday
I wasn’t blown away by ‘All Cried Out’ originally but this remix has won me over like you wouldn’t believe. Swedish producer Oliver Nelson has given Blonde’s new single a 90s makeover and it sounds so great.


Thursday
April Round-Up
In the new alternative format, this round-up includes all of the music related things I did, saw and liked in April. 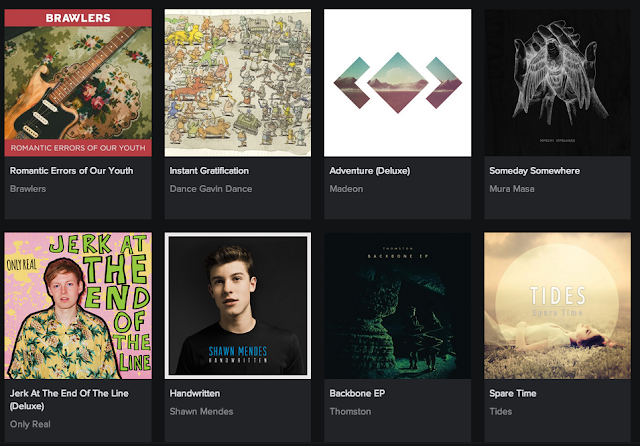 Insert Guest Post Week here
So the reason why this ICYMI isn't just from the previous week is because whilst I was away some friends helped me out with a week's worth of posts. You can find those all here.

Friday
I was sitting in the airport waiting for my flight to Australia two weeks ago when my Twitter feed was set alight by Joel Compass premiering his remix of Lion Babe’s ‘Wonder Woman’. If I’m honest, I think I prefer this version to the original which it doesn’t stray too far from, but there’s just a hint of je ne sais quoi that gives this remix an exciting edge. Sidenote: There’s still no lion emoji.


Saturday
I’m late again. So shoot me. In fairness this time, if you’ve been keeping up with WIIHAMB you’ll understand why. Anyway, 2015 seems to be zooming by, it only feels like yesterday that I was posting Oh Wonder’s April track and all of a sudden we’re well into May and ‘Livewire’ is already a firm favourite in everybody’s Spotify playlsits. The release of Oh Wonder’s debut album is now only four months away and the duo have also managed to sell out their first four live shows. There are certainly exciting times ahead for Josephine and Anthony.