Being As An Ocean - Dissolve 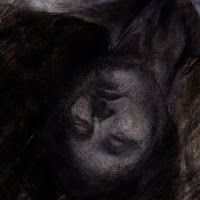 I really liked The Elijah. In fact, I'm wearing a The Elijah jumper as I type. I've been a fan of Being As An Ocean since former The Elijah guitarist/vocalist, Michael McGough joined the band before the release of their second album How We Both Wondrously Perish in 2014. Going forward from this album, the Californian band had added an entirely new dynamic to their sound and carried it off flawlessly.

Since releasing their self-titled third album last year, Being As An Ocean have signed to Equal Vision Records and recently released a new standalone single, 'Dissolve'. Frontman Joel Quartuccio's vocals are my least favourite thing about this track but that's just me because the whole spoken word thing is not what I am personally into. But they work, they always do and if you're into poetry and stuff like that, it probably translates a lot better.

McGough's vocals along with new drummer Jesse Shelley's performance are the stars of the show on 'Dissolve' though. Overall, Being As An Ocean manage to get the balance just right between post and melodic hardcore without fault every single time. The band as touring extensively for the first half of 2016 across America, Australia and Europe, but hopefully we'll hear more new music from them towards the end of the year!