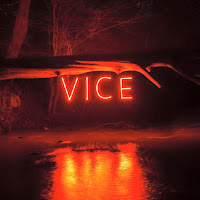 Sometimes all you need to get you through the day is a shot of danceable indie and Lisbon’s ‘Vice’ is just about the perfect dosage. This song also features a noise that sounds like an email is sending and what more could you want? Dance vibes that give the impression that you're being productive. Hi, yes, Lisbon, you've literally made the soundtrack to my life.

I don't think I've liked any of the Newcastle based four piece's previous tracks as much as I like 'Vice'. I mean, surprisingly I've never posted them on WIIHAMB over the last three years but they're always cropping up some place or other. I'm not sure what bigger project 'Vice' is part of but we can only hope that there's another EP from Lisbon on the way later on this year.

They're currently on tour with Model Aeroplanes around the UK with a few dates still to play through to the end of the week. That's a pretty stellar line-up if indie pop rock is the kind of thing that you're into. And I've just seen that they're playing The Great Escape too which is quite possibly the greatest gift I could ask for from any rising artiste.