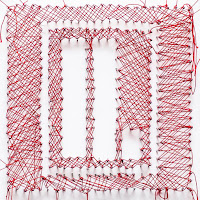 I wanted to wait to post this until after the weekend that's just passed because I just watched letlive. play various London venues three nights in a row, which was really great. At The Dome in Tufnell Park, 'Good Mourning, America' was probably the best song of their set. It's been almost two years since the release of their last album, The Blackest Beautiful, so it's definitely refreshing to hear them play something we haven't heard live before, and oh my god it sounds so good. I can not wait for them to come back to the UK (hopefully towards the end of the year) when everybody knows this song and for it to sound even more amazing live.

The best thing about this track is that it's undoubtedly letlive. but it opens them up to such a wider rock audience which is the greatest news. I'm so aware that there human beings on the planet who like punk and aren't into letlive. and that blows my mind because they're so amazing in every sense of being a band. This song has a chant, it has a catchy chorus, you can dance to it, you can throw yourself around in the pit to it. There are so many options and all of them are very feasible and simple to carry out.

All of letlive.'s songs have a message and have a lot of weight behind them but 'Good Mourning, America' is something everyone can get a handle on in terms of what they've experienced or what they've seen in the media. And that's cool.

Fuck, I can't wait for this new album. It's out in a month and a half. And it's going to be incredible.