So here it is, later than planned because as I've stated numerous times this week, I can't bloody stand writing. My top five albums of the year everybody! Woohoo! 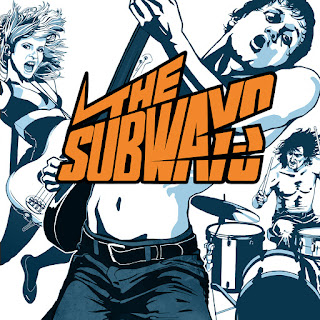 Honestly, I entirely forgot that this album had even been released. That's problem with end of year lists only happening every twelve months; you forget what happened in months one, two and three. Either that or you're tired of them by now. Not only do The Subways have to contend with what I'm going to refer to as "Q1 Syndrome", they also have to deal with being a band that the majority of people forgot about circa 2008. Their not the only act to be struck by that in this half of my top ten. The Subways’ self-titled album is their fourth full length and without having seen the trio live (ever), musically there is no way anyone could deny that this is their finest work. The band still sound as angsty as they did on their debut but their songs are in a whole other league now. Vocally Billy Lunn and Charlotte Cooper still sound excellent together. I often wonder whether if the The Subways surfaced now and if this was their debut they’d be absolutely huge. There’s no way that with the right backing songs like ‘Good Times’, 'Dirty Muddy Paws' and ‘My Heart Is Pumping To A Brand New Beat’ couldn’t be as big as the likes of ‘Rock & Roll Queen’ and ‘Oh Yeah’. Their indie punk alternative rock is so on trend at the moment too, which makes it even more upsetting that 'The Subways' was so overlooked. The further one delves into this album, listening to 'Pet Boy' and 'Black Letter', leads me to believe that I've been using the term "pop punk" incorrectly. This is pop punk and it sounds excellent. 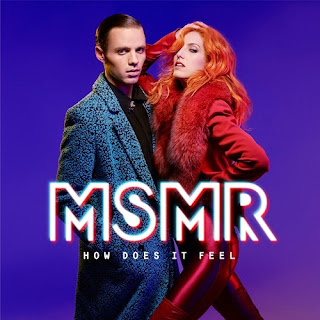 Male/female pop duo number one. How is this only MS MR’s second album? How did we live this long with only their debut for company? From the second I heard the introduction to ‘Painted’, the first single to be taken from ‘How Does It Feel’ and also the album opener, it was clear that this record was going to be all killer no filler. Second track, 'Criminals' is my favourite. It's almost theatrical, and that sounds bad but Lizzy Plapinger's voice makes me want to wave my hands about as if I'm in some kind of classy cabaret. 'Wrong Victory' was also one of the few tracks this year that broke the "I don't like ballads" thing I have, I just don't think this New York based duo can do any wrong and it definitely wouldn't be fair to hold a great "slow(ish) song" against them. It's crazy that MS MR don't attract as much attention as they should with the calibre of pop songs that they write; for example 'Pieces' and 'Reckless' could not be more suited to radio - they're different but undoubtedly on the right side of quirky. I lust for big things for MS MR, I really do.


3. Holychild - The Shape Of Brat Pop To Come 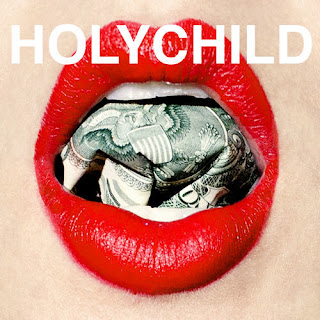 Male/female pop duo number two. During the summer I described Holychild as “Charli XCX but if she was good” and six months on I think I'd like to tweak that statement. Holychild are Charli XCX but if she'd released an outstanding debut album. I'm really glad that I bought a physical copy of this album because on the sleeve LA based duo Liz Nistico and Louie Diller briefly explain what they're about and what brat pop ("rebellious pop music") is about. That's cool. And it's things like that that make you feel almost rewarded for buying a physical copy. Sure you get the booklet with digital downloads or whatever but don't lie to me and tell me that you ever look through it. Anyway, 'Nasty Girls' is a really good example of Holychild getting the whole brat pop thing right. There's not really a dull moment on this record, there's always something mildly kooky going on. Whether it's the vocal sampling on 'Money All Around', the crazy percussion on 'Plastered Smile' or just the feel good vibes of 'Diamonds On The Reboud', 'The Shape of Brat Pop to Come' is just a really fun listen. If this is the sound of brat pop to come, it sounds great. 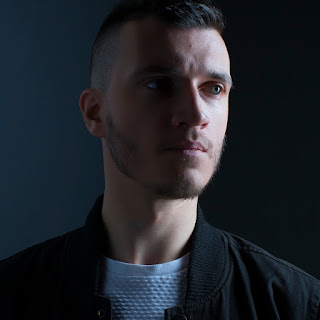 JUSTICE FOR FRANKMUSIK. I could shed a tear for how excellent this album is and how few people have heard it. What can I do to get you to listen to this album? Other than just talk about how great it is, obviously. Let's be honest, the last time you listened to Frankmusik it was 2009 and it was something from his debut album 'Complete Me'. If you liked that, then you're going to love this. Yes, ‘Confusion Girl’ and ‘Better Off As Two’ are timeless but everything on 'For You' sounds so much better. Now on his fifth album, Frankmusik has done a wonderful job of staying #current it's just that no one's noticed. The first single to be taken from ‘For You’, ‘I Remember’ is a put-it-on-at-every-party-for-the-rest-of-ever kind of track and I can not emphasise that enough. Seriously, play 'I Remember' at my funeral. There are parts of this album that you could listen to while you’re getting ready to go out, parts you could listen to in the club and parts you could listen to on the way home. ‘For You’ has every base covered. Because I can, and because actually writing about music is something I'm pretty poor at, I thought I'd let you know some of my favourite album tracks from this record. So if you'd like a crash course in how great 'For You' is, listen to: Lexus, Mistress, Cosmic Rendezvous and Majestic. Also, definitely listen to 'Know My Name'. I don't know exactly what this song is about, but I'd like to think it's about this whole music thing and that's really rad. Vincent, I'm loving the things you do and you’re majestic as fuck. 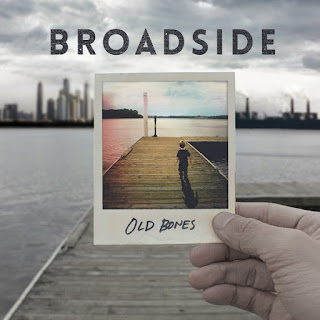 I toyed with making ‘Old Bones’ my album of the year for a while and in the end, that’s what I’ve decided to do, even though I’m not sure I’m overly happy with the decision. Nevertheless, Broadside’s ‘Old Bones’ is by far one of my favourite albums of the year and probably the one I listened to the most. Actually, it’s definitely the one I listened to most. I wrote a feature type thing about my neglect of Broadside and this album when it was released... No one read it, but I wrote it. So ‘Old Bones’ is the best pop punk album to be released this year. Yes it is. And yeah, sure, it’s far “pop rockier” than “punk” in terms of pop punk but that’s the genre most people are going to put this band in, so I’m going to do the same. It’s also definitely more A Loss For Words/State Champs/Seaway than it is The Story So Far/The Wonder Years or whatever but that is not a bad thing in the slightest. One of my favourite things about this Virgina five-piece is their frontman Ollie Baxxter's vocals because unlike a lot of guys fronting pop punk bands at the moment, he can actually sing, and it really works to Broadside's advantage. There are a string of five tracks in the middle of 'Old Bones' that perfectly showcase why Broadside are the band to watch. From the aggressive gang-vocal laden 'Playing With Traffic', through to my personal favourite 'Come & Go' and ending with catchy as hell 'Simple Type', this section is why this band should be big. I am so thoroughly stoked for Broadside to come to the UK, because that has to happen at some point next year, right? And when they do, it'll be great.