So I found it really hard to put my favourite EPs in an actual order of preference and I also wanted to include ten of them because EPs were far better than full-lengths this year (and better than EPs last year). So with that said, today are my first five favourite EPs and they are listed in a craaazzyyy alphabetic order. Mad. 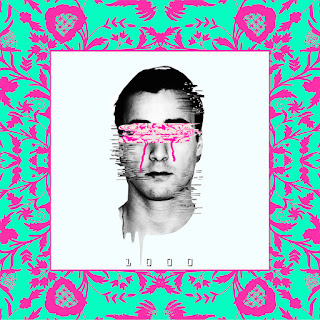 This is the only EP on this list that I own a physical copy of, and I guess I did kind of stumble upon the limited edition purple vinyl at the Christmas Indie Label Market, but regardless of that, it's still the only one I actually have. Opening and title track '1000' is the clear "single" from the EP because despite being layered with more elements and sounds than you can shake a stick at, it does still translate to those who maybe aren't so familiar with Ben Khan's music. 'Red' is my favourite track though. The "I can't take my eyes off your eyes babe" lyric whacks me in the feels. There is a lot going on throughout this EP, there are a lot of "sounds" that I think can sound a bit brash at times but Khan's standout vocals from beginning to end seem to almost pacify the madness. Closer '2022 Zodiac' clocks in at just under two minutes long and is so futuristic I think it's what people in the 1970s would have assumed we'd all be listening to in 2015... and to be honest, we all should be really.


Fours - Everything I Never Said 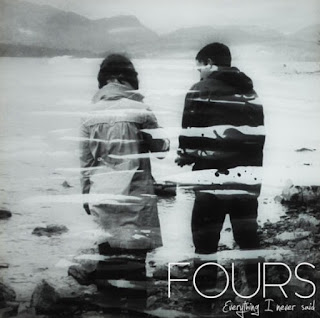 If this list had been based on play count alone, 'Everything I Never Said' would have topped it without a shadow of a doubt. After stumbling across Fours in September their debut three track EP took control of my life and would not let go of the steering wheel. Frontwoman Edith Violet's vocals are just an absolute pleasure to listen to. Despite all three tracks being unarguably above par, 'Leave Me' is definitely the standout, telling the tale of meeting a guy in a bar and it not going particularly smoothly. 'Damage' shows a more emotional side to the four-piece which is a really nice contrast to the other two songs on this release. I genuinely can not wait to hear more music from Fours next year and to see them live too! 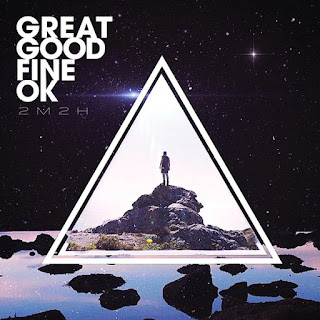 Great Good Fine Ok have become one of my favourites this year and so has their 2M2H EP. From start to finish 2M2H is fun 80s inspired synth pop and it just sounds so good. Even when the duo's lyrics are a little more sombre on the likes of 'Without You', the rest of the track provides so much vibe that you almost wouldn't notice the underlying tone. The vocals during 'Carried Away' are probably my favourite thing about 2M2H; the almost call and response like chorus with those super high rad vocals singing back to the auto-tuned ones sounds so great. This New York two-piece are more than capable of being able to reach huge heights with songs that have the calibre of those featured on this EP. Stoked to see what they have in store for the future. 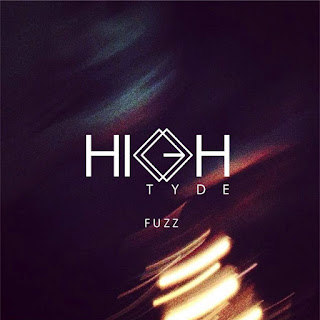 I've said it before and I'm not afraid to say it again. Going into 'Fuzz' having heard a couple of the tracks I wasn't overly stoked. But my God, you tie them altogether and this EP is absolutely seamless. High Tyde do being a genuinely interesting new "alt/indie" band really well. Opener 'Feel It' is a 2015 version of a song for the MySpace/Skins generation, that sounds as though it's been influenced by the likes of Foals and Klaxons. 'Talk To Frank' is the segway between the opening future party anthem and the rest of the EP which is far more toned down. As debut EPs go, Fuzz displays such a wide range of talent and potential from this Brighton four-piece. Personally, I'm kind of upset that I didn't think their second EP, 'Glow', released in November, lived up to what I believed this band were and are capable of. But I'm not worried, there's a lengthy future ahead of them yet. 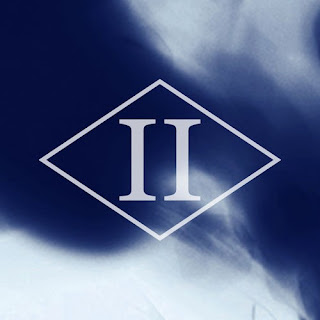 Y'all were trippin' if you didn't think I'd include Huntar on one of these end of year lists, but in doing so, I am finding it tricky not to repeat all my previous praise for this EP. It all starts with a radio tuning in which adds a nice little layer of concept that the other releases so far on this list don't possess. It's the subtle elements that I enjoy most about this EP though. Please excuse my severe lack of technical terms. The layering of the vocals at towards the end of 'The Woods' is really rad and that's a thing that should happen more in things. But let's not beat around the bush, title track 'Love I Know' is the clear banger here. Although I would really like a recorded live version of this track because the end is different live and sometimes I like to feel as though I'm at a rave at 4AM in the morning mid-way through an EP. I've obviously never been to a rave, and nor do I often stay up 'til 4 in the morning, but whatever. Fun fact: 'Loneliest Feeling' is actually the only track Huntar's made available as a standalone thing, that I didn't post on the blog... but since the release of this EP you'll be pleased to know I've really warmed to it. None of this stuff's on Soundcloud or anything anymore which is annoying so this will have to do.