Rachel Platten - Wildfire: The Line Between Liking and Disliking an Album 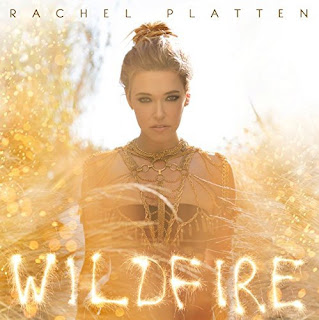 To me, Rachel Platten is essentially Taylor Swift if she'd kept on the mildly country/pop route, grew the fuck up a bit and was overall a far more bearable human. And none of that is supposed to be a disservice to Platten but that's kind of what I think she sounds like.

Platten's second album, her first to break out into the crazy "mainstream", 'Wildfire', raised a huge question for me - how do I determine whether I like or dislike an album? Like, where is the line and how do I draw it?! Are there a set amount of tracks that one has to like in order to enjoy an album overall? Do I need to mark each song individually out of 10 and then determine an average of all of the tracks to get an overall album score? Well, maybe not, but that's kind of that I've done.

So join me as I rate 'Wildfire' on a literal scale from banger to ballad.

Album opener Stand By You is the second single to be taken from 'Wildfire' and I must say I personally enjoy it far more than the first single, 'Fight Song', which we may as well discuss here too. Although I would probably give 'Fight Song' a 6, I don't really like the track itself but I can appreciate that it is a great pop song, it's just not for me. Having said that, even though I definitely enjoy 'Stand By You' more, objectively I don't think that it is a better song. It's probably a good choice for a follow up single though and deserves a 6 too.

Platten spoils us with the album BANGER so early on in the form of 'Hey Hey Hallelujah' featuring the vocal talent of Andy Grammar. I'm not going to lie, this is very close to the best that this album gets. Which by no means implies you shouldn't persevere with the rest of it but Christ it's excellent - 9/10. It's at this point that we enter a lull. 'Speechless' is far too close to a ballad for comfort even though it's not bad, it just verges on dull but I'd imagine it's something that people would like so I'd give it a 5. 'Beating Me Up' is another mildly above average song... A 6 probably. 'Better Place' is a ballad that happens straight after 'Fight Song', and I really don't need that so it gets a solid 3.

So now we're done with all that nonsense we're finally graced with another banger - 'Lone Ranger'. I think this is the sort of thing that people would be surprised to hear that I like. Ideally I think I'd like to give it a 7.5 but I'm happy to round up to 8 purely because of that fire middle eight. This is followed by equi-banger 'You Don't Want My Heart' which sounds very akin to an Ellie Goulding 'Delirium' cast off, which is funny because I don't believe there were any songs omitted from that album. Anyway, it's still very good and it gets a 7 from me.

And then we hit some whack hit hiatus. 'Angels In Chelsea' is a solid 4/10 almost ballad and I'm really super "no" about the whole thing. It's the "angels" stuff; if that wasn't a thing I may not be as opposed to it. Anyway we hit full on ballad on 'Astronauts'. No. That can have a 3. Oh wait, it's not a ballad it's just straight up awful. Thank God for 'Congratulations' because if it wasn't for this frankly excellent pop song, the latter half of 'Wildfire' would fall flat on its dull AF face. I'm not sure whether I want to give this song a higher score just because I've been put through the previous two songs and I know I've still got another dire ballad to go or because it's actually great. Benefit of the doubt, 'Congratulations' you've bagged yourself an 8. 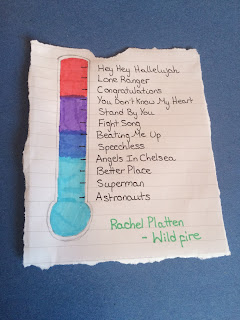 As previously hinted, final track 'Superman' is a full on ballad and if there's one thing I don't want from an album closer, this is sure as hell it. There's no way I'd ever listen to this album in full again because I'd get to the end of 'Congratulations' and just end the ordeal on a high note. Well, I guess unless I was just playing the album through and forgot about stopping it until it was too late. A solid 3 again for this one. What a shame.

So what conclusion can we draw from the bangerometer? Well it looks a lot more like a balladometer and that is totally not cool in the slightest. But the songs I did like on 'Wildfire' were really great. Unfortunately the record was let down by numerous tedious ballads and that all adds up to a slightly above average 5⅔. Seeing as we're no close to determining how it is that one decides whether they do or don't like an album maybe this is a format I'll continue with. And then maybe by the end of the year we'll have some answers?

I'd thoroughly enjoy hearing whether you agree and/or disagree on any of my ratings for these tracks, so please feel free to let me know below.