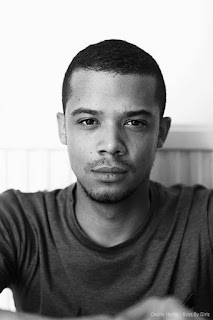 This has been a long time coming for Raleigh Ritchie, right? I mean, I first fell in love with 'Bloodsport' over two years ago when it featured on Jacob Anderson A.K.A. Raleigh Ritchie's Stronger Than Ever EP. Since early 2014 it's been a mildly frustrating wait, as a fan, for the big shots to take note of Ritchie and the super original music that he's making. It's almost a relief to hear 'Bloodsport' playlisted on the likes of Radio 1, let alone featuring on the A list.

As they say, good things come to those who wait and we're set to receive Raleigh Ritchie's debut album, 'You're A Man Now Boy', at the end of February. As we've discussed numerous times on WIIHAMB, deluxe and standard editions of albums don't actually exist, so because of too many reasons to bear delving into again, deluxe editions are the only editions. 'You're A Man Now Boy' features a whopping 18 tracks however we have heard a great deal of them before by way of songs lifted from earlier EPs 'The Middle Child' and the previously mentioned 'Stronger Than Ever' as well as some bits in between. However, as we've seen on 'Bloodsport 15', I don't doubt that the majority of these tracks will be laced with some slicker production and additional niceties for the album.

Until the album release, hopefully we can expect to be drip-fed teasers of new music for the next month or so and that's where 'Keep It Simple' comes in. This is one of the poppiest tracks we've heard from Ritchie and unsurprisingly it works a treat and is radio friendly to the max. Although, I guess that shouldn't really be a factor in gauging how good a song is. 'Keep It Simple' also features fellow British rising star, Stormzy, which is nice to hear. The two artists work really well together on this track, and Stormzy's verse is a fitting contrast to the rest of the song. Any concern that Raleigh Ritchie's quirk and charm is lost in this track is completely resolved during the outro, where Anderson backtracks on his thoughts about the girl in the song, concluding with "maybe I just won't call her".