Scott Quinn - There For You

Apologies for the self-indulgent me talking about me post but hopefully it'll come together in the end.

Also Blogger is a prick and I had this all written and I've had to re-write it and I'm really upset but whatever.

I have a huge problem with change. And that's change in any aspect of life. I like routine and I don't like to be surprised. I like things to be just so and for them to be that way from now until the rest of ever. So this obviously poses problems for me and an art from as dynamic as music. Like, for real. I tend not to make it past the debut album with the majority of bands/artists I listen to, just because naturally their sound progresses and I just stop liking it altogether. It was around this time last year when I realised that I needed to get the fuck over myself. Artists that I had "tipped" for 2015 started releasing songs I really didn't like because they were different to what I was used to. And it took me an embarrassing amount of time to realise that the music wasn't bad at all, it just sounded new and I had to embrace that. 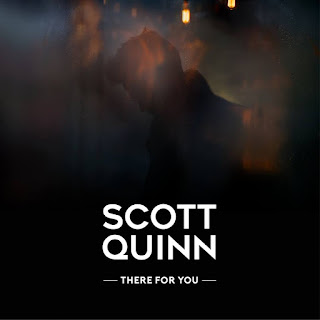 Which, believe it or not, brings us on to Scott Quinn. Scott Quinn released an EP early last year called Lust Game and it is unofficially one of my favourite EPs of 2015. I'm finding it tricky to pinpoint exactly what it is about Lust Game that I enjoyed so much but there's just something really warm and fresh about it. What? I don't know. It's here, you can listen to it and download it for absolutely £0. I oringally had another sentence here but I have no idea what it was so I'll just fill the space with this one instead.

So now it's 2016 and Quinn has released a brand new song and I was so over the moon crazy excited to hear it but re the whole not liking change thing, I was concerned that I wouldn't like it. I listened to 'There For You' for the first time and felt very "oh." about the situation because it's completely different from what I expected. And you know what? New and improved me is totally cool with that. 'There For You’ is less big pop song than what we heard on 'Lust Game’ but more vibey R&B slow burning jam. Honestly I was expecting something a little "grander" but I'm really happy with what we have and after a day of listening to this non-stop I'm pretty much sold on it. There's so much more time for Scott Quinn too, not one iota of me is concerned for his future. There are huge things to come, I'm sure of it.