Chinah - Once The Lights Are On

As of last week, Chinah are currently my favourite band. They're also the first "band" I've posted about twice this year and I really hope that comes across as a testament to how much I love them. 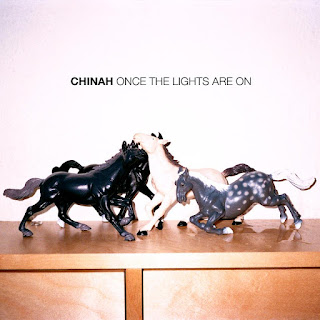 For anyone not in the loop, (you poor thing, look at what you've been missing out on!) Chinah are a three-piece from Denmark and they're absolutely excellent. As well as that, they've just released their debut EP Once The Lights Are On which is equally as fantastic. I'm always a little skeptical when it comes to debut releases, especially when there's very little talk about tracklisting on the run-up to the release date. The concern is that a band's debut EP will just feature the few tracks we've already heard and nothing new, and I was worried about Chinah's debut following suit.

That'll teach me to think so little of a band as incredible as Chinah. Not only does Once The Lights Are On feature the three tracks we've all come to love over the last six months ('We Go Back', 'Minds' and 'Away From Me'), and recent EP teaser track 'Colder', but we're also treated to two more songs we've never heard studio versions of before. 'Never The Same' is a sassy sounding number with a catchy as hell chorus whilst 'If You Can Feel This' is a minimalist haunting close to the EP. 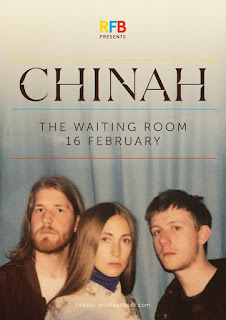 Alongside the excitement this EP has stirred up, Chinah also took off across Europe for a string of live dates. Since first seeing Chinah back in September there have been very few things I've wanted from music more than to watch them perform again. With this genre of alt-pop, I find there's always a risk of it coming across as quite dull in a live setting but Chinah manage to dispel any trace of boredom within the first few seconds of their set. After opening with Minds, frontwoman Fine Glindvad announces that this is the band's first headline show outside of Denmark and that they were going to play all of their songs, before launching into 'We Go Back'. There's something extra exciting about seeing a band early enough in their career that the only way they can fill their set-list at a headline gig is by playing every single song they have.

And you'd want nothing less. From the get go Chinah are unbelievably captivating; putting a live spin on to the songs we're familiar with there's never a dull moment. My favourite thing about Chinah is how humble and overwhelmed they seem as they finish 'Away From Me' and the basement that is Stoke Newington's Waiting Room erupts with applause that seems to last for minutes. It's at that point where I'm reassured that everyone in the room feels the same excitement I do for what the future has to hold for the trio; undoubtedly prosperous.