Wasn't Expecting That: D/C - Longing For You

Some songs D/C had online at one point aren't online anymore so for the purpose of this post we're going to pretend that they never actually existed. 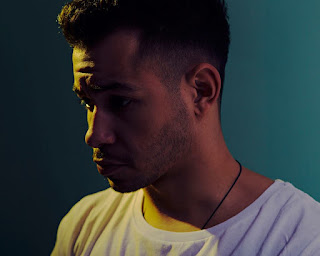 London based Daniel Caplen recently uploaded a couple of demos to his Soundcloud page. These are now the only two tracks that feature on his stream alongside his October 2014 single 'The Fall', which I liked very much at the time. Anyway, so these demos; I never know what to really think about demos. Are they real? Are they not real? Will we hear them again when they're different or is this the beginning and the end of these songs? Basically, the point is, unlike various other blogs, despite looking immensely forward to listening to both 'Bad Man' and 'All My Sins', I just didn't (and still don't) really like them. And hey, I can see you frown, don't get me wrong, both of these tracks are really good, for real. They're just not for me.

After this, I didn't expect that two weeks later D/C would be throwing out a brand new fully mixed single for us to bite on. 'Longing For You' is such a step up from tracks like 'The Fall', you could undeniably refer to this "step" as a leap up. Something instantaneously noticeable about this new song is the tempo, it's far faster than the other tracks and I think that's what makes it so exciting from the word go. Along with the percussion driving 'Longing For You' forward the whole way through, the vocals layered throughout really take the wheel. My favourite thing about this track, though, is that despite being an epic R&B jam, it's perfectly crafted for dancing to, and whether that was intentional or not, I do not care because it's great. MORE PLEASE D/C.