The Thing About Grumble Bee Is.. 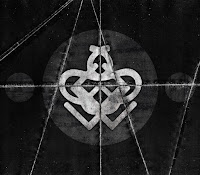 I couldn't really fit this anywhere else and it looks as though I might actually catch up with things by the end of the month (EDIT: LOL no I won't) so I thought this could have its own post. Now watch me not put anything else up for the rest of the month and see me full on crying about it in a week's time.

I interviewed Grumble Bee for New Roots last month, you can find that here. (There was also some stuff from that that was held back is going to be in next month's issue but to be quite honest, who knows what's going on. Hopefully they are though because there was some cool bits in that. Anyway...)

I like Grumble Bee, and I like Jack Bennett too, but you know I'm always honest with ya, right?

Bennett has been doing some acoustic Grumble Bee shows recently and you'll recal (you probably won't) me saying a couple of months ago that that was something I was really looking forward to seeing. At the time I don't think I'd seen him live at all... or maybe I had once? Regardless, the acoustic set up was definitely a thing I was intrigued by. And lo and behold, it's something I saw in all it's glory at Slam Dunk festival and I was really impressed. The best bit is that now you can also experience how good this whole Grumble Bee x Acoustic thing is without moving a muscle. (Not technically true, you will have to move a few to click play, but you know what I mean.)

The thing is, I don't think the full band Grumble Bee live experience is half as good as this. On record, obviously, it sounds excellent, but in real life there's something about all of the super technicalness and the necessity for everything to be really tight that just hasn't come across on the couple of times I have seen it. And that's a real shame. But let's not dwell on that because this live acoustic "session" situation is what we're here for, and for that, I am thankful.
---
BLOGLOVIN / TWITTER / TUMBLR / INSTAGRAM