I heard you were feeling hypothetically delicate after yesterday's antics. Don't worry, I've even factored that in. Let's get on with it then.

We kick off day two with one of the acts I am by far the most excited about seeing this weekend and that is Klyne at 1:45pm at Komedia. Last year I fell so in love with Thomston when I saw him early in the afternoon that I went to see him again the same evening, and I fear that's going to happen this year with Klyne. Which although it would be ideal for me, wouldn't be ideal in terms of the rest of my schedule... Have you heard 'Don't Stop' though? Man, they're gonna be so good. This is where things get a little tricky because I'm at a bit of a loss for plans on Friday afternoon. At 3:30pm there's a late addition to my schedule, James TW, who'll be playing some chill acoustic (but definitely not boring) songs at Spiegelpub. This clashes however with this year's Vevo mystery act's acoustic slot at Wagner Hall... As far as I'm aware this is still yet to be revealed but I'm sure it won't be long until someone lets it slip. Also Stevie (formerly Steve) Appleton, you know off of should have been huge but for some reason unbeknown to anyone wasn't? Yeah, well he's playing at The Mesmerist at some point on Friday but their Facebook event doesn't seem sure when so naturally I haven't a bloody clue.

Dinner suggestion: The world is your oyster on Friday really, so why not head a little further afield, maybe up to Meat Liquor seeing as if you're going by my plans, you'll have ample time. Else, just sit in Spoons really.

Essentially you want to make your way back down to the seafront for 6.45pm to see Louis Mattrs open Coalition's evening proceedings but providing they're running on time I would advise hopping over to Shoosh (despite it being the most dreadful of places, we used to have one in Croydon, but it's gone now, thankfully) at 7pm for D/C. Both artists put their own fresh spin on RnB and are worth catching if running between venues is your style. If you're feeling risky, continue along the coast to Volks where Crawley based techy trio Press To Meco bring alt-rock harmonies to the stage at 7:50pm. I say this is risky because you really want to make it in to Patterns by 8:30pm to see rising RnB starlet Mabel. The thing is, a lot of other people are also probably going to want to see Mabel too so I'd definitely get there for 8pm at the latest. Then once you're in, get comfortable (but not too comfortable) because Lady Leshurr, a prominent figure in the UK's hip hop scene in at the moment, takes to the stage an hour later at 9:30pm. 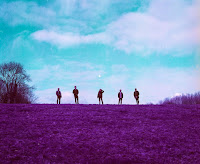 Now, really, you want to go and see Samm Henshaw at Komedia at 10pm, but it's a little walk up and I can't vouch entirely for you getting in, so it might be worth stopping off at The Mesmerist on your way up instead, to see Lisbon, also on at 10pm. However this is an Alt Escape show and considering they're a pretty rad band on at a pretty peak time on a Friday night, I can't really guarantee you a spot there either. Anyway, at whichever point you so choose, head on up to Komedia regardless because Nimmo are on at 11:30pm and trust me, they're good enough when you're sober but once you've got some beers down you, not dancing will be impossible. From then on, I'm happy for you to let the beers guide you as long as you manage to stumble back through the doors of Coalition by 1:15am to catch Kudu Blue. They're my new faves and I'm hoping that watching them play a live show at this super ridiculous hour will be the most fun thing ever. I could be wrong, but I highly doubt it.

You know the score, check back tomorrow for your final instalment!