You may/may not remember that last year I was a little lost for things to see/do on Saturday and taking this into account, I'd also planned to leave early-ish on in the evening too. Well, not this year folks, strap yourself in for a fun-packed final day at The Great Escape 2016. 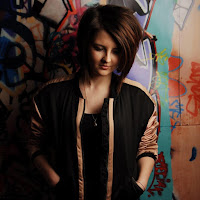 It's late kick off on Saturday afternoon and after the night I assume I've probably had on Friday, there are no complaints from me. It wouldn't be right to start anywhere other than a pub so that's exactly where we're heading as the Black Lion who host Emily Burns at 2:45pm. I fell in love with Burns at the end of 2014 but she's been very quiet on the musical front since early last year and all her music was removed from Soundcloud, which I'm hoping means a nice little re-launch in the very near future. She does acousti-pop stuff, similar to Jerry Williams a bit, I guess, and has such a lovely voice. Go watch her, it's free. If Alt Escape is your weapon of choice this weekend, definitely stick around the Black Lion to catch Asha straight after at 3:30pm. I believe, but I'm not sure I've been able to confirm, that Asha is from Croydon, which if that is the case, is really cool, if not then she's still cool and it doesn't really matter. Her songs have a super sleek RnB sound and I personally can't wait to see her live. However, I can't pass up the chance to see Shakka at Paganini Ballroom at 3:15pm. Shakka released one of the most interesting "concept" EPs I heard last year and having seen clips previous live performances, his vocals are mad for an artist erring on the hip hop side of RnB. Also he's playing an entire 45 set which sounds so dreamy.

Dinner suggestion: It's Saturday and I could murder a pizza. But I'm a pesky gluten free hoe and in light of that, I can't not point to Becky/Gluten Free Cuppa Tea's gluten free guide to Brighton. There's so much on here that's great for coeliacs and normal people. All praise Becky.

At 6:15pm my new favourite indie band (although to be quite honest, I don't have many favourite indie bands, but if I did, Vitamin would probably still be my new favourite one) are opening up DIY's night at the Corn Exchange. It's then back down to seafront venue Coalition for Muna at 7pm. I'm not so fussed about Muna, but other blogs and a fair few of my mates seem to be very into the all female three-piece so it feels wrong not to give their live show a chance. This is quickly followed up with Muncie Girls at The Haunt at 7:30pm. This is the first and only time I've included The Haunt this year, mostly because I'm not too bothered about anything going on there, but also because I always have a bout of bad luck when The Haunt and TGE collide. But hopefully you shouldn't have too much trouble making it inside for the Exeter based punk three-piece. And then make your way back down to Shoosh (*eyeroll* I know) to see Zak Abel at 8:30pm. If you haven't heard any of his solo stuff before, you've definitely heard him feature on various electronic/dance songs over the past couple of years. One to keep an eye on for sure. 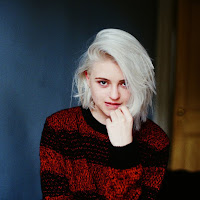 There's a hell of a lot on on Saturday night but nothing that I'm majorly fussed about, so amuse yourselves and do some wandering for an hour or so and then definitely check out Kloe at Wagner Hall at 10:30pm. Wagner Hall plays host to Vevo's showcases all weekend at TGE and is always a very popular venue so it's hard to tell how busy it would be. I probably wouldn't advise getting there much later than 10pm if you want to catch Kloe. She's probably my favourite pop artiste in existence right now and she's both hilarious and sassy as hell live. After that, I'm conflicted, because following Kloe is SG Lewis at 11:30pm, and on a Saturday night, I reckon it's gonna be pretty rammed in there for him, so if you're already inside... it's probably best to stay there. (And Loyle Carner is on after him too.) BUT what you may want to do is see Ekkah at The Synergy Centre on West Street, also at 11:30pm. The female duo are so fun live and execute their 80s-esque pop music on stage in the most perfect of ways. The struggle here is simply venue capacity. If you leave Wagner Hall, the chances of you getting back in any time soon after are slim, but similarly, The Synergy Centre is only a 400 capacity venue. I can't help here I'm afraid folks. Final stop for the weekend, if you're still standing, is Kyko at Brighthelm at 1:30am. Kyko's summery indie pop, I'd imagine, will be quite the vibe to dance the night away to.

So there we have it, your almost foolproof clashless guide to The Great Escape 2016. See you in the pit... or probably at the bar.
---
BLOGLOVIN / TWITTER / TUMBLR / INSTAGRAM