It's that time again, The mighty Great Escape is almost upon us. For late planners and unorganised humans akin to myself, I've planned your ultra super rad weekend for you! Taking into consideration stage times, popularity, venue capacity and distance between venues, here's the plan:

Let us not waste a moment as we stroll into what's (as always) set to be a cloudy Thursday afternoon with Jerry Williams at 12:30pm at Marwood Coffee Shop as the first stop for the Alt Escape. Williams is my absolute fave south coast pop star to be and although she's halved her number of Great/Alt Escape performances since last year (i.e. she played four times in 2015, but is only scheduled for twice this year), her infectious indie-verging-on-folk-at-points-pop is worth checking out. This is quickly followed up by Rozelle up the road at The Hope (And Ruin) at 1pm. I saw Rozelle a couple of months ago with no background knowledge on them and was thoroughly intrigued, so it's definitely worth popping in to see this dual female fronted alt-rock/pop amalgamation.

The rest of your afternoon looks a little like this: 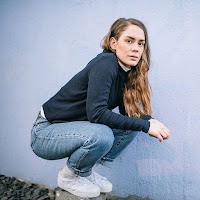 The internet's very own hype boy Coleman Hell performs at The Green Door Store at 2pm. Essentially he's like if a Canadian solo artist took Avicii's country/dance and ran with it into oblivion. But his single '2 Heads' has racked up over 13.5 million views on YouTube, so there must be something to see here. There's then half an hour for you to make your way from the northern most point on the TGE map right down to the end of the pier for Anna of the North in Horatio's at 3pm. Although Anna does play TGE three times this weekend, Horatio's is likely to be the quietest of the three shows, so it's worth ticking her whistful brand of Scandi-pop off your to do list on Thursday.  The final stop before dinner is Sam Wills at The New Road pop-up Stage at 4:30pm. This is a new stage for 2016 and I'm dubious about how it'll pan out with what's looking to be a pretty dismal three days weather-wise. Anyway, Sussex local Wills released his debut EP last week, with a helping hand from both Karma Kid and Tom Misch, Wills' electro/RnB stance is a worthy stop.

Dinner suggestion: Wahaca
Incredible Mexican street food, their new branch is right on the corner of the southern end of New Road and it would be stupid to eat anywhere else.

But make it snappy because you need to get all the way down to Concorde 2 for Lawrence Taylor at 6:15pm for powerful vocals and catchy as hell guitar lines, the trek east is most definitely worth it. On your way back into the city centre pop in to Volks at 7pm to catch Croydon rock trio Bad Sign open up Scuzz's Alt Escape event. Signed to Basick Records, they're just the band you need to amp up your evening. A stroll up to Komedia for 8pm will find you dancing along to 'Backbeat' banger Norwegian singer Dagny. Our second Norwegian of the day! All hail the Scandi-pop.

In a complete genre shift, you'll find Jack Bennett A.K.A. Grumble Bee up in the Prince Albert at 9:30pm. His single-handed approach to song-writing makes for powerful and heartfelt slabs of rock and some of the most impressive instrumentation you'll see/hear on Thursday at least. Frustratingly, Greywind at playing down on the seafront at The Hub at 10pm and if you watch the entirety of Grumble Bee's set, there's no way you'll catch more than the final 10 minutes of Greywind, unless The Hub are running behind schedule which definitely isn't unheard of at TGE. But, at 11:30pm Youth Club are on back up at Prince Albert and I swear you do not want to miss them, especially if you've had a couple of beers, they are THE party band and they're unbelievably tight live. For real. Don't miss them. So if the pub is looking busy after Grumble Bee's set, it might be best just to stay there. Finally, if you're as merry as can be expected at midnight on a Thursday night, and if it's on your way home, pop into Sticky Mike's Frog Bar to catch Charley Marley at 12:30am. He used to front Lonsdale Boys Club who put out this BANGER a few years ago, and now he does music guaranteed to get you dancing (and maybe cringing at the same time, but at this time of night, who really cares).