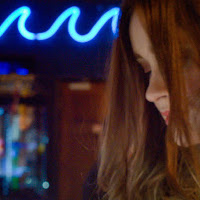 Oh Jerry, Jerry, Jerry. Miss Williams has been one of my low key faves for the past two years or so and back in September she released an EP (technically her third, I think) titled Let's Just Forget It. Unfortunately I was not a fan of this short body of work, which I was really cut up about because I think Jerry Williams is really great and it hurts when you don't like something from someone you do really like. But it's all fine because it's okay not to like everything and it doesn't mean whatever you don't like is bad, it just means you don't like it. Got it? Good. I think the universe should push that point harder.

I first heard 'Velcro' when Jerry played it live around November 2015 time and I fell in love with it. I turned to Ant Gin (friend of the blog, also PRs the lady in question) and exclaimed that "this is the one". As expected, he nodded and continued about his life as if I had said nothing at all. 'Velcro' is completely the opposite kind of vibe to anything that I usually like but it's so captivating. It's the cutest love song you've heard this week, this month, this year, ever. It's almost as if the more you strip something back, the more it gives. That makes no sense but all there is to 'Velcro' is the guitar, Williams' vocals and some finger snaps, it's so pure and serene but still manages to be a catchy pop song. God, I wish every radio station on the planet would playlist this.

EDIT: Forgot to say (because I don't actually read press releases) that Jerry Williams is playing  hometown (Portsmouth) and London headlines next month. You should probably get to one of those.