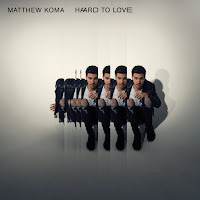 I was going to post this separately, and then I wasn't, and then it came on shuffle during the week and I thought "this does deserve its own post". I love things that are self-aware and that reference things they shouldn't really reference. Like, you know when characters in TV shows talk about other TV shows? I love that. It's actually one of the main reasons why I'm so invested in Wes Craven's Scream series, all the way through from the original film to the TV series. And for me this kind of thing permeates through to music too but it has to be done with an ounce of subtlety or intelligence or, as in this case, self-deprocation.


Chances are, you'll be aware of Matthew Koma's work because, as he so eloquently puts it, his "voice was on like every fucking house track". Which isn't quite true, although Koma has been dial-a-feat for many songs (that sounds far more like I'm taking shots than I am, I'm not), not all of them can be classified as house; please see The Knocks' 'I Wish (My Taylor Swift)'. Back to the point, Koma's new single 'Hard To Love' is quite the opposite, it's rather endearing actually, hearing someone sing about themselves in this particular manner. The real gem, just when you think you've heard it all, is the sample of Beck's 'Loser' that appears straight out of nowhere at the middle eight. With songs as good as this Matthew Koma will (hopefully) be a star in his own right in no time.