This list is pretty haphazard and not really too well thought out but it's almost a pre-requisite to having a blog, isn't it? So strap in for a wild ride. First some honourable mentions: 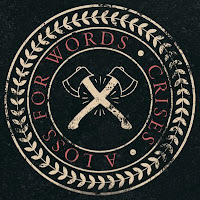 Is it fair to include the final album from my favourite band ever if it was only released two days ago? Well, as I told you yesterday, my blog, my rules. Obviously I haven't listened to Crises enough for it to truly be one of my albums of the year but I think I'd really regret not including it, especially considering how much their previous album, Before It Caves, grew on me. There's a lot going on throughout this record, notably the sheer number of guest features, which would typically be a criticism but it's so welcome given this is the band's final full-length. Reminiscent of their earlier material 'Lucida' and 'Oh Fractal Heart' are clear stand outs whereas tracks like opener 'Existential Crisis at the Cask 'n Flagon' build on the themes on A Loss For Words' last album. The most heartbreaking thing is that we'll never get to hear these songs live. RIP A Loss For Words.
Apple Music / Spotify 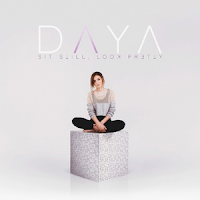 So this is kind of different, huh? There's generally an expectation that debut albums from major label signed 18 year old female pop singer's are going to be pretty cookie cutter boardroom penned radio hits for the masses. Not Sit Still, Look Pretty, and that's very apparent straight away during first track, 'Dare'. Sure, there are some songs on here that are suitably average, but disgustingly infectious and fun tracks like 'Thirsty', 'Talk' and 'Cool' really make up for it. Essentially, the same team had a hand in writing the majority of her songs on this record, which is interesting not only because the songs are all really good pop hits, but they also all seem to encapsulate what Daya is about pretty well. Although, it is a little disappointing how few writing credits Daya herself has. It's also a mild travesty that Daya isn't world renowned and huge after the year she's had with The Chainsmoker's 'Don't Look Down' along with her own viral hit 'Hide Away'. Here's to the future for a truly exciting commercial pop act.
Apple Music / Spotify 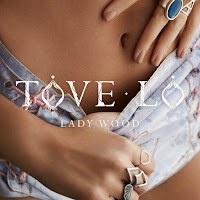 The mighty return of our Swedish queen, Tove Lo. I'm not generally a fan of the concept album but Tove Lo seems to make them make sense. Tove Lo's debut, Queen Of The Clouds, was my album of the year back in 2014 and obviously I haven't enjoyed Lady Wood as much, but anyone who claims this album isn't good is downright incorrect. Our queen is simply the master of the middle eight. How does she do it? A perfect middle eight at every turn strewn through impeccably crafted electronically tinged pop music. It's really refreshing to be graced with a popstar who is so open about their sexuality in a genuine and uncontrived way as Tove Lo is. For that to then go hand in hand with the music that she's making as well as the Fairy Dust short film that went alongside the first half of this album is an absolute dream. Which brings me to the masterpiece that is 'Vibes' - has there ever been a more perfect "Are you sure this is the best one of the album? Oh shit, she just did THAT."? No, I didn't think so.
Apple Music / Spotify 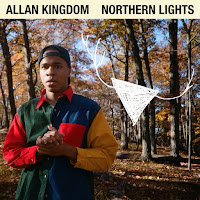 I truly did not expect to be taken by this album(/mixtape... not sure what this is billed as) as I was and as I still am. I don't really think I'd heard much from Allan Kingdom other than his hook on Kanye's 'All Day' but here we are with Northern Lights sitting pretty in my top ten albums of the year. I'm in awe of a hip hop artist being able to create tracks as catchy as Kingdom does without the helping hand of guest artists on every chorus. With tracks like 'The Ride', 'Disconnect' and 'Monkey See', this is the kind of album I would gladly hand over to anyone who wasn't a fan of hip hop to show them what they've been missing out on. Kingdom has such a unique style of delivery it makes for such a captivating record especially amongst so many young rappers, it's a feat just to push through. I've gotta hand it to D.R.A.M. on 'Renovate' too; have you heard a more iconic duo from 2016? I'll wait.
Apple Music / Spotify 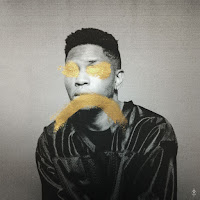 Ology deserved far more of my time and everyone else's in 2016. Gallant has had the most wild year and I could not be more stoked for such a genuinely incredible artist to truly be doing so well. I've been a fan of Gallant for a couple of years and I don't think I would have ever predicted the meteoric rise that he's seen, despite Ology being a genuine masterclass in R&B. Whether it's soul laden 'Shotgun', pop-centric 'Episode' or the straight up seductive current R&B vibes of 'Miyazaki', this album has it all. It's also a given that Gallant's vocals are out of this world throughout but you truly have not heard even a morsel of his capabilities until you've seen him live. It will blow your mind. I've just checked out the producers on the album and I had no idea the majority of the tracks were produced by STiNT whose tracks/remixes I've praised previously on the blog, AND there's a track produced by my fave Maths Time Joy, who knew!
Apple Music / Spotify

Catch you tomorrow for my top five albums of 2016.