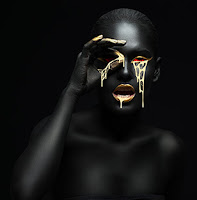 I have no idea who Whethan is but this track is mad real.

Some cold hard facts for you, Whethan's real name is Ethan Snoreck, which I guess makes a little bit of sense. Oh, Whethan is a school nickname, right, there we go! Although, Snoreck is such a great surname, imagine not using that for your stage name. I reckon I'd drop the Ethan but and literally just go for Snoreck. Undeniably great. Maybe it's just one of those things where you don't notice how good it is because you've had it your whole life? From reading his website bio I have also learnt that Whethan is (or at least was, at the time of writing) 17 years old and from Chicago. He was also the youngest producer to have a record released on Future Classic which bodes really well because nigh on everything on Future Classic is impeccable.

Whethan's just released a single featuring both Flux Pavilion and MAX. We are all well aware that MAX is a great feat artist so we're off to a good start. Does Flux Pavilion usually feat on stuff? I don't really know, but he's definitely a welcome addition to the squad on 'Savage'. I really rate Flux Pavilion, actually, whilst we're here, I went to see him at The Great Escape a few years ago playing a full band set at two o'clock in the morning or something ridiculous and it was exceedingly good.

So if we mix all of that together we are left with 'Savage' a highly inoffensive mixture of pop and trap that would most probably go down quite swimmingly at any Christmas or New Years party. I always find it a little disappointing that good EDM like this doesn't seem to cross over to the mainstream that often. Think of all of the vibes that could be had! If I was hosting a party at any point in the next month I'd add this to the soiree playlist at least three times.