What are you talking about? No of course I haven't rush written this list because I've realised it's 27th December. Calm down.

First thing's first, I have listened to so much music this year and therefore could not possibly fit everything in to two Top Ten lists so my honourable EP mentions are as follows: 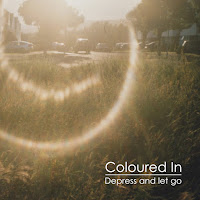 If you'd told me at the start of the year that one of my End Of Year lists was going to include a release that features an eight minute long song I would not have believed you. Yet here we are. Coloured In are a grunge/punk three piece from Kent and are probably the most obscure band on this list in terms of what I'm generally into but I was really taken aback by Depress and Let Go. Despite it's dark and gloominess the almost pop rock hooks on both 'Slow' and the nigh on nine minute spectacle 'Sideways' reeled me in. Coloured In's grasp of grunge is so impressive for a band so young in their career. With the EP's title in mind, this isn't a release to accompany your moping, it's one to soundtrack you being your very best: "You can change the world, you must change the world."
Apple Music / Spotify 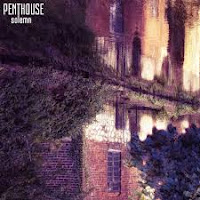 I have Isha and New Roots to thank for this one. I reviewed Solemn for the final issue of New Roots a few months back and I was really surprised by the calibre of tracks on this EP considering Penthouse have only been being Penthouse since the start of the year. At the crux of it, I guess Penthouse kind of come from the same scene as Coloured In but these two releases sound completely different. On Solemn, Penthouse take us on a wild journey down every punk alley they could cram into 20 minutes; from the the blink and you'll miss it pop punk on 'Heatwave' to the grunge laden 'Black Shoes', squeezed between songs during which they really hone their craft on either side. I've just seen on The Internet that they've gone through some line-up changes recently and I truly hope that doesn't stunt what the band have started on this debut EP because it's stellar.
Apple Music / Spotify 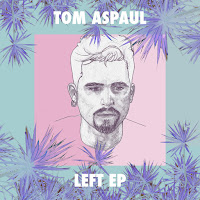 How could I even dream of not including Tom Aspaul? I couldn't. LEFT is Aspaul's first proper solo release, you know, something that wasn't just a standalone single, for about a year and a half and what a welcome return it is! LEFT is a bitesize taster of slightly peculiar sounding excellently produced pop. I absolutely adore Aspaul's songwriting, it feels miles apart from anything that other artists are bringing out. Both 'Burnt Out' and 'Messy' are the perfect pre-drink songs, tracks to get you just the perfect amount of party ready. Those tracks intertwined with the slightly more mellow 'Never Complaining' and 'Perfection' make for one of the year's most flawless EPs. If you'd like to hear more about the LEFT EP right from Tom Aspaul's mouth you can check out the first episode of The Middle Eight Podcast right here.
Apple Music / Spotify 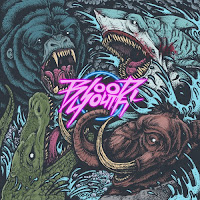 Blood Youth's second EP, Closure, is another one that I reviewed for New Roots earlier on in the year and I'm still as hung up as I was then that the run-time for this release is a mere 13 minutes. As far as British metal bands and releases go for 2016 it's only too right that Blood Youth should be regarded amongst those like Architects and Bury Tomorrow. The diversity in the four piece's skill-set is apparent almost immediately apparent as serene opener 'Breathe' launches into the audacious '24/7'. I genuinely haven't enjoyed a truly heavy record this year as much as I've enjoyed Closure, especially the absolutely incredible 'Mood Swings'. It's not easy to fit in a hooky sing-along chorus like the one in this song in to a release like this and maintain the heaviness and integrity throughout. Blood Youth are definitely releasing an album next year and I'm super stoked for it.
Apple Music / Spotify 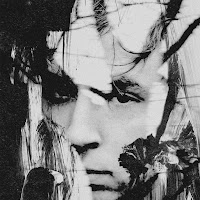 I first posted JMR's singles 'Shivers' and 'Closer' way back in 2014 and I don't think I'd heard anything from him until wham March this year, Ritual appears and everything was, in that moment, perfect. This is probably the most sonically stunning release on this list, I think, from start to finish it's just absolutely beautiful. Vocally, JMR is absolutely faultless throughout and the production on every track is so sleek. Criticise me as much as you like for the fact that I am madly in love with the "ballads" on Ritual but I dare you to listen to 'Shivers' and not cry... or at least become mildly overwhelmed with emotion. What I love the most about Ritual is the shift from the first three tracks to the more upbeat 'Found My Religion' and 'Bad For Good'. This EP is genuinely a masterclass in how to pull off incredible R&B. There are also hints that some new JMR stuff in on the way and I am so excited.
Apple Music / Spotify