Check out part one of this little list here otherwise you won't know what the hell is going on. Well, you will, I'd hope you'd be able to grasp how a list works, but just check it out anyway, will you? 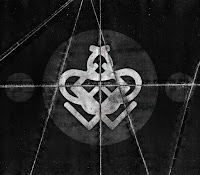 Disconnect is the first of three debut EPs in a row in this half of my top ten. Grumble Bee is just one guy, Jack Bennett, and it still blows my mind a little bit that (I think I'm right in saying this) everything on this EP, all the parts, were written by Bennett himself. Not only is Disconnect a great rock release it's complex and well thought out. Back in May I interviewed Bennett for New Roots (New Roots seems to have played a large part in this list thus far) and he mentioned about wanting to support Dance Gavin Dance on their Autumn tour. I made the assumption that they were a fairly big influence and it makes sense with the layering and twists and turns throughout Disconnect. Alongside that Bennett's raspy vocals are incredible on every track. Grumble Bee has been a really nice addition to British rock in 2016.
Apple Music / Spotify

4. CHINAH - Once The Lights Are On 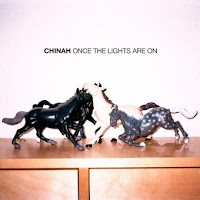 I haven't listened to everyone's favourite Danish trio for a little while but going back through releases this year Once The Lights Are On is one that stood out a mile. So very precious. From start to finish this EP is the absolute most pure thing ever, incredibly crafted indie pop songs with a dash of R&B and some super tight production. Tracks like 'We Go Back' and 'Away From Me' are so subtly infectious, as well. CHINAH's choruses aren't blatantly catchy but you'll inevitably find yourself singing and nodding along to tracks from Once The Lights Are On long after you've finished listening. In a fairly unexpected turn of events this is the only Nordic band/artist to feature in my EPs list. Listening to this EP again, there's something about it that really connects (in my head, at least) with the colder months, so what an amazing time to visit or revisit it.
Apple Music / Spotify 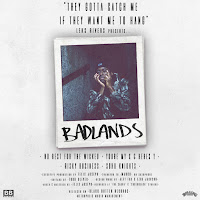 I've said so much about Léks Rivers recently (and there's more to come next week too) that I'm quite literally running out of words in the from the English dictionary. Four track EP Badlands was released less that a month ago but three weeks is more than enough time to fall in love with something, right? The oldest song of the four is 'Soho Knights', originally "released" last year, it's been given a re-vamp for the EP with enhanced (technical term to follow) brass bits. Overall, I'm just absolutely fascinated with the amount of elements, genres, and stories packed in to the space of 15 minutes. Badlands isn't instantaneously or typically catchy and it's quite blatantly not written for radio but it's so diverse and it'll keep you on your toes from start to finish, there's genuinely something for everybody on here.
Apple Music / Spotify 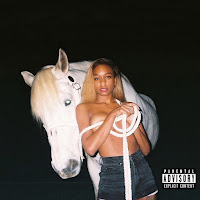 I was not familiar with ABRA's work prior to PRINCESS but god damn do I feel like I've been missing out now. There has not been a body of work released this year more intrusively seductive than this EP. If I owned a seedy club I'd just put this on repeat all day every day. I don't know if it comes from watching the videos but PRINCESS conjures up images shrouded in neon pink for me. Abra's dark electronic infused R&B is really sets her apart from other artists but there are still various hints of commercial appeal scattered throughout. 'CRYBABY' is not only my favourite track on this EP but one of my favourites of the year, not least for THAT line about Poseidon. ABRA, the girl I both want to be and want to be with.
Apple Music / Spotify 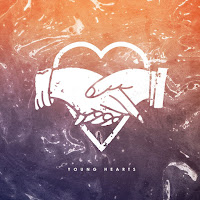 Disclaimer: I'm counting Young Hearts as an EP because even though it has seven entire tracks, it's only 22 minutes long. My blog, my rules, @ me if you have a problem with it. I loved this EP when I heard it; I loved it even more when life happened and the songs on this EP clicked. To me, it's a really strange concept to relate to someone else's lyrics and story, so it's absolutely nuts that that's how I feel about so much of Young Hearts. Omaha have hands down written and performed seven really great pop rock songs, and the fact that the lyrics aren't shrouded in metaphors makes this a relatable release for pretty much anyone who has had a rocky relationship with someone else. Is this EP critically speaking "better" than the other releases on this list? Maybe not, but it's definitely the one I've enjoyed the most in 2016. The most upsetting thing about this is that Omaha don't seem to be a band anymore. They've changed their name on Twitter to Glaciers and I can't find their Facebook page at all. There's some kind of metaphor for the story of my life lost in here. It's been half an hour since I discovered Omaha's change/demise and I don't really know what to do with myself...
Apple Music / Spotify